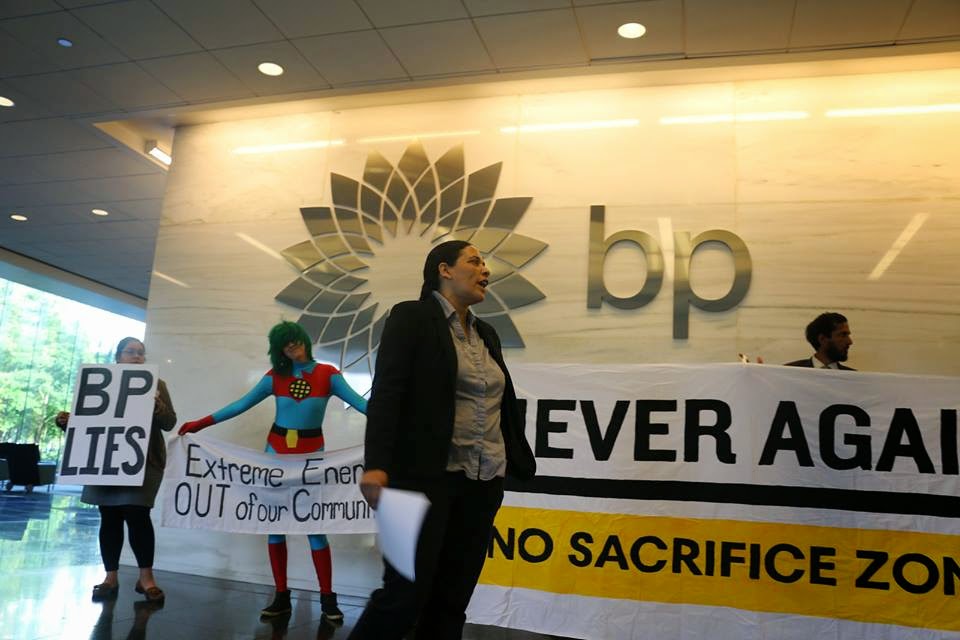 BREAKING: Six Gulf Coast residents were arrested this morning inside BP’s Houston headquarters ahead of the upcoming five-year anniversary of the biggest marine oil disaster in history.

"The truth is that the oil is still here, and so are we. And we will not let these foreign invaders destroy us. We are the Gulf Coast – every grass, every turtle and dolphin, every fisher folk, every beach, every single one. We, like the Earth herself, have a right to live. We have a right to thrive. Anyone who keeps us from that is an enemy to us. This is our battle. This is everyone's battle. And we will not yield.” - Cherri Foytlin (banner "Never Again: No Sacrifice Zones")

LIKE and SHARE to spread this powerful act of resistance and show support for Gulf Coast residents who are still suffering the consequences of BP's greed! Published on Apr 15, 2015
4/15/15 Gulf Coast residents engage in civil disobedience at BP America headquarters ahead of the fifth anniversary of the Gulf oil disaster. 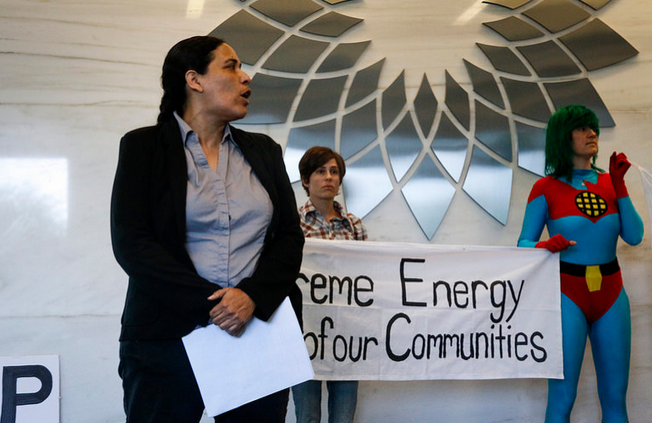