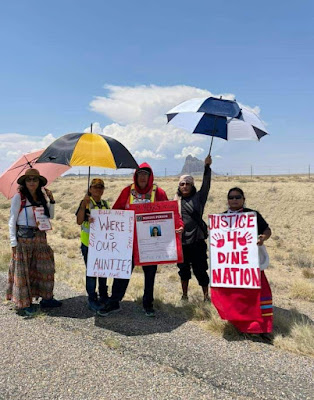 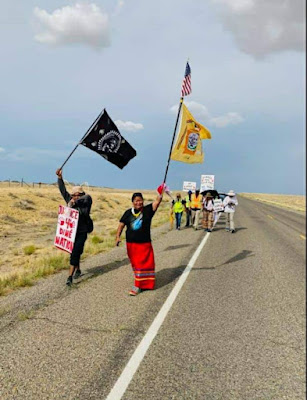 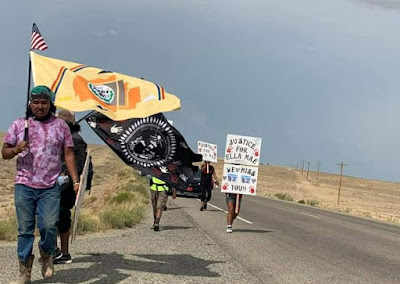 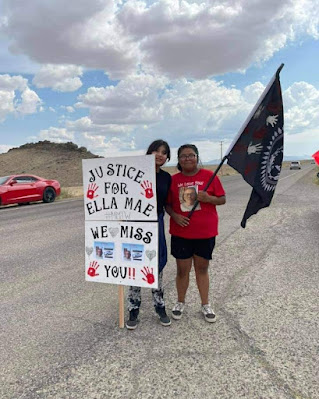 By Brenda Norrell
Censored News
SWEETWATER, Arizona -- The family of Ella Mae Begay, 62, of Sweetwater on the Navajo Nation is desperate for help finding her. Begay was reported missing on June 15. Now over a month later, there are no clues to what happened to her. It is now a homicide investigation.
Seraphine Warren is now walking from Arizona to New Mexico to bring awareness and get answers for her missing Aunt Ella Mae, KOB4 television news reports.

Ella Mae Begay was reported missing on June 15 in Sweetwater, Arizona, on the Navajo Nation west of Shiprock, New Mexico. Searches by foot, helicopter, K9 and drone have been conducted.

Her family says they are frustrated and feel like they've been left in the dark by law enforcement. 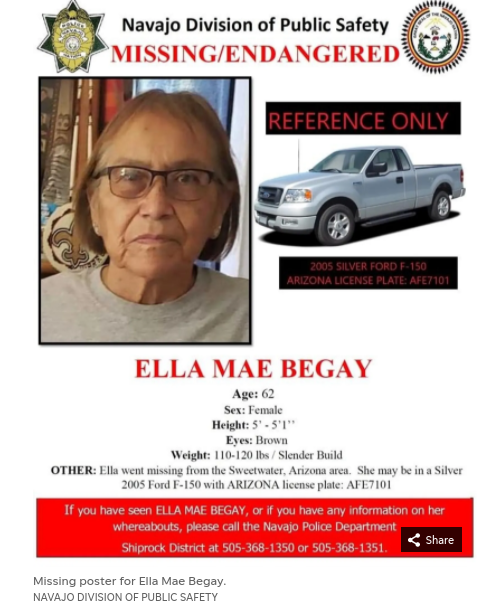 Preston Tolth was identified as a person of interest. He was arrested for unrelated battery charges and held in Crownpoint, New Mexico, before transfer to San Juan County. A  search for Begay was carried out in nearby Thoreau, which is east of Gallup.

So far, more than $6,000 has been raised as a reward in a fundraiser for information.
https://www.gofundme.com/f/bring-ella-mae-begay-home
Begay’s truck, a 2005 silver Ford F-150 with Arizona license plate AFE 7101, was last seen leaving her residence in the early morning hours on June 15, the Navajo Times reports.
Distinctive characteristics of her truck are a missing gas cover plate, black-tinted windows, chrome decals on the fender, chrome side-steps and the tailgate is permanently down with a spare tire in the back.
Anyone with any information should call the Navajo Police Department, Shiprock District at 505-368-1350 or 505-368-1351.
at July 21, 2021