Winona LaDuke Remains Jailed as Native Youths Run for the Water
By Brenda Norrell
Photos by Jaisilyn Charger, ReZpect Our Water, Tracy Strong
Censored News
Winona LaDuke remains jailed at Wadena County Jail late Wednesday. Aitken County issued a warrant for her arrest and was preparing to transport her.
After posting bail, Winona's supporters at Wadena County Jail, were told Winona would not be released.
Water Protectors said it is a clear effort by  law enforcement to suppress the leadership protecting the water at Stop Enbridge Line 3.
One of the seven Water Protectors arrested with Winona LaDuke on Monday, was released from Wadena County Jail late Wednesday.
At the same time, Native Youths are running for the water, from Standing Rock to Minnesota.
Many of these Native youth runners ran for the water -- from Standing Rock to DC --  before the Water Protector Camps were created to protect the water from Dakota Access Pipeline in 2016.
Now on the run to Minnesota, Lakota runner Jasilyn Charger said, "The Hulk Mark Ruffalo donated shoes to the Standing Rock, Cheyenne River, Lower Brule, Crow Creek, Yankton, Meskwaki runners to carry us to Minnesota. Thank you for supporting our prayer for the water on the front lines." 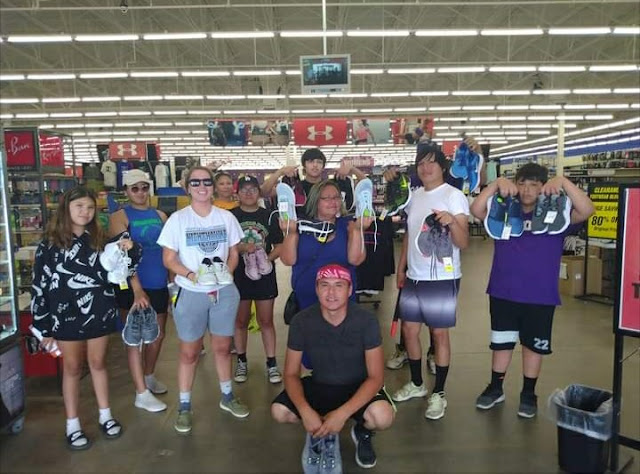