DiCaprio: What about donating to grassroots Native activists


'Big Green' non-profit heads are making half a million annually, while many Native grassroots activists work without pay -- why not donate

It is great to see the Leonardo DiCaprio Foundation donating to so many good causes -- but the president of the Natural Resources Defense Council already makes $422,000 a year. Why not donate to some of the grassroots Native Americans who live on their homeland and fight the good fight everyday. They won't mind if you don't donate a million -- even $5,000 goes a long way with grassroots struggles.

As for the 'Big Greens' on your donation list, these CEO salaries are hard to believe.

The CEO for Wildlife Conservation Society already receives $798,442 each year. The World Wildlife Fund CEO makes $637,686 each year. Meanwhile, over at Conservation International, the CEO is receiving $518,553 annually, according to Charity Navigator.

Mohawk Nation News is among the most frequent contributors to Censored News.
www.mohawknationnews.com

Ofelia Rivas, Tohono O'odham, human rights at the border, exposing abuse by the US Border Patrol and militarization of the border.
http://www.solidarity-project.org/

Dine' on Big Mountain include Louise Benally. Louise and family have been resisting relocation for 40 years. An article of Louise's comments, censored by Indian Country Today, was among those leading to the creation of Censored News. Louise compared the war in Iraq with the Longest Walk of Dine' to the prison camp of Fort Sumner, N.M.
Louise Benally, 143 Leupp Road, Flagstaff, Ariz. 86004

Outta Your Backpack Media: Indigenous news and video production. Special thanks to Klee Benally and the Native youths, based in Flagstaff, Arizona.
http://oybm.org/donate/

Colville tribal member Yvonne Swan said, "I agree. It's not that difficult to hire a grassroots team to do the research. I've been involved in several grassroots efforts and we couldn't get any funding in the US because we could not hire a lawyer to get non-profit status. At the time, the action was more important than paperwork. I didn't appreciate the advice that created more work, we had enough to do. I got a $10,000 grant from a group of caring people in England to go against the Canadian government who disturbed our ancestral burial ground. I worked on that repatriation and land issue for five years and that's the only grant I got. But we secured the burial ground despite Canada and other adversaries. We could still use money to pay legal help, but, who cares?" (Contact Yvonne at Yvonne L. Swan, PO Box 49, Inchelium, WA 99138.)


To end on a high note, DiCaprio is donating to Digital Democracy, which has been training Indigenous in the Amazon to use technology in monitoring areas of oil and gas drilling.

For contact info to donate to individuals or organizations, please send an e-mail to: brendanorrell@gmail.com

Search for #ecoculturalrevitalization on Facebook ... I have a widget if you would like to post it on your blog... Send me a note... Thanks
Bill Tripp
Deputy Director of Eco-cultural Revitalization,
Karuk Tribe Department of Natural Resources 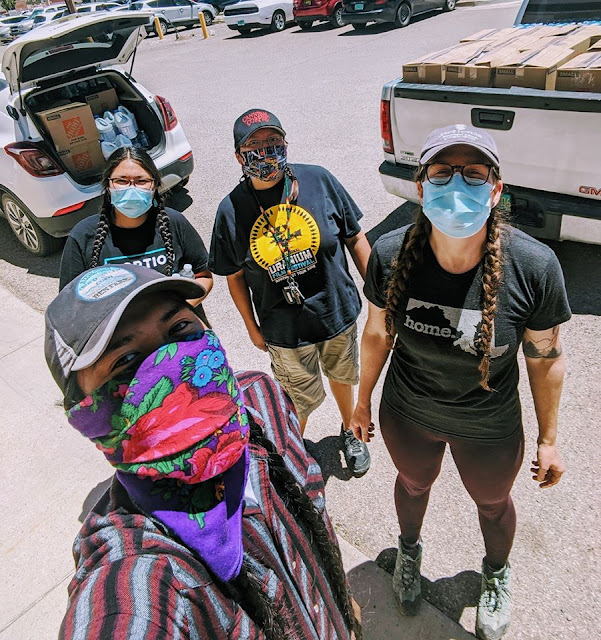