Showing posts from August, 2017
Show all

Live rescues, massive areas with water up to rooftops, moms and babies being rescued by helicopters, Thursday at 2:38 pm, live on Weather Channel, Port Arthur and Beaumont, Texas, east of Houston.

Democracy Now transcript:
As fallout from Hurricane Harvey in Texas and Louisiana continues, at least 30 people hav…
Post a Comment
Read more 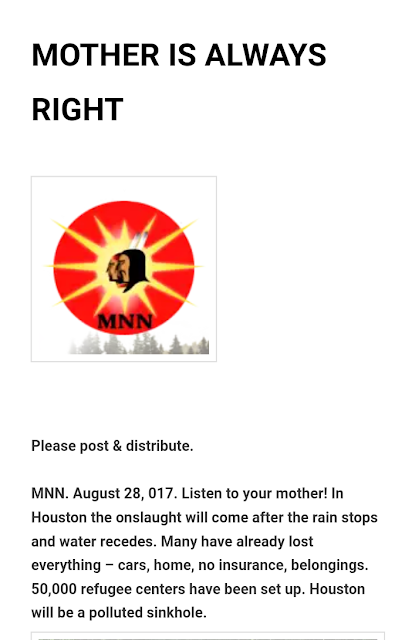 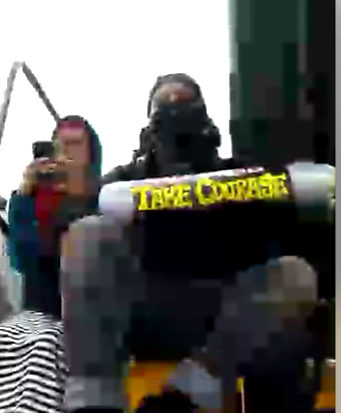 "It is a good day to be alive" says a water protector locked down to machinery on Enbridge's Line 3, near Superior, Wisconsin, along the Wisconsin and Minnesota border.
Six arrests today "Water is Life" Tuesday, August 29, 2017 Press release Six Arrested Protesting Pipeline Construction in Wisconsin

One water protector locked his body to construction equipment, while dozens of water protectors provided support and protection via media. When police arrived onsite, they gave a 10 minute warning, but immediately began arrests, targeting anyone holding a camera or cellphone. One water protector was pulled out of a vehicle while attempting to comply with dispersal orders.

Line 3 is a proposed Enbridge tar sands line from Alberta, Canada, that will send nearly 900,000 barrels of tar sands per day …
Post a Comment
Read more

Solidarity with activist Jaggi Singh, arrested in Montreal for having “impersonated” Nordiques’ Michel Goulet in Québec City (not a joke) 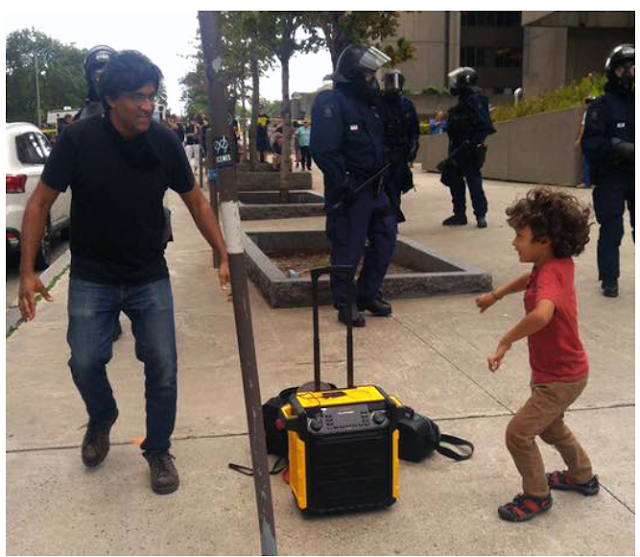 Newswire
Montreal, 29 August 2017 — This morning, August 29, Montreal activist Jaggi Singh was arrested and charged with resisting arrest and taking another person's identity, for having jokingly given his name to police as former Nordiques' player Michel Goulet on August 20. He is being transferred to Quebec City, where he is to appear Wednesday morning at 9 am in Municipal Court.  This arrest came in the context of a far right hate campaign targeting Jaggi, including a petition promoted by the notorious racist group La Meute, demanding his arrest; a campaign that has been taken up by right-leaning political figures and members of the media over the past week.

WHITE MINORITYPosted on August 26, 2017
PLEASE POST & DISTRIBUTE. MNN. 27 August 2017. On December 16, 1773 the occupiers said they were Mohawks so they would not pay British taxes. They dressed in our clothes and threw tea into Boston harbor. The British soldiers could do nothing. King George had sovereignty only over his land and his people.  They sang they were the Sons of Liberty, who was a Mohawk clan mother. The colonial invaders of the Western Hemisphere call themselves Americans to make a false claim to the West. They said the European monarchs had no sovereignty over them. Everybody knows that only the true natural people are sovereign. Everything is “in god we trust” shows church and state are not separated. In their Admiralty courts they usually swear on the bible. Law and religion are in the same courtroom. THESE IMPOSTERS DRESSED UP AS MOHAWKS TO AVOID TAXES! THE NERVE! Today the white race fears a backlash for the horrors they’ve inflicted on people of color. Now their pop…
Post a Comment
Read more 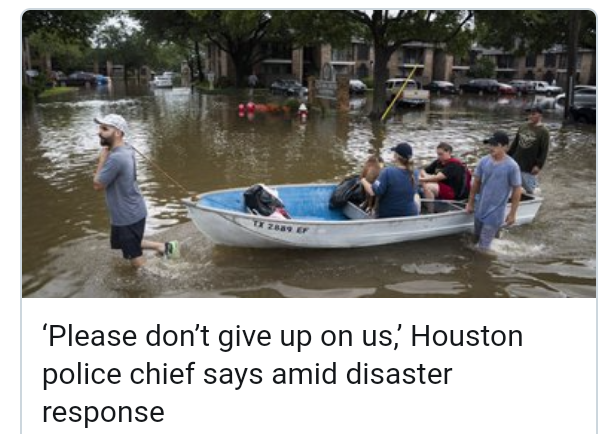 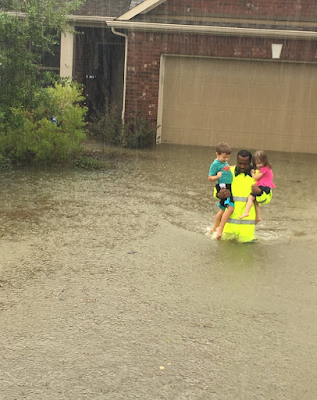 Live rescues, massive areas with water up to rooftops, moms and babies being rescued by helicopters, Thursday at 2:38 pm, live on Weather Channel, Port Arthur, Texas, east of Houston.