University of California Berkeley leads U.S. in Native Grave Robbing. Long History of Grave Robbing by Museums Revealed in NAGPRA Notices.
By Brenda Norrell
Censored News
The University of California Berkeley has the largest number of unreturned human remains of Native Americans, in violation of the Native American Graves Protection and Repatriation Act.
Further, recent notices in the Federal Register reveal that grave robbing resulted in large numbers of Arikara, Mandan, and Hidatsa, Miwok, Pueblo, Shawnee, Arapaho, Siletz, and others being harbored for decades by museums across the United States.
UC Berkeley has Native remains from every county in Arizona and Utah where the Navajo Nation is located.
Read more »
at February 02, 2023 No comments: 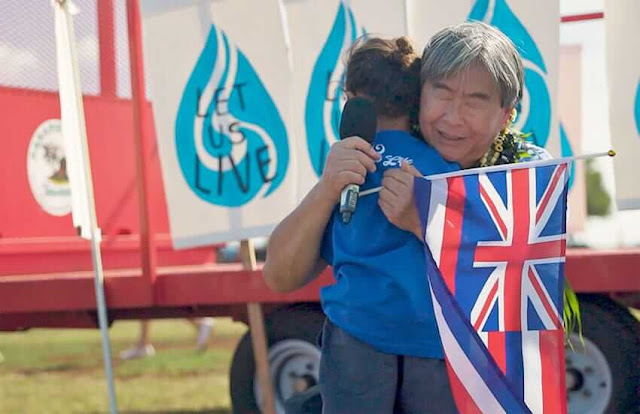 The Environmental Protection Agency (EPA) and Navy are asking for public comments on a consent decree regarding the defueling and closure of the Red Hill Facility, and the operation of the Pearl Harbor drinking water system. The consent decree was negotiated without any consultation with the Honolulu Board of Water Supply or the community whose lives, homes, children, and future generations remain in existential jeopardy every day that fuel remains in the decrepit Red Hill Bulk Fuel Storage Facility and its actively corroding underground storage tanks. 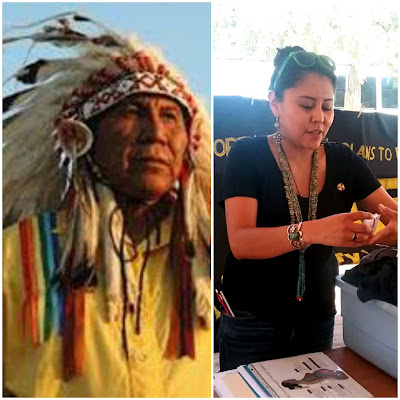 Nuclear Colonialism with Leona Morgan (Dine’ Nation) is a three-part interview broadcast over three consecutive episodes of American Indian Airwaves. The series focuses on our guest’s community work since 2007, which includes combatting many aspects of nuclear colonialism.

The Department of Defense harbors thousands of Native Remains, including four Native Americans at the Navy's Fallon bombing range. Native Hawaiians struggle for the return of their ancestors, while new information exposes grave robbers and Native remains held at military bases.

The Defense Department has the remains of four Native Americans taken from the land of the Naval Airbase in Fallon, Nevada. It is the military base that was expanded by Congress and President Biden in the defense spending bill for 2023.

It is the expansion that Paiute Journalist Myron Dewey died trying to halt. On the day before his death, Dewey live-streamed at the bombing range, warning of the continued genocide from the Navy Seals bombing on sacred land. At the same time, the Nevada Congressional delegation pushed for expansion.