Subcomndante Marcos: 'Between Light and Shadow' 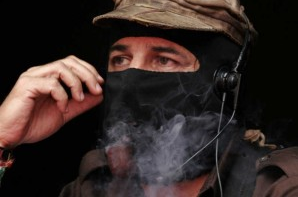 BETWEEN LIGHT AND SHADOW

In La Realidad [Reality], Planet Earth
May 2014
By Subcomandante Marcos

Excerpt: " ... Given the above, at 2:08 am on May 25, 2014, from the southeast combat front of the EZLN, I here declare that he who is known as Subcomandante Insurgente Marcos, self-proclaimed “subcomandante of unrustable steel,” ceases to exist.
That is how it is.
Through my voice the Zapatista Army for National Liberation no longer speaks.
Vale. Health and until never or until forever; those who have understood will know that this doesn’t matter anymore, that it never has."
http://enlacezapatista.ezln.org.mx/2014/05/27/between-light-and-shadow/