Chili Yazzie 'The Averted Demise of America the Great' 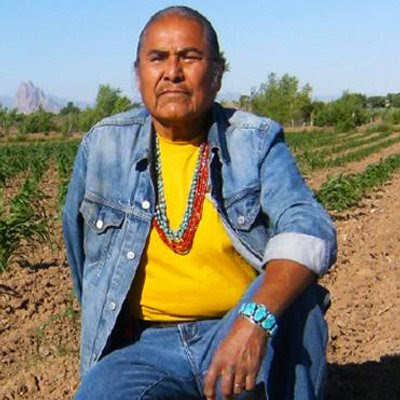 The Averted Demise of America the Great

Through Indigenous eyes. The First Peoples of the western hemisphere continue to suffer the heavy tribulation of ‘different people hatred’ and being the expendable in the enrichment of white imperialism that began in 1492. Columbus and his successors came to our lands with the authorization of the Pope to exterminate us, and to take all our possessions.

Throughout history, great civilizations, societies, empires, dynasties, ideologies have fallen. America is not infallible. The formidable and ever-present cause for empire collapse is abuse/oppression of humanity by the elite. Causes that would trigger the crumbling of american ideology is the exponential violence perpetrated by the elite, not only on humankind but also on the life of the earth.

The notion of white supremacy and the scorched earth methods of america’s greedy elite has come to the precipice of implosion. White supremacy flies its flag high with the blessings and exhortations from the would-be-throne-on-high. The attack to further ravage the earth has become extraordinary. The threat remains, making good on greater threats.

The earth is alive, she suffers the abuse of the exploiter. The earth wants to live, she will defend herself. The virus must be her defense. The killing virus metastasizes through the masses aided by the ignorance of the conceited ignorant. Its timeliness is meticulous, in time to reject the ideology of greed and abuse heralded by the exploiter-in-chief.

The promise of a new dawn is promising. We are wary of promises. We will await the clear averting of the attacks on our earth, de-escalation of abuse on humanity and a regeneration of human dignity. Then, we will know that our voice and the power of the earth is understood. Then, we will know it is not yet time for america to become history. Then we will celebrate the future that awaits our grandchildren.