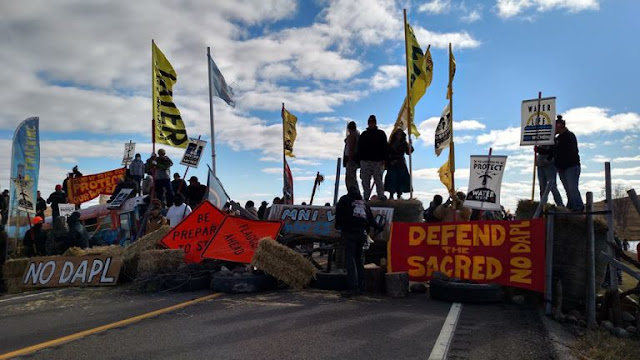 By Earth First!
https://earthfirstjournal.org/newswire/2018/08/04/judge-slams-energy-transfer-partners-for-frivolous-legal-claims-against-activists/
Censored News
French translation by Christine Prat at:
http://www.chrisp.lautre.net/wpblog/?p=4652
Yesterday, a federal judge blocked Energy Transfer Partners (ETP), the corporation behind the Dakota Access Pipeline, from continuing a lawsuit against Earth First!. ETP had filed a sprawling lawsuit, claiming the environmental movement Earth First! had funded a violent terrorist presence and criminal enterprise at the Standing Rock protests, with $500,000 and proceeds from drug sales on the site, and had conspired with Greenpeace and other environmental groups to deceive the public about the environmental risks of pipelines. Today, the court rejected ETP’s allegations as factually unsupported. The judge also blocked ETP’s attempt to collect discovery against the Earth First! Journal, a non-party in the suit.
“It is clear from Plaintiffs’ voluminous filings of historical, irrelevant web posting that Plaintiffs did not, at the time of filing, have evidentiary support for the specific allegations against [Earth First!],” the judge wrote.
The judge had given ETP until today to provide a sufficient reason why he should not dismiss Earth First! from the lawsuit.
“Energy Transfer Partners is trying to distract us from their continued destruction of communities and the environment by concocting an elaborate story alleging that the powerful, Indigenous-led resistance to the Dakota Access Pipeline was a criminal conspiracy spearheaded by mostly white NGOs and environmental movements,” said Grayson Flory, editor of the Earth First! Journal. “Instead of taking the bait, we should all be joining groups like the L’eau est la Vie Camp in Louisiana that is actively blocking an ETP pipeline project, as well as supporting the political prisoners currently serving time for resisting ETP’s dangerous pipelines, including Red Fawn Fallis, Michael “Little Feather” Giron, and Ellen Gerhart.”
ETP had attempted to serve Earth First!—a broad social movement—by sending the lawsuit to the small environmental publication Earth First! Journal. After the judge ruled that Earth First! had not been properly served, ETP sought permission to take discovery against Earth First! Journal or amend the complaint to include the Journal as a defendant. Today’s ruling blocked ETP’s attempt to conflate a broad social movement with a publication reporting on environmental activism. Amending the complaint to add Earth First! Journal as a party responsible for an alleged criminal enterprise would be “futile and possibly frivolous,” the judge wrote. 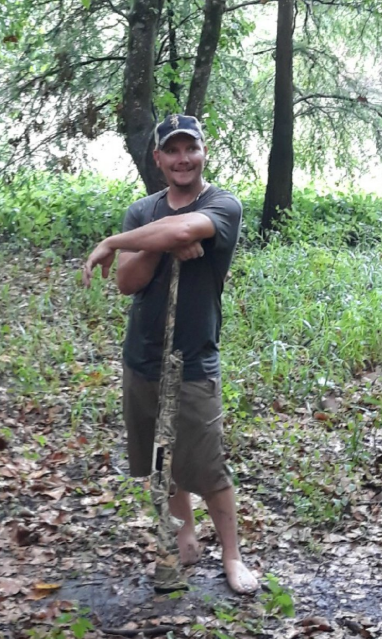 By L'eau Est La Vie Camp - No Bayou Bridge
Censored News
GULF COAST, Louisiana (Aug. 5, 2018) -- This afternoon an Energy Transfer Partners contractor armed with a shotgun and handgun came to the area where we are blocking the Bayou Bridge Pipeline in the Atchafalaya Basin. He aimed the shotgun at water protectors and used the butt of the shotgun to physically assault someone. He proceeded to threaten more violence against the water protectors who were on the scene.
The contractor said he was sent by CLM Industries, which is providing fan boat services to shuttle ETP workers to construction sites accessible only by boat. Yesterday this same contractor threatened water protectors with violence (video in the comment section).
This is a developing story. The blockade in the swamp is very remote, we will post additional footage and details as they become available.
It is also important to note that we have lots of support from folks in the Basin, and that this incident points to the violence that ETP is bringing in to the community.
***
Despite this violence, today Water Protectors on kayaks once again shut down construction of the pipeline. This is the 26th day in a row we have stopped construction in the swamp.
We are putting everything on the line to stop the Bayou Bridge Pipeline, which is the tail end of DAPL. Please support our resistance.
UPDATE Aug.6, 2018
Our people are safe after an armed ETP contractor attacked and threatened water protectors at the site of our ongoing blockades in the Atchafalaya Basin.
In the video below you can hear this contractor threatening water protectors on kayaks. This video was shot on Saturday. Yesterday this same contractor returned with multiple guns, aimed a shotgun at water protectors and used the butt of the shotgun to physically assault one of them.
Despite this attack, today we once again shut down multiple Bayou Bridge Pipeline construction sites in the Basin. But at some sites, pipeline workers illegally continued construction despite the presence of water protectors in the direct vicinity.
More footage from the swamps is coming soon.
Please support our resistance.
More then anything we need more water protectors to come join us on the frontlines. If you personally know someone at camp or who is involved with our struggle, reach out to them and then make plans to come here. Otherwise please fill out this application form to join us: http://bit.ly/JoinTheFrontlines

Listen to threat recorded to water protectors by this pipeline contractor on the Bayou Bridge pipeline, as he threatens "gonna get hurt bad.'
https://www.facebook.com/LeauEstLaVie/videos/524763057954925/