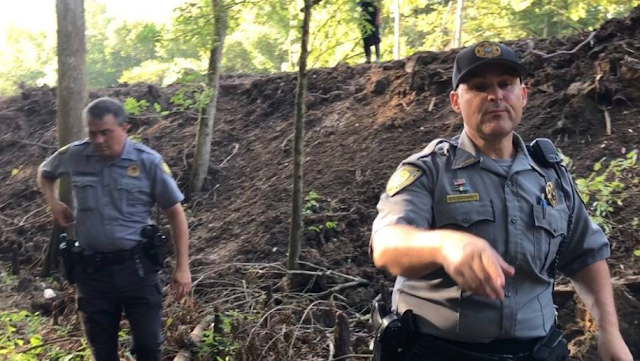 Water Protector who was trapped at the top of a tree climbed down early this morning and was TASERED, ARRESTED, and is being held on $10,000 BAIL
The Bayou Bridge Pipeline on the Louisiana Gulf Coast is at the end of the Dakota Access Pipeline. Energy Transfer Partners' construction is now illegally destroying this pristine region of Atchafalaya Basin
Yesterday, Energy Transfer Partners used their pipe barges to bring a cherry picker to the site of the aerial blockade in the Atchafalaya Basin in which a person was sitting in a 40+ ft high platform attached by a life-line to the Bayou Bridge Pipeline itself. The sitter climbed higher in a tree to escape the reach of the cherry picker. Police and workers responded by cutting down the life-lines and letting the platform fall, leaving the sitter stuck at the top of the tree. Following direct orders from an ETP supervisor, police cut the ropes to their supply buckets, leaving them without any food or water. Cops stood at the base of the tree and taunted the water protector for hours, taunting and making personal threats.
The police did not have any plan to get the person out of the tree safely. They had no evacuation plan or medical personnel onsite or even nearby.
When the water protector climbed down on their own, they tasered, handcuffed, forced to lie face-down in the bucket of an excavator. Police refused to let them retrieve their boots and forced them to walk barefoot across the construction site for nearly a mile. After waiting for a police boat to arrive, they were taken to the edge of the basin, transferred to a police vehicle, and then caged at the St. Martinsville Parish Jail.
The water protector was on private land the entire time with written permission from the owner, who also has NOT given ETP permission to be there, nor has ETP seized the land legally through eminent domain.
. 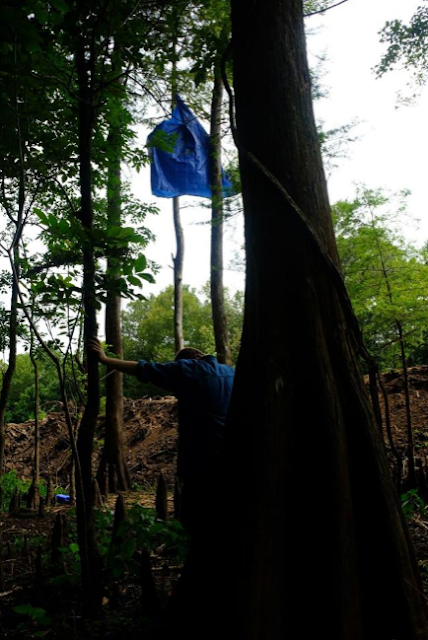 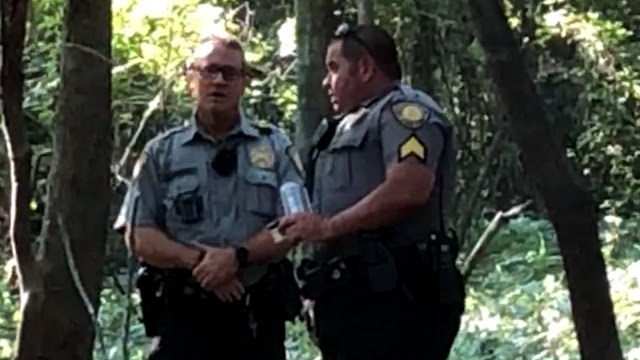 Report on Sunday, August 19, 2018 -- Deputies CUT THE LIFE LINE and pulled down our platform where a person was sitting 40+ feet in the air. Last update, the sitter was stranded in a tree, surrounded by hostile police and being denied food and water. Cops have set up a fence blocking off the tree. The nearby swamp camp was raided and ransacked and cameras and phones were stolen. This camp was on private land, as was the skypod platform.
Earlier today, we spoke with LT. Delahoussaye to reiterate that we are on private property and give him written documents from the landowner giving us permission to be on the land.