Water Protectors Lock Down At Wells Fargo Prior to $1.48 B Loan to Enbridge 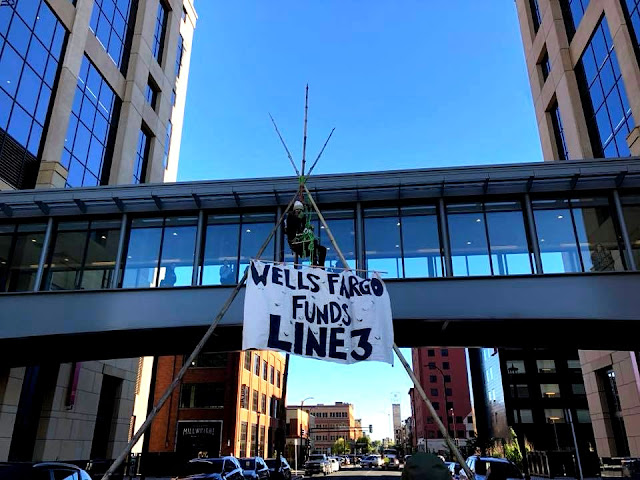 Water Protectors Lock Down At Wells Fargo Prior to $1.48 Billion Loan to Enbridge
October 4, 2018
Contact: Ginew@protonmail.com


MINNEAPOLIS, Minn. -- On Thursday Morning, October 4, water protectors erected a tripod and tipi in front of the Wells Fargo building in protest of an upcoming $1.48 billion dollar credit renewal to Canadian-based Enbridge, Inc. Enbridge is behind Line 3, a nearly 1M barrel per day tar sands pipeline it wants to send through Anishinaabe treaty territories, the Mississippi River headwaters, wetlands, and the Great Lakes.
Ongoing divestment efforts have cost financial backers of fossil fuel infrastructure projects billions of dollars in the last two years, coming out of a groundswell of resistance against the Dakota Access Pipeline and the human rights abuses that occurred during its construction. Wells Fargo is one of three major financiers of the upcoming credit facility to Enbridge – the others are Chase and Credit Agricole.
One water protector was atop the tripod constructed, saying, “I am here in solidarity with the Anishinaabe peoples and protection the water for future generations. We cannot let these companies put our futures on the line any longer. Expansion of fossil fuels must end. Drinking water is a human right. Wells Fargo, stop funding genocide.”
#StopLine3
Interested in joining the Line 3 resistance? Email ginew@protonmail.com
For more information on Enbridge Line 3, go to www.stopline3.org
https://earthfirstjournal.org/…/water-protectors-lock-dow…/…
Censored News

www.bsnorrell.blogspot.com
at October 04, 2018 No comments: 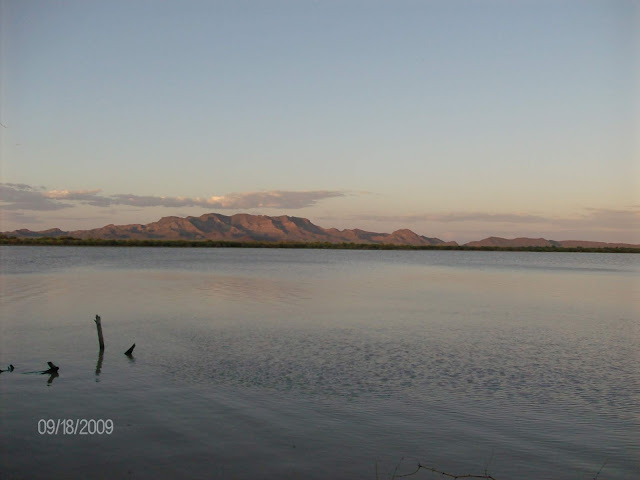 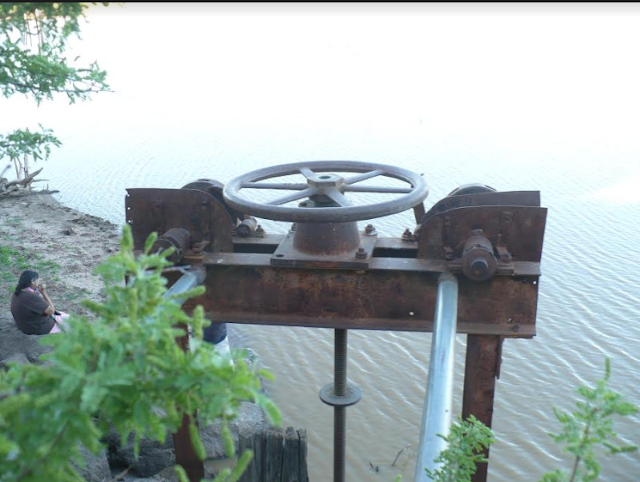 Hello to all concerned friends and supporters, I am on travel and not at home in the village. Hurricane Rosa brought heavy rainfall and caused flooding. There was an evacuation last night of a majority of the people but some are still there.The authority fear that the earthen dam is over capacity and may collapse flooding the entire village.Should this a occur it will be catastrophic to all that reside there in Ali Jegk.Menager's Dam was constructed by the labor of my grandfather and uncles and entire population of Ak Chin where the people lived before they moved to Ali Jegk (Little Clearing). The earthen dam was made by hard labor moving earth with farming plows and hand tools using mules and donkeys.  The people used the reservoir water for traditional planting along the Vejupan mountain. In the late 1960's the mechanism that released the water through the tunnel and unto the ditches had rusted and broke. All farming stopped as there were no funds to replace the metal plate and frame. The dam has been sitting idle except for cattle, horses and wild life using the water that collects there after the monsoon rains. The dam fell out of maintenance and management. The old families that farmed are all but disappeared into generations now modern values and dependencies on convenience and no interest in growing food.
My memories as a child  sitting in the fields collecting beans and eating watermelon urges me to plant the ancient seeds in my home garden every year and collect old seeds just as my people had done for thousands of years.There is a restriction urging people to not return home. Hopefully that i will be able to return after my travels.In SolidarityO. Rivas 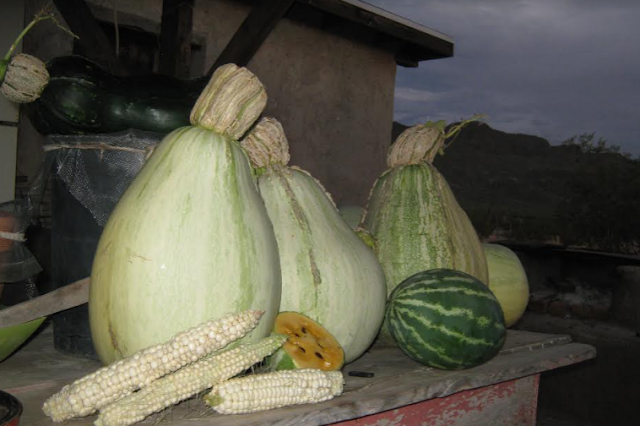 Ofelia Rivas is founder of O'odham Voice against the Wall, longtime defender of the O'odham way of life, and defender of human rights, as the US Border Patrol continues militarization and abuses in her homeland.
http://www.solidarity-project.org

Copyright Ofelia Rivas, no portion can be used without permission
at October 04, 2018 1 comment:

Scaling a Crane in Defense of the Earth -- 'NO! Bayou Bridge Pipeline' 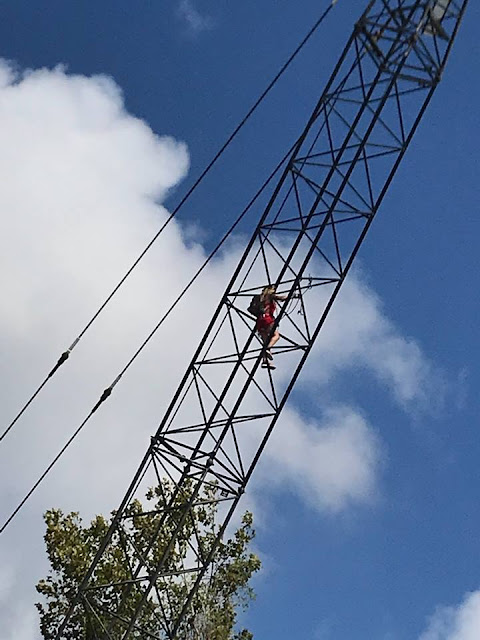 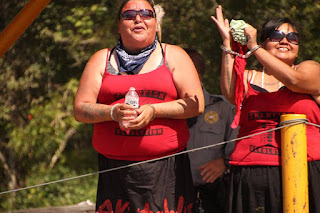 Scaling a Crane in Defense of the Earth -- 'NO! Bayou Bridge Pipeline'

Pictures from yesterday's action that shut down a crane working on the Bayou Bridge Pipeline in the Atachafalaya Basin.
All three water protectors who carried out the action wore red to call attention to the crisis of missing and murdered indigenous women. One of the women who locked to the base of the crane was Mama Julz, a Lakota woman and founder of the Mothers Against METH Alliance who shared this message before the action:
"I’m here today to stop construction of the bayou bridge pipeline because not only are they raping our mother but they are stealing our sisters. I’m here to make a stand, to bring awareness on how pipeline worker camps are proven hotbeds of meth and sex trafficking, which lead to missing and murdered indigenous women.”
Mama Julz and the other two women who shut down the crane were arrested and have been charged with felonies under Louisiana's anti-protest law. 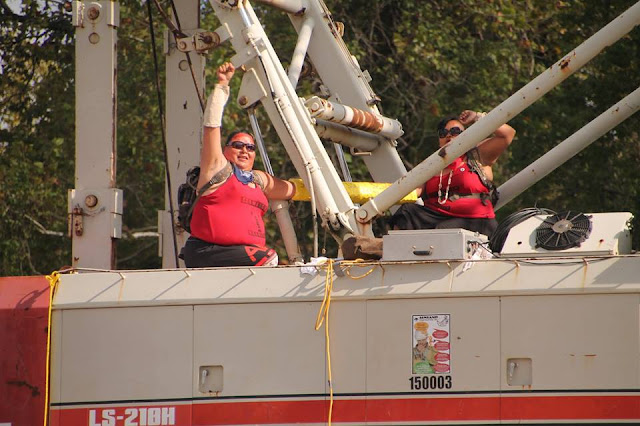 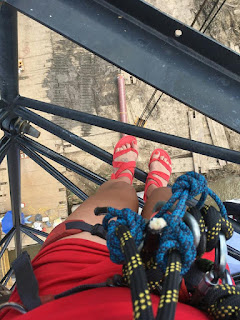 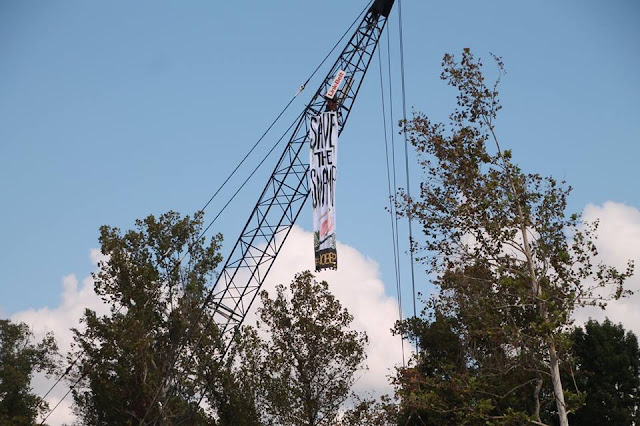 Please DONATE to help cover legal costs of this action: gofundme.com/nobbp
***
The Bayou Bridge Pipeline would connect to the Dakota Access Pipeline to bring fracked-oil from North Dakota to refineries in Louisiana. As the pipeline continues to be built through the Atchafalaya Basin, we need your support now more then ever:
ORGANIZE a #NoBayouBridge solidarity action - targets are listed at www.NoBayouBridge.global
JOIN US at Camp by emailing resist@nobbp.org with your name, phone number, why you want to come to camp, when you will be arriving and how long you plan on staying. We will respond with the directions to camp and what to bring.
#MMIW #StrikeDownETP


Copyright notice: All photos and articles on Censored News are copyrighted by the photographers and authors and no portion may be reproduced without their permission.
at October 04, 2018 No comments: