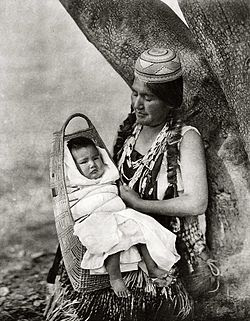 reduce the numbers of Coho salmon being killed in the Pacific Ocean near the mouth of the Klamath River. Without analysis, regulations of the Pacific Fishery Management
Council (PFMC) changed this year to allow more Coho to be injured or killed, although they are protected by the Endangered Species Act. “We will not stand by while the federal agencies kill our fish,” said Hoopa Chairman Ryan Jackson. “Those fish would have returned to the Klamath and Trinity Rivers. The Bureau of Reclamation cannot kill young Coho salmon in the river nor can the PFMC kill and maim the returning adult Coho in salt water,” he said.
In April 2018, the Hoopa Tribe warned U.S. Commerce Secretary Wilbur Ross that the

PFMC was proposing to up its allowances for killing and maiming Coho salmon during ocean fishing targeted on Chinook salmon. Both species of salmon are present in the ocean’s Klamath Management Zone during the summer and the killing of Coho there is called an “incidental take.” However, Ross simply approved the PFMC’s proposal without bothering to request analysis of the impact on Coho, a violation of the Endangered Species Act. That analysis is required because the new regulations were not considered in the applicable 1999 biological opinion issued to the PFMC. In July 2018, the Tribe notified federal agencies of its intent to sue, but the federal agencies declined to withdraw the regulations.
Adverse impacts to the ESA-listed Coho that result from excessive incidental take of

ESA-listed Coho in ocean fishing directly impairs and injures the Tribe and its sovereign,
legal, economic, and cultural interests. Today’s lawsuit demands that the federal agencies re-initiate consultation under the ESA regarding the adverse effects of ocean fishing on protected Coho and take action to protect Coho during the consultation process.
For further information, please contact Mike Orcutt, Hoopa Fisheries Director, or George Kautsky, Deputy Director at (530) 625-4267.