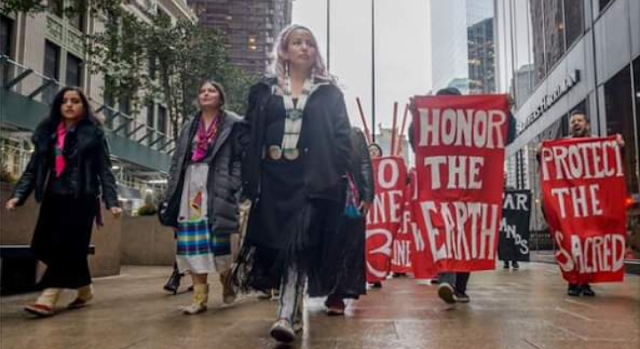 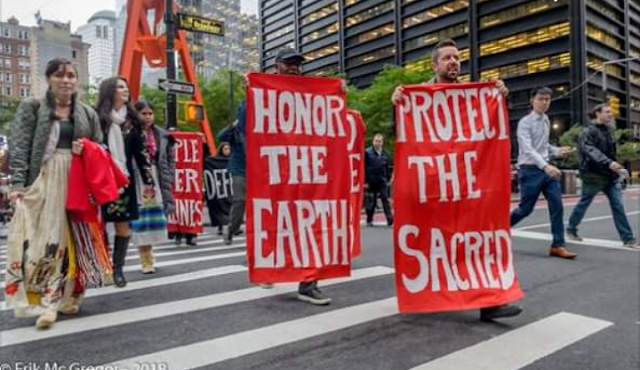 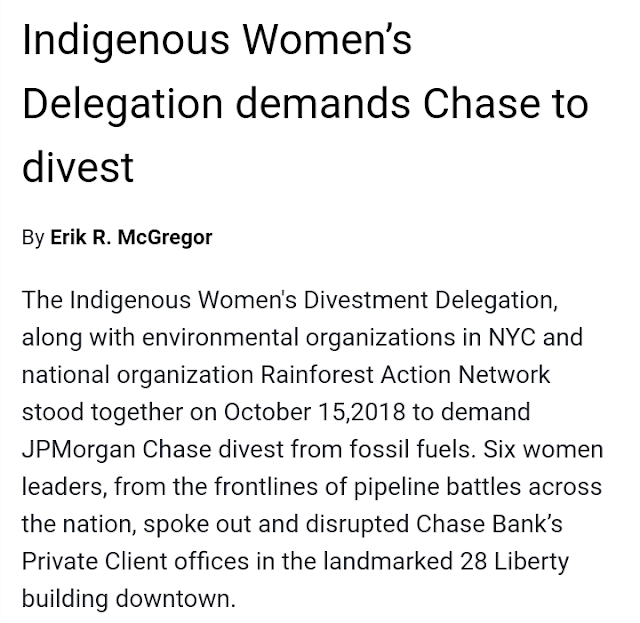 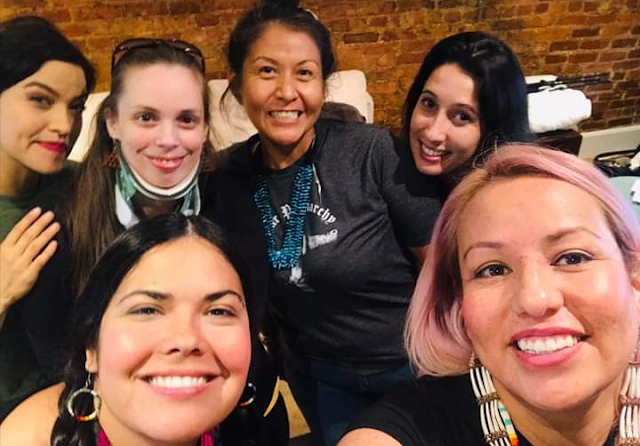 Read more about the WECAN International delegation, Today they are in Washington D.C.
.https://bsnorrell.blogspot.com/2018/10/indigenous-women-take-divestment.html?m=0
at October 16, 2018 1 comment: 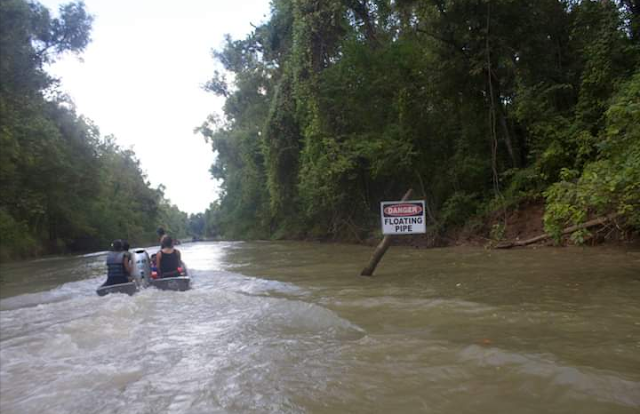 Twelve people, including a media crew, were rescued on Monday after Bayou Bridge pipeline resisters boats were intentionally sank

All passengers, including a documentary film crew, narrowly made it to shore before the boats completely sunk.
All are safe, but some are stranded in the swamp. A local Cajun fisherman has offered to help and is preparing to take one of our boat pilots out to do a rescue extraction.
There is an urgent need to repair or replace our boats! Please share and support our fight.


Read more on the resistance to the end of the black snake pipeline, the Dakota Access Pipeline, on the Louisiana Gulf Coast, in today's article in The Guardian:
https://www.theguardian.com/environment/2018/oct/16/dakota-access-pipeline-bayou-bridge-protest-activism?CMP=share_btn_fb
at October 16, 2018 No comments:

On October 12, 2018 I wrote this public comment on Concentrated Animal Feeding Operations (CAFO) proposed in the Devils Lake Region to the North Dakota Department of Health.

My name is Lisa DeVille.  I am an enrolled member of the Mandan, Hidatsa, and Arikara Nation but my direct lineage is Mandan and Hidatsa.  I have lived my whole life with my family in Mandaree, North Dakota, on Fort Berthold Reservation.  I am writing to oppose the Concentrated Animal Feeding Operation that's sited near Devils Lake.  The origins of my people came from Devils Lake region.  It is a rich history of my people who inhabited the area before settler times.  Our roots are from there and the spirits of our ancestors are tied to that sacred land.

“We Mandan people call ourselves "the People of the first Man." The Hidatsa were known as Minnetaree, or Gros Ventre. Hidatsa was formerly the name of a village occupied by these tribes, which has been said to mean "willows." The name Minnetaree, spelled in various ways, means "to cross the water."  https://www.mhanation.com/history/

“One theory is the Mandan moved from the area of southern Minnesota and northern Iowa to the plains in South Dakota about 900 A.D., and slowly migrated north along the Missouri River to North Dakota about 1000 A.D. The Hidatsa moved from central Minnesota to the eastern part of North Dakota near Devils Lake, and moved to join the Mandan at the Missouri River about 1600 A.D. The Mandan and Hidatsa believe they were, created in this area and have always lived here.”     https://www.mhanation.com/history/

“The Awaxawi (meaning "Village on the Hill") tell of living in the earth and climbing to the surface on a vine. They met the Hidatsa-proper near Devils Lake in eastern North Dakota and Awatixa along the Missouri River. The Hidatsa-proper (meaning "People of the Willows") also lived within the earth and came to the surface near Devils Lake in North Dakota. Hidatsa warriors met corn growers along the Missouri River and decided to move there. When they arrived, the Mandan asked them to move north up the river but not so far as to become enemies.”   National Park Service, Knife River Indian Villages

North Dakota prides itself on the rich history of the first inhabitants of this territory, yet we are constantly accosted by large industries that seek to destroy the finite resources that we have left. North Dakotans, like tribal citizens feel that we are stewards of the earth and that we need to care for it so that our future generations will have a viable future.

There are negative impacts from factory farms to local health, quality of life, property values and the air, land and water that is located in and around the place where our people originated.

Factory farm operators make significant short term profits because they externalize their production costs onto the nearby communities.  Local residents end up paying for damaged roads due to heavy semi-trucks, manure spill clean ups, decreased land fertility, fish kills, and increased healthcare cost. It is foolish to believe that a thousand hog farm will not have an impact on the nearby lake and wetlands. Runoff goes downhill and will eventually end up in the lake.

North Dakota should take note from Iowa and see what our water quality will be like after a year of mass producing animals.
at October 16, 2018 3 comments: