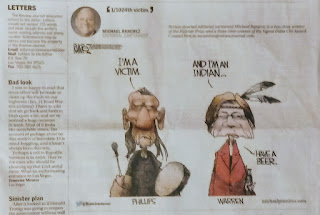 I have never seen anything from Ramirez that disabuses me of the notion that he is just a right-wing stooge.