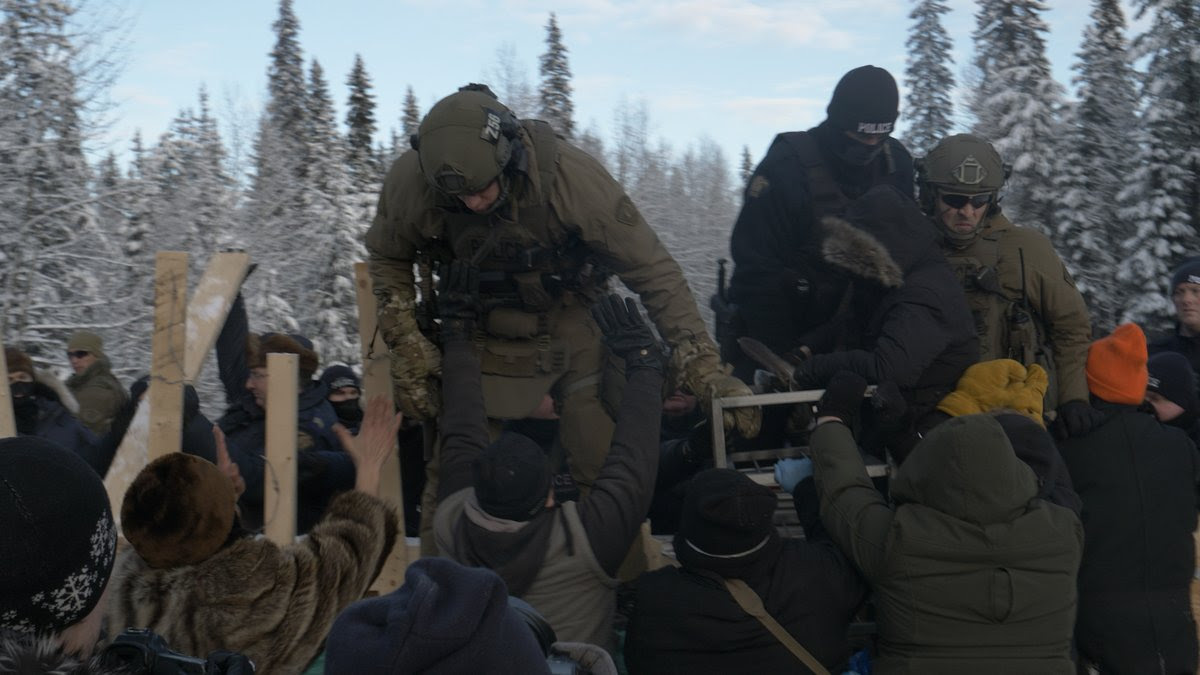 January 7, 2019, at approximately 2:51pm, RCMP and military forcefully breached a peaceful checkpoint on unceded Wet'suwet'en territory. Indigenous people were ripped from their homes by militarized police. There were at least 12 confirmed arrests, including an elder, and Wet'suwet'en hereditary chiefs were blocked from their own territories.  Gidumt'en Clan spokesperson Molly Wickham was arrested on her land. She, along with other arrestees, will not be released. They are being brought to Prince George to stand before a Justice of the Peace. ***Arrest count according to eye witness accounts… exact numbers of arrests are still being confirmed***
The creation of the Gidumt'en Checkpoint was announced in the Wet'suwet'en feast hall, with the support of all chiefs present. Under 'Anuc niwh'it'en (Wet'suwet'en law) all five clans of the Wet'suwet'en have unanimously opposed all pipeline proposals.
Article 10 of the UN Declaration on the Rights of Indigenous Peoples clearly states "Indigenous peoples shall not be forcibly removed from their land or territories." Any removal of Wet'suwet'en peoples by the RCMP, or any other authoritarian forces, has directly violated UNDRIP and the Trudeau government's promise to implement UNDRIP.
The RCMP have now installed a roadblock on the Wedzin Kwa (Morice River) Road, through Gidumt'en territory and the only access road to Unist'ot'en Camp, effectively cutting off communications, media, and supplies to those living there, including clients of the Healing Center.
Unist'ot'en Dark House member, Freda Huson said, "I am here in my home, on my land. I am not a criminal for protecting my most critical infrastructure which is my berries, my medicine, my water, my right to teach future Unist'ot'en generations how to live in right relationship with the land. Without water, no human will survive and these projects like TransCanada's Coastal Gaslink threatens the water. We are the land, the land is us."
At the time of this publication, the Unist'ot'en Camp is on high alert for a similar violent invasion of their checkpoint. The world is watching.
Please follow updates at Unist'ot'en Camp Facebook and Twitter
Donate to the Unist'ot'en Camp
Photos by Micheal Toledano 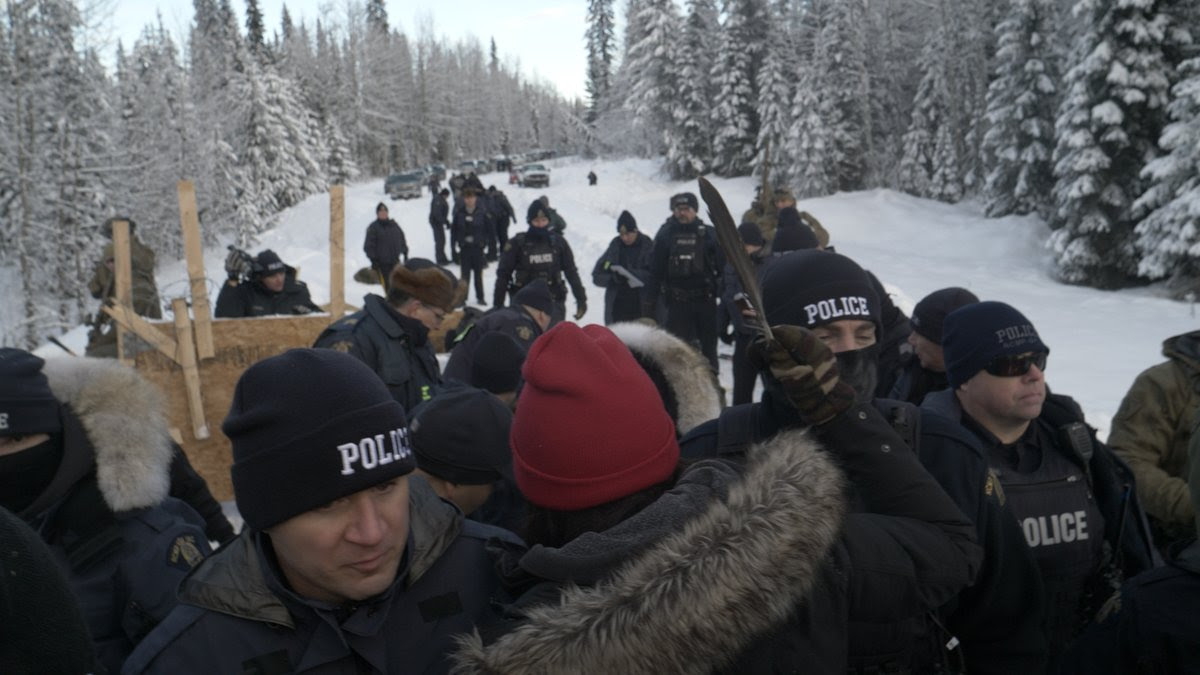 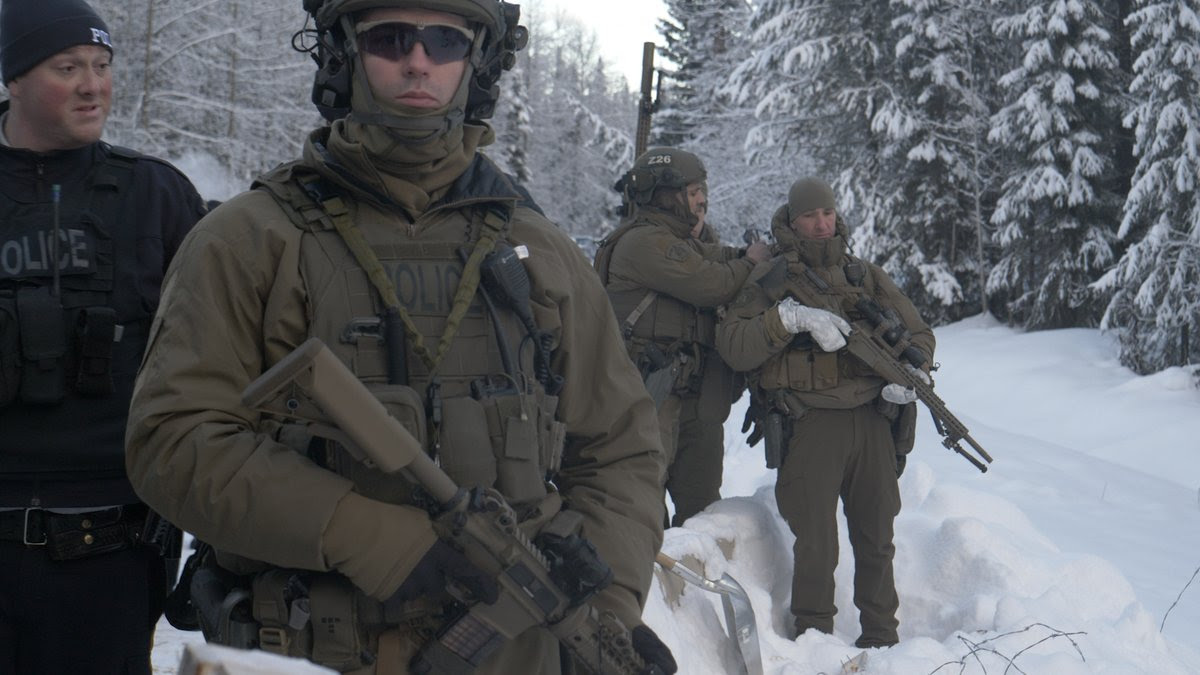 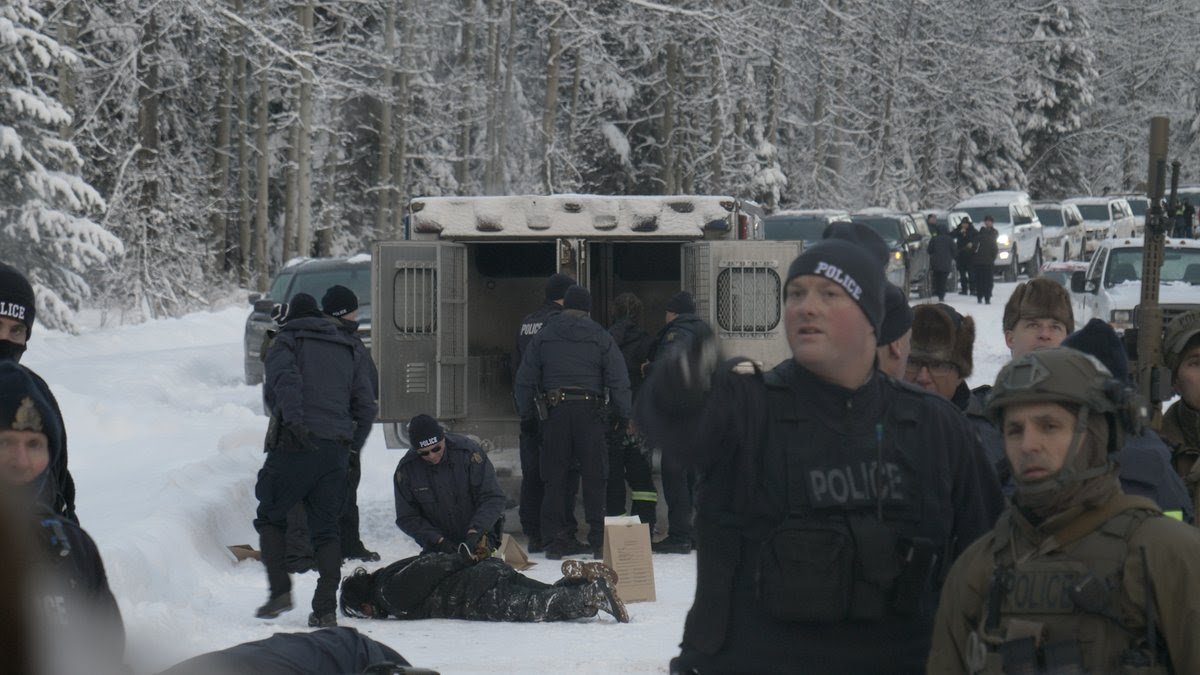 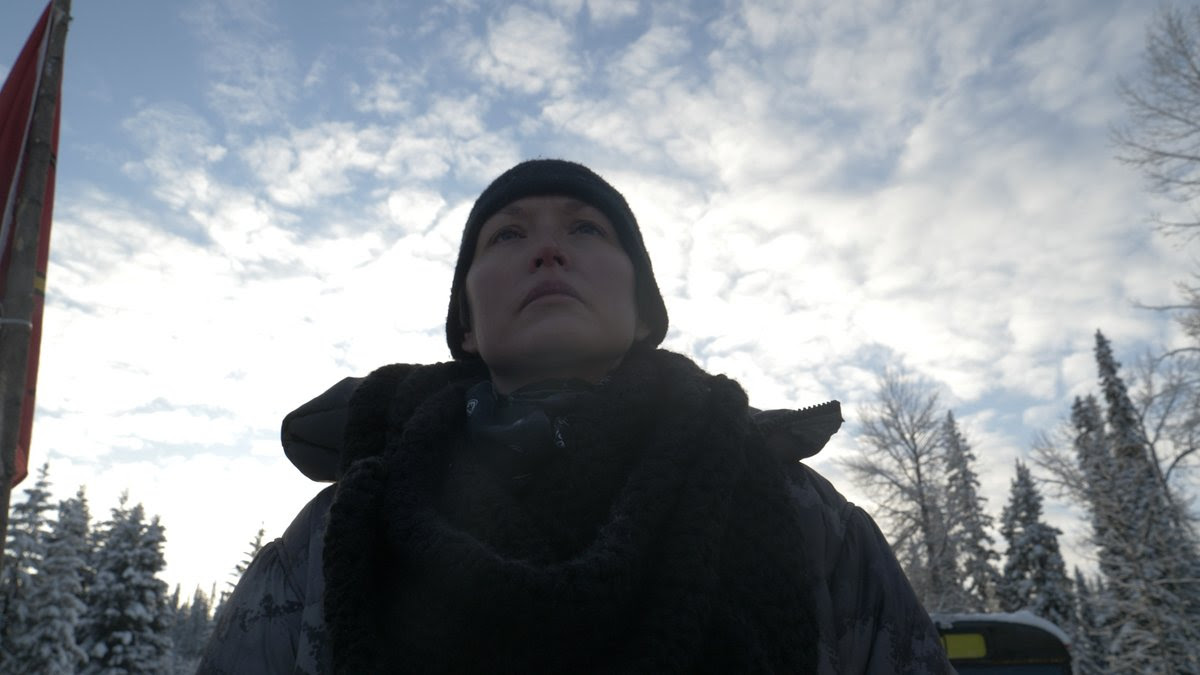