August 2010: A month of empowerment, a time of thunder 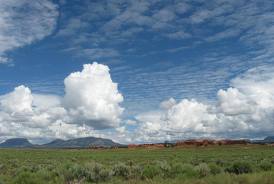 August 2010 is a month of empowerment, from the Bike4Peace ride across America with Cynthia McKinney, to the Think Outside the Bomb disarmament encampment now at Chimayo, N.M.
On Friday, August 6, Hopi and Navajo gather in Hotevilla on Hopiland to discuss the latest corporate attack on the earth beneath our feet. The Hopi Tribal Council approved a controversial plan to store toxic CO2 in the earth from coal-fired power plants, without consultation with the community.
In Washington State, activists from the past decades of struggle -- from the Occupation of Alcatraz to the Stronghold at Wounded Knee -- will gather at the Northwest Gathering of Frontline Movements, August 8 – 9, 2010, at Franks Landing, Olympia, Wash.
In Tucson, Acoma Pueblo Poet Simon Ortiz joins a panel of Indigenous Peoples for World Indigenous Peoples Day on August 9.
On Mount Rushmore, the 40th Anniversary of the Takeover of Mount Rushmore will be held on August 29.
In memorial, Censored News sends sincere condolences to the family of Anna Oakes, wife of Richard Oakes, and recognition of lives well lived with vision.
--Read more at Censored News:
http://www.bsnorrell.blogspot.com/
at August 04, 2010