Time: 10:00 am Mountain Daylight Time
Description: The US EPA and the Navajo Nation EPA will hold a public meeting about contamination from abandoned uranium mines in the Western Navajo Agency. The meeting will be at 10 am Mountain Daylight Time, on Saturday, May 14, 2011, at the Moenkopi Legacy Inn and Suites in Tuba City. The agencies will describe their work on uranium contamination in the Cameron, Coalmine Mesa, Bodaway/Gap, Tuba City and Leupp chapters. Community members are invited to attend and share their questions and comments.
at May 11, 2011 No comments:

"Maybe the global impacts of the tragedy at Fukushima and the Senators in Washington, DC asking questions about where foreign-owned uranium mines in America are shipping their yellow cake has rousted the NRC staff, who seem to have been on cruise control for the past 15 years.” Debra White Plume 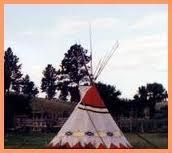 Today is a good day for our sacred water and Mother Earth! The United States Nuclear Regulatory Commission (NRC) has suspended its safety review Powertech, Inc.’s planned Dewey-Burdock in situ leach uranium mine in Custer and Fall River Counties near Edgemont, SD. Edgemont, a small almost-ghost town south of Rapid City, and in the Black Hills, is the site of old open-pit uranium mines which were closed 50-some years ago when the price of uranium fell below the profitable level.
The NRC raised some serious questions about the Powertech’s ability to provide protection of public health and safety, and on May 28, 2011, issued its statement to Powertech, Inc. Wallace Mays, the Chief Operating Officer of Powertech, Inc. has resigned, but retains his seat on the Board of Directors. Powertech, Inc. has left exploratory drilling holes unplugged, and the NRC states that this creates serious potential for surface water to be exposed and mixed with water from the mining site, and listed several other reasons why they have suspended this aspect of the mining application.
While the suspension of the safety review aspect of Powertech’s mining application will delay the process to seek a mining permit, the NRC staff will continue other activities related to the environmental review of Powertech’s ISL uranium mining application. These activities include the continued preparation of the Supplemental Environmental Impact Statement and the continuation of the consultation process required by Section 106 of the National Historic Preservation Act.
The Black Hills are sacred, and were held and retained as ancestral lands by the Lakota Nation when it entered into the 1851 and 1868 Ft Laramie Treaties with the United States. “The Black Hills Sioux Nation Treaty Council and the Oglala Sioux Tribal Government have both joined Owe Aku in past years in our work to protect sacred water and Treaty Territory and the health and well being of our children and coming generations,” said Debra White Plume of Owe Aku.
“We now must strengthen ourselves for the upcoming release of the SEIS and the Section 106 work to be done. It is their process, we must remember that, but we fight them with these weapons—their own laws,” says White Plume, “maybe the global impacts of the tragedy at Fukushima and the Senators in Washington, DC asking questions about where foreign-owned uranium mines in America are shipping their yellow cake has rousted the NRC staff, who seem to have been on cruise control for the past 15 years.”
####
at May 11, 2011 No comments: