US Ambassador in Ottawa:
US and Canada agree Indigenous Rights Declaration headed for 'train-wreck'
Censored News
http://www.bsnorrell.blogspot.com/
Photo: UN
ARTICLE UPDATED May 22, 2011
.
In a diplomatic cable marked "sensitive," US Ambassador David Wilkins states that the US and Canada agree that the UN Declaration on the Rights of Indigenous Peoples is "ill conceived and is headed for a train-wreck."
It was written five weeks after the United Nations adopted the Declaration.
When the United Nations adopted the UN Declaration, the US, Canada, New Zealand and Australia were the four countries that voted against it. Although the four countries later took action on it, the US and Canada gave only lip service and did not sign on to it, or fully endorse it.
The Black Hills Sioux Nation Treaty Council rejected the limited support of the United States.
"In the first paragraph of the 'support' statement they make it is clear that the Declaration is in no way a legal document, nor are they bound by it," the council said in a statement.
"The Black Hills Sioux Nation Treaty Council calls upon the United States of America to adopt the Declaration on the Rights of Indigenous Peoples without inserting unilateral qualifications, limitations, and abrogations that clearly stand in violation to internationally binding treaties, international treaty law, and international human rights laws and standards."
The United Nations said that UN Member States have the responsibility to uphold the human rights principles outlined in the Declaration on the Rights of Indigenous Peoples, adding that violations of the fundamental rights of those communities persist.
“First and foremost, the nation Member States of the United Nations are to take the initial obligation to begin to adopt policies and legislation … to maintain consistence with the human rights standards that are embraced in the declaration,” said Dalee Sambo Dorough, a member of the UN Permanent Forum on Indigenous Issues, at a press conference at UN Headquarters on May 18, 2011.
She said the direct and often brutal violations of the basic rights of indigenous people in every region of the world continue, even in areas where success had been achieved, such as in Canada where an agreement over land use between the aboriginal communities in Nunavut has faced implementation hitches.
“The reality of the UN declaration is that the rights of indigenous people did not arise out of the goodwill of States,” said Ms. Dorough.
“Rather, it is because of the entire history of exploitation, colonization, as well as the full range of human rights violations that the indigenous community has pressed the UN to open its doors in order to for us to take our rightful place not only in the context of the human rights pillar of the UN, but also in the environment, as well as the peace and security pillar,” she told reporters on the sidelines of deliberations in the two-week Permanent Forum on Indigenous Issues.
The forum is aimed at advancing the rights of the estimated 370 million indigenous people worldwide. More than 1,300 delegates are participating.
The rights stated in the UN Declaration includes Indigenous Peoples' "rights to their lands, territories and resources" and states that no relocation can occur without "free, prior and informed consent." The rights stated include Indigenous Peoples rights to their cultural, intellectual, religious and spiritual property and their right to free, prior and informed consent.
Wikileaks diplomatic cables released so far reveal how the United States ambassadors in Canada and Iceland worked against passage and implementation of the UN Declaration on the Rights of Indigenous Peoples.

Wikileaks cable 2007:
According to Paul Gibbard, Director of the Office of Aboriginal and Circumpolar Affairs at the Department of Foreign Affairs and International Trade, Canada shares our views that the OAS Declaration is ill-conceived and is headed for a "train-wreck." Gibbard said that Canada had a number of concerns with the UN text, and that the OAS resolution proposes even larger commitments. Canada sees the negotiations process as requiring a considerable amount of work, but does not anticipate an eventual consensus, which will be very negative for the OAS as an institution. The GOC will suggest to OAS member states that, as the process is not likely to yield a successful outcome, the best approach would be to back up from the negotiations and look instead closely at the underlying issues, seeking areas where there may be consensus.
¶2. (SBU) Gibbard added that the GOC will be supportive of our proposed "year of action" in principle, but expressed concern that it could lead to commitments that Canada would prefer to avoid. He said that Working Group Chairman Cuadros had been pushing for a two-track process in which the U.S. and Canada would fund projects instead of participating in negotiations. He expressed concern that our proposal could also go in this direction but insisted that the GOC would not be in a position to provide funding unless the OAS makes a clear statement that indigenous rights and issues are a key priority. Gibbard nonetheless promised to consult internally on our proposal and get back to us. In general, he said, Canada sees the potential to work together -- as long as there are no direct fiscal implications.
http://www.wikileaks.ch/cable/2007/10/07OTTAWA1957.html
.
Note: GOC=Government of Canada
Also see:
Black Hills Sioux Nation Treaty Council rejects US limited support:
http://bsnorrell.blogspot.com/2011/01/black-hills-treaty-council-rejects-us.html
WIKILEAKS: US says Iceland's support of UN Indigenous Declaration is an 'impediment' to US relations:
http://bsnorrell.blogspot.com/2011/01/wiki-icelands-support-of-indigenous.html
Background:
UNITED NATIONS DECLARATION ON THE RIGHTS OF INDIGENOUS PEOPLES
Adopted by the General Assembly 13 September 2007
The Declaration on the Rights of Indigenous Peoples was adopted by the General Assembly on Thursday September 13, by a majority of 144 states in favour, 4 votes against (Australia, Canada, New Zealand and the United States) and 11 abstentions (Azerbaijan, Bangladesh, Bhutan, Burundi, Colombia, Georgia, Kenya, Nigeria, Russian Federation, Samoa and Ukraine). More:
http://www.un.org/esa/socdev/unpfii/en/declaration.html
UN Declaration on the Rights of Indigenous Peoples (text)
http://www.un.org/esa/socdev/unpfii/en/drip.html
at May 15, 2011

Lakota volunteers cook and deliver delicious meals and supplies as COVID-19 surges in January of 2022. Photo "Taco bake and salad for o... 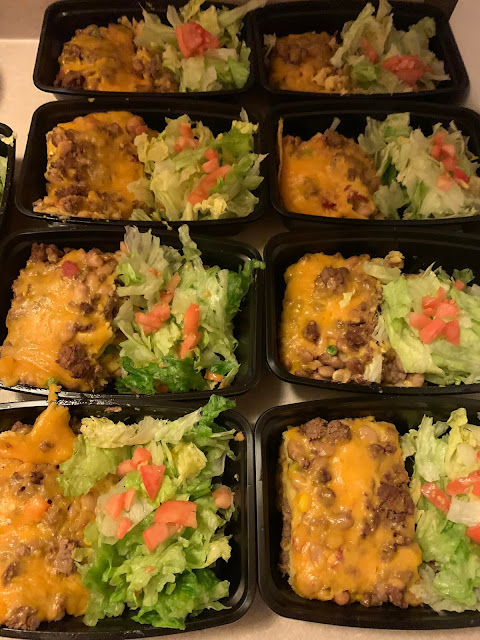