by Francisco Dominguez and Dan Bacher

Note: This interview was done in the spirit of indigenous people working together and supporting our youth, in accordance with traditional native cultural values. - Francisco Dominguez, Tarahumara. 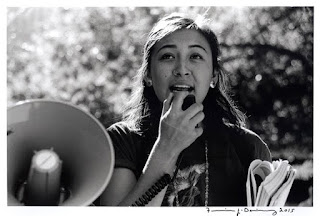 Q: Explain the events that led to a part time adjunct history teacher, Maury Wiseman, disenrolling you from his class, American History 17A, a requirement at Sacramento State University. This is a controversy that has gained national media attention.

A: Wednesday was the second class of the Semester with Professor Wiseman. Wiseman said to the class, "I don't like to use the word genocide because it implies that [the decimation of American Indians] was on purpose, and most natives were wiped out by European diseases." (See Johnson's opinion piece in the State Hornet:http://www.statehornet.com/opinion/editorials/native-american-student-at-sac-state-shares-her-story/article_80b5aef2-7891-11e5-b761-3b3a72e543b9.html)

I didn't respond at that time because I knew I was too mad and emotional about his comments. I took notes of what he said - and I had to prepare something factual to respond to his comments.

One the second day of the class, Wiseman made the point that native people had full agency over their land and were fighting one another over resources, including requickening other Tribes' children, before Europeans arrived. He said the Europeans didn't introduce violent relationships – they only just changed the relationships.

Q: So when did you speak out in class?

A: It was when he talked about, in the context of European exploration, how the Portuguese were "poor, hungry and decimated and how they through ambition, bravery and innovation" made friends on their way along the coast of Africa, down to the Cape and then to India and became of the wealthiest populations.

He glossed over slavery, and at this point, I was thinking that I should raise my hand, since he left the slave trade out of the discussion, instead moving on to talking about the Lateen sails of the Portuguese.

I then raised my hand and said I understand the context of exploration and don't feel that the Portuguese were "brave starving souls with ambition" – and pointed out that he omitted talking about the active decimation they were engaged in in order to attain that wealth.

I said I don't think it's fair to label the Portuguese as ambitious and brave when they were notorious for their brutality, and he regarded the Iroquois Confederacy as not ambitious and brave. He said that in the course he wasn't talking yet about the depopulation of the Americas, and began raising his voice.

Q: When did he kick you out of the class?

I then pointed out that many of the diseases were weaponized, including the introduction of smallpox to native populations in blankets. I said what happened to native people is NOT an accident.

He said, "I appreciate your argument, but you hijacked the last 10 minutes of my class. You made me feel like I was some sort of bigot and racist while I was talking about the Portuguese. This is an argument that people make. I'm not going to tolerate you doing this. I don't care what scholarship you have. I'm evicting you from this class today." (I'm not on scholarship.)

I said that you can this do this but you have to tell the truth. I then put six packets of articles on the classroom table (for him to read.) I also read to him the United Nations definition of genocide, which includes (1) the deliberate killing of members of a group, (2) causing deliberate harm to members of a group and (3) forced relocation of a group.

He said I "won't tolerate you hijacking my classroom."

He said I was expelled and that he was disenrollling me from the course. This was so immature, in my opinion.

Q: How did your story get picked up by the media and how did you respond?

A: It was shortly after I was kicked out of his class that Indian Country Today reached out to me. They interviewed me and Frederika (Fraka) Harmsen. Provost and Vice President for Academic Affairs, for a story they published on line on September 6. (http://indiancountrytodaymedianetwork.com/2015/09/06/history-professor-denies-native-genocide-native-student-disagrees-gets-expelled-course)

I did not know what I was supposed to do at this time. My mom, dad and Cindy Lamarr of Capitol Area Indian Resources met with University President Robert S. Nelsen. His response to us was that he didn't know what he could do about it. He said his hands were tied. He said he would look into it.

The Sacramento Bee then published a story. (http://www.sacbee.com/news/local/education/article35151201.html( During this time, we wanted to take the high road.

Martina Johnson, Navajo/Dine, Chiitaanibah Johnson's mother: The Sacramento State President said he would convene some panels in response to this. He asked community Natives at the last minute. The second panel was thrown together at the last minute and there was no plan for it. It was held at the University Multicultural Center.

(The Sacramento Bee reported on the administration's response in this article: http://www.sacbee.com/news/local/education/article38147970.html)

Q: Has the issue been resolved, in your opinion?

A: Wiseman has never apologized for his actions that day.

I do appreciate the creation of the Genocide/Holocaust minor. However, nothing was done to hold the professor responsible for his actions toward me. He was not held accountable for his racist statements. Also, the minor should be taught in the History Department, not Ethnic Studies.

The administration did hold a panel on "Native American myths and misconceptions," including Native American professor Brian Baker. We asked if Cindy LaMarr and I could be included, but we weren't. People who were on the panel were contacted the night before the panel.

In the panel, they talked how genocide was happening all over the world. And they made it clear that they weren't going to talk about Wiseman and the student he disenrolled.

A Navajo student who was on the panel claimed the issue was "divisive and we want to be over it."

At the panel, I did not feel like I was being supported, and it wasn't until a woman in the back stood up and asked about what happened before we briefly touched on the subject.

When I stood up to assert my story into the panel discussion, Brian Baker asked me, "is this going to be quick? We are trying to go to lunch." He was referring to the lunch provided by the university for this event.

Q: What has been the reaction of other teachers and students to this issue?

A: I have received support from both Native and non-Native students in my battle. For example, a biology professor said he was sorry it happened - and that the professor's conduct was really unprofessional.

In spite of all this, I still have to go to class every day and I live in the dorms. I'm studying to be a lawyer. I still don't like how the professor treated me and how CSUS dealt with it. I felt ostracized.

Note: Here is the opinion piece from Professor Maury Wiseman explaining his use of the word "genocide" in the same edition of the State Hornet where Chiitaanibah Johnson's op-ed was published: http://www.statehornet.com/opinion/editorials/sac-state-professor-explains-his-use-of-word-genocide/article_43f2af0c-7895-11e5-a432-cf9948e5a680.html 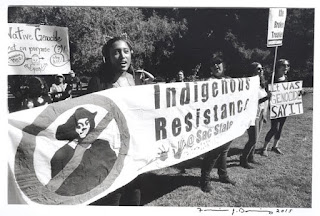 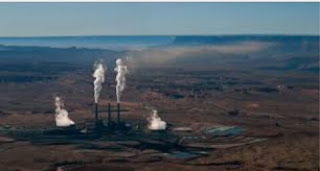 BLACK MESA, Ariz. – One of the nation's oldest and dirtiest coal-burning power plants will be able to continue dumping pollution into the skies above the Navajo Nation for another three decades because of a plan that was hatched in secrecy by government agencies, a coalition of Navajo groups claim in a complaint filed on Oct. 26, 2015.

The Navajo community organizations, To' Nizhoni Ani, Black Mesa Water Coalition, and Diné Citizens Against Ruining our Environment ("Diné CARE") say that newly uncovered evidence shows the Environmental Protection Agency and U.S. Department of the Interior colluded on a plan that will delay cleaning up harmful air pollution from the Navajo Generating Station ("NGS"), located on Navajo land near Page, Ariz. and Lake Powell.

"This is discrimination and genocide for our people and way of life. Our people still make a living off the land, and we have a right to participate in meetings that affect our future. This plan was brokered in secret," said Nicole Horseherder, a Black Mesa resident and founding member of To' Nizhoni Ani. "We didn't know these agencies were concocting a plan until they had already reached a final agreement that completely ignores the health and livelihoods of those who live in the shadow of the plant's smokestacks."

The Navajo Generating Station was built 40 years ago, and as the fifth largest power plant in the nation is also one of America's biggest polluters. Nowhere is the impact of the plant's toxic emissions felt greater than on the Navajo Nation, which suffers some of the highest rates of asthma and other lung problems in any community in the country.

In February 2013, the EPA proposed requiring cuts of 85 percent in the plant's harmful smog-forming nitrogen oxide emissions over the next five years in order to meet clean air safeguards. Documents obtained by the groups, however, show that from March to July of that year, a working group that included the EPA and DOI met in secret to develop a plan that skirted most of the EPA's initial recommendations.

Federal open government and accountability laws require agencies to conduct their work in public. But the working group met in secret without providing any notice of its meetings or opening them to the public. To the surprise of the Navajo groups, the EPA adopted a final plan in July 2013 that will allow NGS to continue polluting the air with high levels of smog-forming nitrogen oxides for at least another 30 years, long past the expected operational life for a coal-fired power plant.

"EPA and DOI deceived the public by lying about their involvement in the working group," said Mallory Kindsfather, one of three student attorneys working on the case for the Environmental Law Clinic at the University of Denver. "The federal government has been shutting tribal communities out of decision-making for a very long time. These violations underscore the lengths to which federal agencies are willing to go in order to silence indigenous voices."

The groups assert that what emerged from the improper and illegal behind-closed-door Federal Government agency collusion was a deal that excused the one power plant in the U.S. owned by the U.S. Government from the same kinds of timely air pollution cleanup within five years, measures being required for coal plants across the region and the country.

The groups filed their complaint with the U.S. District Court for the Northern District of California, in San Francisco, where EPA Region 9 issues its regulations – more than 800 miles from the Navajo Nation. They are asking the court to overturn the plan under the grounds that it violates the Federal Advisory Committee Act.  The facts and law at the center of this complaint are as follows:
·         Through a request for public information, tribal conservation organizations uncovered emails and other correspondences pointing to the Federal Government's collusion and secrecy in establishing an advisory committee for the sole purpose of offering regulatory recommendations.
·         This information supports an inference that EPA participated in the advisory committee meetings, advised along the way, and provided assurances that the advisory committee's end product would be approved.
·         The advisory committee did not provide public notice of its meetings or open them to the public.
·         EPA and Interior violated FACA by establishing and utilizing an advisory committee without abiding by these transparency safeguards. 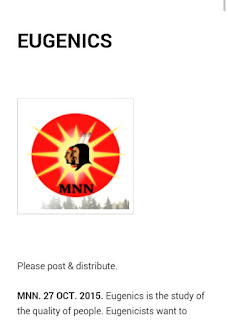