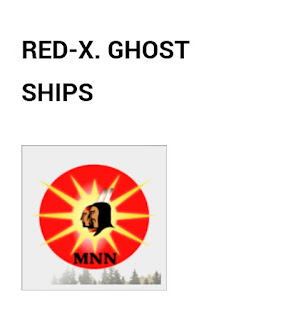 January 2, 2016
Greetings to all and May the Creator bless each and everyone of you as we once again journey in life during the upcoming four seasons.
I write this letter to reach out to you and everyone else in the hopes that what we have learned in 2015 will advance the spiritual journey of healing for 2016. The past year has educated me through each of your efforts through your experience, wisdom and religious beliefs. Through you, I have come to learn that we are facing the battle to destroy colonization, but not just for Indian country, for every society that makes up America.
Every non-Indian society suffers from colonization, which comes directly from the first day the Europeans set foot in North America. Their purpose was never to claim the new lands as home but to take all the natural resources that would enrich their country and status.
In the forefront of this adventure were Kings, governments, corporations, religious leaders and yes, mining. This became the fabric in creating the foundation of what is called the United States of America. In order to achieve their manifest destiny, the decision to eliminate the first people of this country had to be accomplished. This began the ugly process of killing 90% of Native people from North America, a horrible Atrocity in human history.
Our people of men, women, children, and elders were forced marched and placed in concentration camps. Native leaders and religious leaders were crucified for what they had believe God had given them.
So today, these places that were concentration camps or prisons are now recognized as Reservations, from the late 1800s and early 1900s.
This act of genocide lead to the denial of a human race to exercise the freedom that was given by the Creator. For what reason, all to accommodate power, greed, control and the evil source of ownership. After all that we had encountered, the United States government pledged to protect our interests as prisoners and now a member of a federally recognized tribe.
The United States promised they would exercise their trust responsibility to ensure that we, forever, would be taken care of. Our trust and confidence was placed in the hands of the government but not knowing we were to be deceived. Our ancestral homelands were given away, water was divided up by the state of Arizona, even the Reservation, by executive order, partials were taken for mining.
What still remains is our holy places that are located directly on U.S. Forest service lands which are to be protected. They too have now been given to foreign companies by our very own U.S. Government. Resolution copper/ Rio Tinto were given exemptions from all federal laws that we and every American must follow.
If not, we would be violating the laws and punishment would be at the discretion of a U.S. Federal court. This takes me back to my opening remarks of how this country was founded. For this very reason we must acknowledge the truth and begin the process of true healing for all people.
Our country cannot continue surviving on the path created by those who live for greed, power and injustice for the human race. We clearly can still witness this by the actions of John McCain, Ann Kirkpatrick, Jeff Flake and cruel misguiding statements made by Paul Gosar.
So please, join us in prayer and support as we continue the healing of freedom. We will once again walk off the reservation freeing ourselves from the bondage of federal policies and the inaccuracies of the history of this country.
We will no longer be invisible, for God, the Creator, who is known throughout the world, has spoken once again, through all his creations, that healing must begin to save what is left. So that those yet to be born will embrace the true spirit of life. The upcoming events are planned to occur on February 26th and 27th, 2016.