The Cactus Boneyard: Ecocide on the Border, the Commands of a Madman 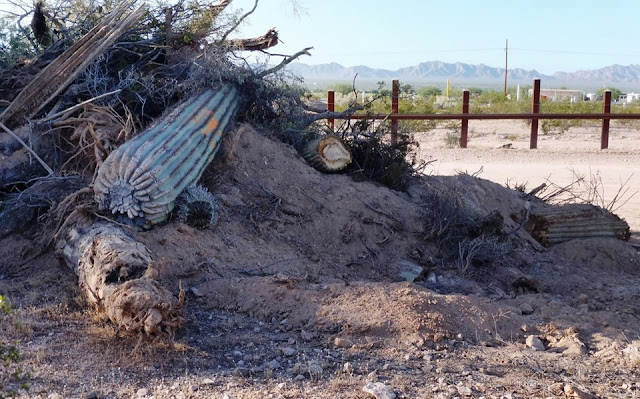 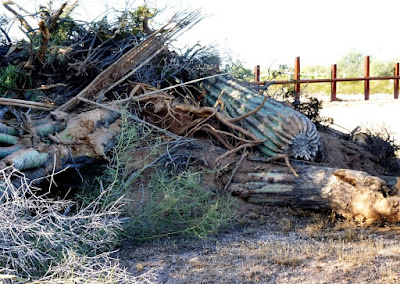 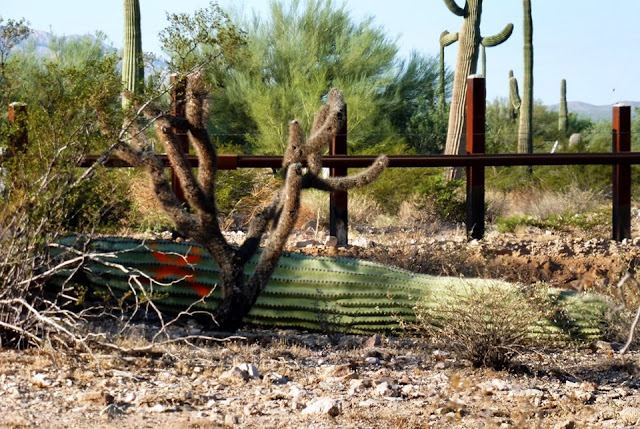 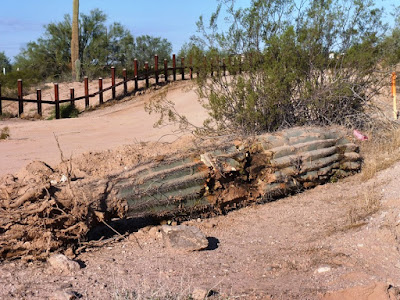 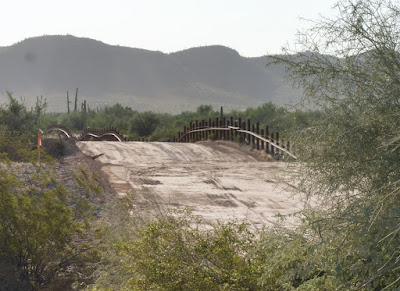 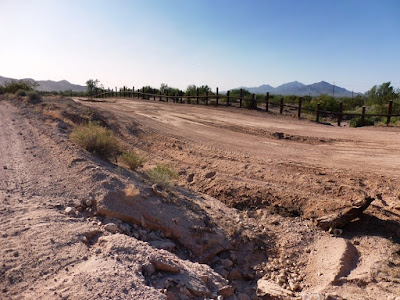 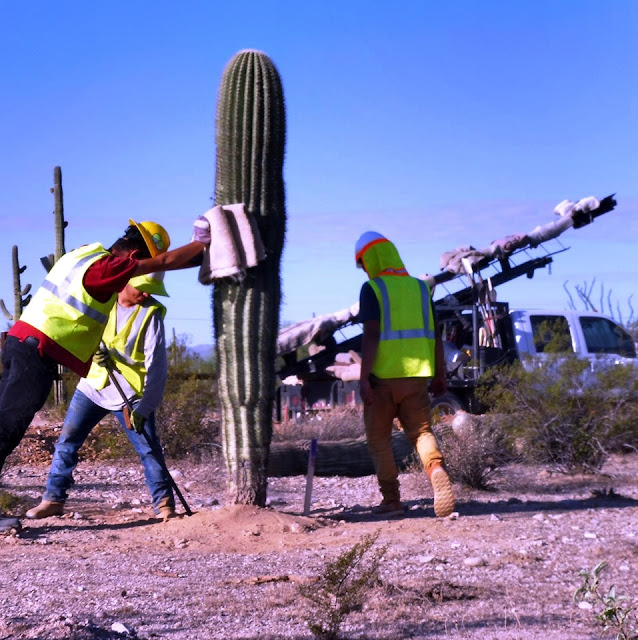 Ecocide on the Border: The Commands of a Madman

Update March 25, 2021 -- The devastation of border wall construction has been paused -- but the devastation by border wall contractors Southwest Valley Constructors remains in the deaths in the natural world, violation and destruction of the sacred, and depletion of water in the Sonoran Desert on the Arizona border.
Two of the border wall contractors are Southwest Valley Constructors of Albuquerque, and Fisher Sand and Gravel of North Dakota.
Burial places of Tohono O'odham were dynamited at Monument Hill, massive amounts of water wasted in the Sonoran Desert, sacred places violated, protected saguaros destroyed, and all laws protecting endangered species violated -- to construct pieces of a border wall.
The Sonoyta pupfish and Sonoran mud turtle are found no other place in the world.
The following article, and these photos, were first published by Censored News two years ago.

AJO, Arizona -- The protected Saguaro Cactus in Organ Pipe Cactus National Monument are being ripped from the life-sustaining earth for a border wall that is the symbol of death.
It takes Saguaro 50 to 100 years to grow an arm. Saguaro are found nowhere else in the world but here.
It is illegal in Arizona to cut down a Saguaro Cactus.
Ecocide is the extensive damage to and destruction of or loss of an ecosystem.
Life on the border is dying. All laws protecting endangered species, the water, land, and air, and Native sacred places have been eliminated to build the border wall here in the pristine Sonoran Desert. The endangered pupfish, burrowing owls, Bighorn sheep and Saguaros have no one to speak for them.

The voice of the desert is dying.

As in the Nuremberg trials, those who are 'just following orders,' must be prosecuted, along with those who gave the orders.

The photographer who took these photos said, "The wall contractors are moving fast, clearing the 60' Roosevelt Reservation (easement) along the border for the 30' wall. They have cleared to approx 6 miles in, Quitobaquito is approx. 15 miles in from the hwy."
"I imagine once they start working on the Wall on the west side of Lukeville that the Porto Blanco Rd will be closed to the public to Quitobaquito."
"We have been told that the columnar cactus in the easement, including Saguaros, would be relocated. I have attached photos of two small young saguaros, one actively being transplanted and one with stakes that had previously been moved."
"I also watched a video that was released by the Army Corps of Engineers showing how they were transplanting Saguaros. All of them were small and young as well."
"I hope I am wrong but I fear that the old ones, the old-growth ones, the tall ones, those with arms, those with many arms, the grand majestic saguaros are not being saved."
"For the amount of clearing that has been done so far I did not see very many brush piles. They must be hauling off a lot of debris from the site."
"One of the very few brush piles I did see was at the farthest point in and contained the bodies of several large saguaros that you see pictured here. If you have never been to Quitobaquito spring on Organ Pipe Cactus National Monument PLEASE GO NOW. Take as many folks with you as you can. Take photos and document/ witness the destruction along the way," the local photographer said.

This is a disgusting use of power on the part of an evil government! SHAME!

This is horrible! I wish I could share your article -- everyone should know what's happening.

Stop destroying our earth. Do you have any respect for life. Educate yourself on these cacti ! Stop ! There's no need for a wall. The government needs to leave our National Forest alone. ����