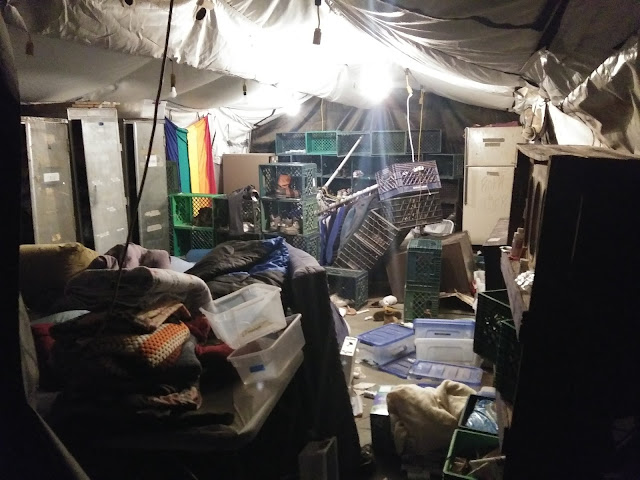 "Disturbing photos show the aftermath of the raid at Byrd Camp. Last night Border Patrol and BORTAC arrested people receiving care and ransacked the humanitarian aid station, ripping apart tents and destroying medical supplies. In an attempt to suppress documentation of the military-style raid, Border Patrol seized the cell phones volunteers used to document the violence. This morning during clean up, volunteers also saw that agents had disconnected the power to the well, the only water source on the property of the remote desert camp." -- No More Deaths 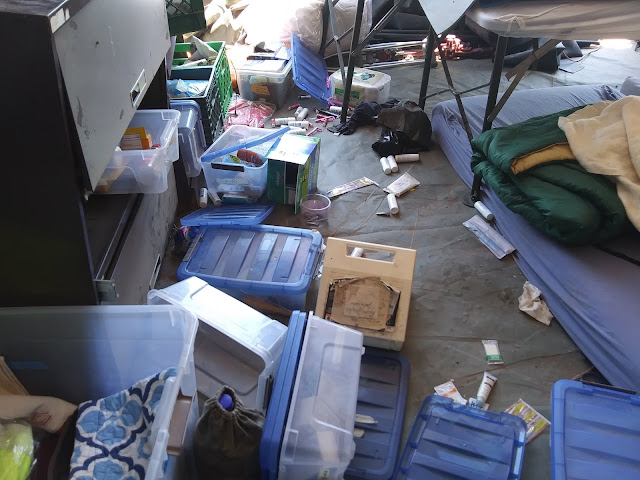 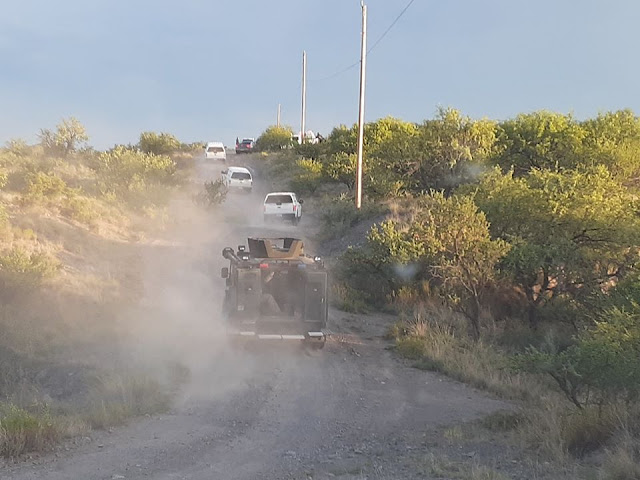 The military-style raid comes after No More Deaths sought information on the US Border Patrol's swat team BORTAC, which was also just involved in attacking protesters in Portland. In Arivaca, over 30 people were detained who were receiving aid, as the temperatures soared to over 100 degrees.

ARIVACA, Arizona -- The U.S. Border Patrol raided No More Deaths' humanitarian aid station, detaining over thirty people who were receiving medical care, food, water, and shelter from the 100 plus degree heat. In a massive show of force, Border Patrol, along with the Border Patrol Tactical Unit (BORTAC) - also recently deployed in Portland, Oregon - descended on the camp with an armored vehicle, three ATVS, two helicopters, and dozens of marked and unmarked vehicles. 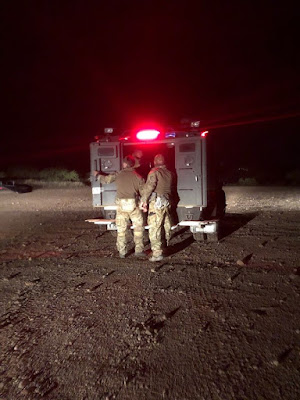 When raiding our humanitarian aid camp last night, Border Patrol did have a warrant, but refused to show it upon entry. The warrant specified the seizure of all cell phones and paperwork, in a clear attempt to suppress documentation of their actions, and they were not wearing masks. For two hours, in darkness, they detained and chased people receiving care while a Border Patrol cameraman filmed the scene. The day before, agents had entered the property without a warrant and detained one person receiving care. Border Patrol then set up 24-hour surveillance around the perimeter, deterring anyone else from entering the camp to seek help. 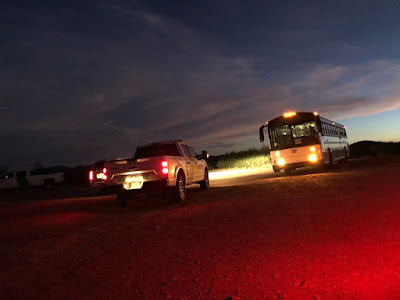 Last night's military style raid on the aid station is a clear example of Border Patrol's deadly pattern of interfering with humanitarian aid. Many No More Deaths volunteers work as EMTs, paramedics, nurses, and doctors. Volunteers are trained to respect the autonomy of individuals receiving care — as is standard practice in the medical field, they only call 911 and Border Patrol with patient consent. All persons at camp had been medically evaluated, were stable, and were receiving continuous care.

The initial detention and surveillance of the aid camp was set up just 24 hours after No More Deaths released emails from a FOIA request revealing the role of BORTAC — the tactical unit recently mobilized against protestors in the United States — and the Border Patrol Union's role in a 2017 raid of the same aid station.


"Yesterday, Border Patrol harmed over thirty people in irreparable ways. On a daily basis those who migrate through the Arizona desert are targeted, terrorized, detained, and deported." Said Dr. Scott Warren, "Last night we witnessed these tactics deployed against people who sought medical care and relief at No More Deaths' aid station. As always, when humanitarian aid in the borderlands is targeted, those who seek care are the ones that face the brunt of these violent escalations."

No More Deaths/ No Más Muertes is fully committed to continuing our aid work with all those traveling through the borderlands and who are in danger of suffering and death. Humanitarian aid is not a crime. 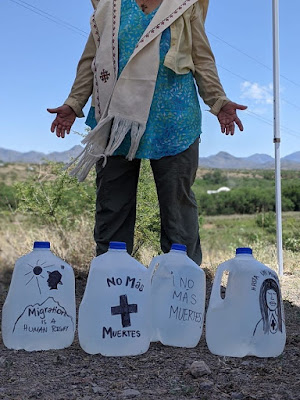 We will continue to update you as we have further developments and for any calls to action. Thank you again for being with us during this challenging time.

The warrant authorizing the raid of Byrd Camp was signed by Magistrate Judge Bruce MacDonald. In late 2018 this same judge was pressured to recuse himself from overseeing the #Cabeza9 case of four No More Deaths volunteers because of personal relationships and improper communication.


Volunteers approached the Border Patrol agents who stormed camp, asking to see this warrant. They were subsequently detained for two hours and had their cell phones taken, suppressing documentation of the violent raid.

After chasing and terrorizing those receiving care, agents used the document as permission to trash our desert aid station.

The 30+ people that were receiving care at Byrd Camp are listed as “items” to be seized during the raid; “illegal aliens” was placed at the end of a list including cell phones and documentation.

This kind of dehumanization of people crossing the desert exemplifies CBP's daily policies and practices. Border Patrol is a violent paramilitary organization that has caused thousands of people to die and disappear in the borderlands.
If you're able to support our work financially right now, please give here.

In solidarity,
The No More Deaths/ No Más Muertes community