Myron Dewey's Death: No charges filed against driver who was responsible -- Investigation ongoing

Myron Dewey's Death: No charges filed against the driver who was responsible -- Investigation ongoing
By Brenda Norrell
Censored News
Feb. 4, 2022

YOMBA, Nevada -- There have been no charges filed against the driver responsible for the death of Paiute Shoshone journalist Myron Dewey, killed in a head-on collision four months ago. Although the driver of the other vehicle was found at fault, the Nye County Sheriff's Department said the investigation is ongoing.

In the homeland of Wovoka, Myron live-streamed at the Fallon Navy Bombing Range the day before his death. Myron warned of the pending expansion of the bombing range, and the new lithium mining here in Paiute Shoshone homelands.

In the fatal accident, the driver of a larger truck, a 2017 Toyota Tacoma truck, pulled into Myron's lane on Ione Road, an isolated dirt road near Yomba, hitting Myron's smaller SUV head-on.

The head-on crash resulted in Myron's death two hours after impact on September 26, 2021. A family member living nearby, listed as the next of kin, was able to reach the site and be with Myron during his final time.

The driver of the Toyota truck, John David Walsh of Reno, was conscious after the crash and was airlifted to a Reno hospital.

The Nye County Sheriff's Department told Censored News on Thursday that the investigation is ongoing.

Nye County Sheriff's Office Administrative Tech Julie Nicholson told Censored News, "This is currently an active investigation and I can’t release further information until it is completed. Please feel free to check in at a later time."

Censored News asked Nye County Sheriff's Department if any charges have been filed against Walsh. Walsh was found to be at fault by the Nevada Highway Patrol in its accident report.

Censored News also asked Nye County if the blood test was completed on Walsh and what the results were. The response on Thursday was that the investigation is ongoing.

"Looking at the accident scene you could that John was headed northbound when John went left side of the road hitting Myron. Both vehicles came to a complete stop upon impact. Both vehicles sustained substantial damage to the driver's side front ends."

Myron was a well-known drone activist and filmmaker, who documented the militarized brutality and surveillance at Standing Rock during the resistance of Water Protectors to the Dakota Access Pipeline. Myron's photos and videos captured TigerSwan and other security operatives, the excessive militarized force of sheriffs' deputies from across the United States, and the surveillance technology at Standing Rock in 2016 and 2017.

Myron: The Day Before

Myron was widely known as a Water Protector at Standing Rock, who carried out drone surveillance of militarized law enforcement during the defense of the water as construction was underway of the Dakota Access Pipeline in North Dakota, threatening the water of millions.

The day before the fatal accident, Myron live-streamed from the Navy's Fallon bombing range in his homeland, east of Reno, Nevada, reporting on the dangers of the bombing range to the people and sacred land.

The bombing range, in central Nevada, is used by the Navy Seals for the bombing, ground maneuvers, and electronic warfare, according to the U.S. Navy.
Although large-scale expansion is now being pushed, Native people are opposed to the massive bombing range expansion. Myron and Native leaders in the region have been speaking out and battling this expansion.
Returning to his childhood homeland at Yomba on Saturday, the day before the fatal crash, Myron said live on social media during the live stream, "This is what we grew up around, the military-industrial complex."
Myron said the military was flying over sacred places. Describing the destruction of the sacred here, he said both mining and the bombing ranges have caused the desecration of sacred places.
Myron warned of the lithium mining now targeting Thacker Pass in northern Nevada, which is a Massacre site.
Myron said when he hears, "Thank you for your service," another image comes to mind: "Killing, rape, genocide."
"I am a survivor of a mass genocide across the United States."
Pointing out that genocide is being carried out around the world, he said, "In Nevada it is still fresh."
At Standing Rock, Myron and the Water Protectors witnessed an Avenger missile launcher. On that Saturday, now five years after Standing Rock, in the Nevada desert at the bombing range, Myron filmed another Avenger and pointed out that it is protecting communication equipment.
Myron said his video is to warn his grandchildren of this corporate greed, and the greed that demands power and military force.
Speaking on climate change, he said there were not enough pine nuts to feed the people during the ceremony this year.
Myron also speaks of the green-washing now targeting Nevada, and the need to protect and defend the land and water.
"Take a breath," he said, "Take a moment and appreciate what you have."
Myron Dewey was a journalist, drone activist and filmmaker. He was also a witness.
Myron's documentation at Standing Rock includes the excessive force of militarized police, resulting in the critical injuries of Water Protectors. The cases continue in court.
Myron photographed TigerSwan and other security contractors, the surveillance helicopters and the spy technology which likely disrupted Water Protectors' cell phones and illegally accessed their calls. As the court cases continue, it is clear that Myron's documentation is valuable evidence.
Morton County stated that TigerSwan provided the 'intelligence' for the fusion center of multiple law enforcement agencies. North Dakota said TigerSwan operated without a license. North Dakota's response team said they were unprepared for the use of drones by Water Protectors, which includes Myron's drones, and did not know what to do about the drone surveillance carried out by Water Protectors.
The Intercept, in an expensive legal battle, went to court. Now, a state judge says that thousands of TigerSwan spy documents will be released. Energy Transfer, Dakota Access Pipeline's owner, was in court too, trying to halt the release of the spy documents.
Perhaps some cases will eventually be heard by the U.S. Supreme Court. We hope so. We hope there will be justice. Myron was killed in a head-on collision when a driver in a truck pulled into his lane on an isolated dirt road near Yomba and killed him.

Article copyright Brenda Norrell, may not be used without permission.

Myron's Video Nov. 20, 2016
The attack by militarized law enforcement on unarmed Water Protectors at Standing Rock on Nov. 20, 2016, resulted in critical injuries. The cases continue in court.
Myron Dewey's video: Myron said, "Police and fireman use: Percussion grenades Mace Rubber bullets Water Canon."
https://www.youtube.com/watch?v=1-Kbxfvno4w
Copyright
Article copyright by Brenda Norrell, Censored News. This content may not be used for news, dissertations, books, films or any other purpose, without written permission from the author. The photos and videos are the property of the photographer or his estate.
at February 04, 2022 2 comments:

The Best Kept Secrets in Indian Country: The Shift from Authentic Journalism to Armchair Plagiarism 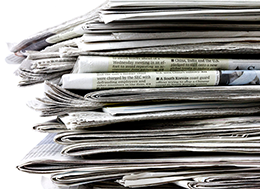 The Best Kept Secrets in Indian Country
The Shift from Authentic Journalism to Armchair Plagiarism
By Brenda Norrell
Censored News
The shift from authentic journalism, to armchair plagiarism, went undetected for years. At the newspaper Indian Country Today, where I was a staff reporter, the shift began after the newspaper was purchased by new owners in New York State, in the late 1990s.
Reporters who actually went out to cover the news were driven into financial ruin while paying our own expenses and then fired. Those who never left their easy chairs continued in their role as plagiarizers.
Read more »
at February 04, 2022 2 comments: