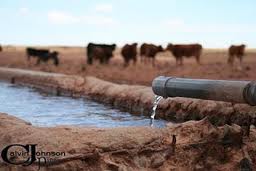 NAVAJO NATION COUNCIL DELEGATES: DO NOT WAIVE THE TREATIES OF 1849, 1868 AND THE WINTERS DOCTRINE
For the past few years, The Navajo Nation Government has been working on the Arizona Water Settlement for the Little Colorado River and the Lower Basin of the main stem Colorado River .

Recently, Council Delegates and local leaders have been pushing for voters to approve resolutions in support of this settlement.

On September 17, 2010 Speaker Lawrence T. Morgan announced a Special Session, set for September 29, 2010 at the Navajo Nation Council Chambers. The session is to start at 10 a.m. (DST) with water rights settlement as an action item listed under new business. The agenda lists Council Delegate George Arthur (T'iistoh Bikaad/San Juan/Nenanezad), the current chairman of the Resources Committee, as the sponsor of Legislation No. 0422-10 “Northeastern Arizona Indian Water Rights Settlement Agreement legislation” and per Office of the Speaker press release states the settlement “would settle the Navajo Nation’s and Hopi Tribe’s water rights claims in the lower basin of the Colorado River and Little Colorado River system.”

Preliminarily and from a grassroots point of view, the supposed Arizona water settlement is a huge scam and we as indigenous people who have been here for many generations will be losing our basic water rights for the sake of money, power and control.

Recently at Tolani Lake Chapter meeting, Delegate Leonard Chee stated to the public that it was “the fault of the people that the Navajo Nation will be only receiving 45,000 acre-feet/year total from the C-aquifer”. It was “they who were saying NO to water." Well, with all due respect if Mr. Chee took the time to read all the agreements/settlement and spoke to activist who understand water rights, he would have read that Navajo water is NOT FOR ALL THE NAVAJO PEOPLE.

Back in 2007, I wrote a statement about the infamous Mohave Generating Station negotiation agreement titled “Mohave Mediation Memorandum of Recommended Non-Economic Terms." In that agreement, the $600 million dollar lawsuit brought against the Federal Government would have been dismissed in exchange for giving away C-Aquifer water to the “Blackmesa Project." In the same agreement, we as a Nation would have waived and released any and all Claims against APS, Southern California Edison, Salt River Project, Nevada Power, Tucson Electric Power and LADWP, waived of certain natural resources damages claims, waived sovereign immunity. With the Arizona water settlement, we will have the same terms because the Treaties of 1849, 1868 and the Winters Doctrine (Winters v. United States, 1908) guarantees the Navajo People water rights to the Little Colorado River and the Lower Basin of the main stem Colorado River.

In order for Navajo Nation to approve the Arizona Water Settlement for the Little Colorado River and the Lower Basin of the main stem Colorado River, the Navajo Nation must waive our rights to water such as the Winters Doctrine. I want to emphasis again, that the Treaties of 1849, 1868, and the Winters Doctrine entitles all the Navajo People as a nation water rights whether it’s brown, clear or underground.

Additional serious and grave concerns regarding the Little Colorado River and the Lower Basin of the main stem Colorado River Settlement are the lucrative terms such as:

• Allowing of non-Indian users to pump unlimited amounts of C-aquifer water from wells beyond 18 miles south of the Navajo Nation boundary;

• Allowing of non-Indian users unlimited amounts of C-aquifer water 18 miles south of the Navajo Nation boundary –even though excessive pumping will reduce flows in the River and may bring more salty water to Navajo wells .

• Allowing of non-Indian water users to pump as much “underground flow” as they want without regard for impact on Navajo use of same aquifers.

• Waiving all Navajo priority and reserved water rights to the Little Colorado and Colorado Rivers for other uses forever .

The Navajo Nation leaders should be fighting and defending the Treaties of 1849, 1868 and the Winters Doctrine. Every drop of what belongs to Navajo is will deserved, not by giving it away to greedy corporations or entities who in return do not help our nation. Also, a clarification of Mr. Chee’s accusation of the residents of Canyon Diablo who were saying no water for Peabody was due to the fact that impacted residents were not to receive a single drop of water even if the pipeline was directly in front of their homes. Same goes for the Dilkon Water Project: Water will be piped to Dilkon but impacted residents living in front or directly of the line will NOT receive any water. Would you say yes to such a project if you were not to get water for 15 years down the road?

Disclaimer: The opinion expressed here are the views of the writer and do not necessarily reflect the views and opinions officially of my employer or the Leupp Schools Inc., its employees, staff and/or its board.
Calvin Johnson
PO Box 5527
Leupp, AZ 86035

Reporter: CNN Refused to Air Footage of US War Crime in Iraq
Democracy Now
A prominent Australian war correspondent has revealed the news giant CNN refused to air footage of an apparent war crime by US troops in Iraq. In an interview with the Australian network ABC, Michael Ware says he witnessed a US soldier fatally shooting an Iraqi teenager in the back of the head. The boy then lay dying for twenty minutes. Ware says CNN decided the footage was too graphic for broadcast. He’s been unable to release it because CNN owns the tapes.
http://www.democracynow.org/2010/9/21/headlines/reporter_cnn_refused_to_air_footage_of_us_war_crime_in_iraq
at September 23, 2010 No comments: