Coalition of Clean Air Groups Bring Actions Against Federal Government For Failure to Protect People and National Parks
Federal agencies fail to meet legal duty to reduce air pollution in national parks and wilderness areas across the country
Press statement(WASHINGTON, DC) — Today, a coalition of clear air advocates is acting to compel the Environmental Protection Agency (EPA), the U.S. Department of the Interior (DOI), and the U.S. Department of Agriculture (USDA) to fulfill their obligations to protect the nation’s largest and most scenic national parks, wilderness areas, and wildlife refuges from unhealthful haze pollution that dirties the sky and drastically reduces visibility. 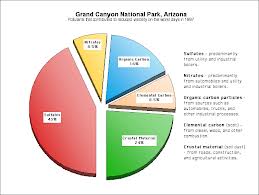 “Every year, millions of visitors to our national parks and wilderness areas are unable to see the postcard views because they have been obscured by haze pollution,” said NPCA Clean Air Counsel Stephanie Kodish. “More than 30 years ago Congress committed to restore clean, clear air to America’s most prized national parks and wilderness areas. But EPA has repeatedly escaped its duty to regulate polluters by missing deadlines to develop and implement meaningful plans to reduce air pollution that makes people sick and skies look more like muddy water than the crystal-clear views they once were.”

“Americans go to national parks to breathe clean air, not choke on soot and smog,” said Earthjustice Attorney David Baron. “It's time for the states and the EPA to clean up the air in parks and wilderness areas as required by the Clean Air Act. Leaving our mountains and canyons buried under filthy haze is not an option.”

In addition, NPCA, Grand Canyon Trust, Sierra Club, Dooda (NO) Desert Rock, To Nizhoni Ani, WildEarth Guardians, Northwest Environmental Defense Center, Washington Wildlife Federation, San Juan Citizens Alliance, and the Center for Biological Diversity have joined to file an “unreasonable delay” lawsuit against DOI and USDA. The lawsuit is in reaction to the failure by these agencies to find that pollution from Navajo Generating Station in Page, Ariz., TransAlta/Centralia power plant in Centralia, Wash., and Four Corners Power Plant in Fruitland, NM devastate air quality in gems such as Mesa Verde National Park in Colorado, Mount Rainier and Olympic National Parks in Washington, and Grand Canyon and Petrified Forest National Parks in Arizona. These petitions ask DOI, and in the case of Four Corners USDA, to protect public lands by certifying that specific large, outdated coal-fired power plants are causing haze pollution in these national treasures. To date, little progress has been achieved with the two agencies regarding a formal certification of visibility impairment around these sites.

"It is the Navajo people living near [the Four Corners coal-fired power plant] who suffer the effects of this pollution," said Elouise Brown, president of Dooda (No) Desert Rock- an organization of indigenous people working to protect people from the harm done by coal’s pollution. "This air pollution causes respiratory problems like asthma, emphysema and bronchitis, it aggravates heart disease and it damages lung tissue. The air we breathe has been polluted by coal-fired power plants for far too long."

“Through the Regional Haze program, state and federal agencies have an unprecedented opportunity to ensure healthier air and clearer scenic vistas by requiring affordable and routine controls that reduce air pollution from industrial sources like coal-fired power plants,” Kodish added. “The regional haze program was designed to reduce pollution and restore pristine visibility to national parks and wilderness areas. The Federal government must swiftly act to enforce this program.”

“Our Rocky Mountain highs are increasingly under siege from haze, especially here in Colorado, yet it's a problem we can easily solve,” said Jeremy Nichols, Climate and Energy Program director for WildEarth Guardians. “With sensible plans to limit air pollution, we can finally protect parks, people, and our cherished western landscape.”

“These actions simply ask EPA to follow-through with programs that will protect people from the dangerously harmful pollution that jeopardizes our health when coal is burned at power plants,” added Bill Corcoran, Western Regional Director for the Sierra Club’s Beyond Coal campaign. “The same pollution that literally makes it difficult for people to see our priceless natural treasures also ends up in people’s lungs. This is both harmful and preventable and we urge the EPA to act quickly to solve this problem.”

“We can clear the air in our nation’s parks. In Colorado, a bipartisan coalition has already come together to find solutions for reducing dangerous haze in areas such as Rocky Mountain National Park,” said Environmental Defense Fund Attorney Pamela Campos. “It’s time to work together to clean up all of our nation’s most treasured areas.”

“Coal pollution is ruining vistas in southwestern National Parks and poisoning waterways that people and wildlife depend on,” said Taylor McKinnon with the Center for Biological Diversity. “It’s long past time to begin a new era of clean energy in the southwest—one that doesn’t include coal.”

These legal actions, while far-reaching and important in impact, represent only a portion of the Clean Air Act’s provisions that have yet to be fully implemented. In the coming months, EPA is expected to finalize new regulations under the “good neighbor” provision of the act to reduce interstate transport of pollution to states that are downwind, and stronger air quality standards for ozone. The agency is also expected to soon propose a utility toxics rule that addresses mercury and other pollutants from coal and oil fired utility boilers. These actions complement the actions that are being sought by these legal filings and represent a great opportunity for putting the right policies in place to clean the air, restore our national parks and improve public health.

To see photos and additional information on how regional haze impacts views in our parks and wilderness lands, go to: http://www.epa.gov/visibility/monitor.html