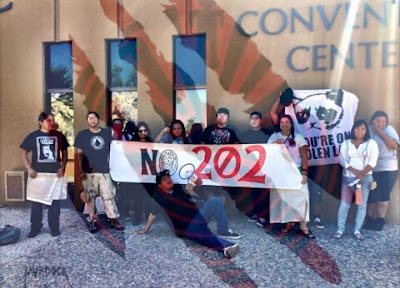 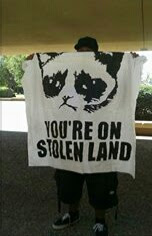 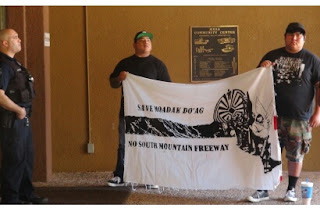 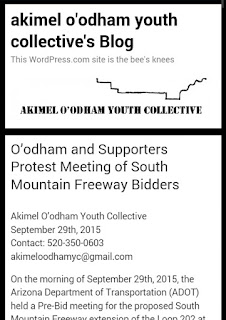 The protesters gathered in the front entrance holding signs, chanting, and singing O'odham songs. The group tried to enter the building but Mesa police officers and private security block the entrance. The protest forced attendees of today's pre-bid meeting to exit out of another door, even as the protest continued to march, trying to find other ways into the building.

" Our actions and presence today is in an example to the purposed corporations that it is wrong to destroy our sacred places," said Deran Martinez, 25 from the Village of Vah KI. "It's huge part of our culture (South Mountain) and we won't go silently."
Read more:
https://aoycblog.wordpress.com/2015/09/30/oodham-and-supporters-protest-meeting-of-south-mountain-freeway-bidders/
at September 30, 2015