Frontera NorteSur: Standing Up for the Disappeared: Paso del Norte 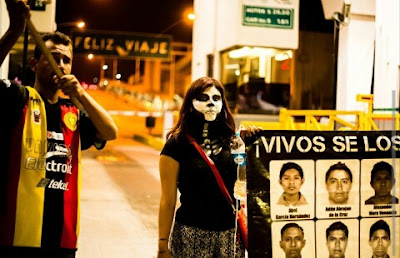 Editor's Note: Today's feature is a chronicle of the whirlwind of protests held in Ciudad Juarez and El Paso the weekend of September 25-27, 2015, on the first anniversary of the forced disappearance of 43 Mexican university students.

Standing Up for the Disappeared in the Paso del Norte

As the first days of fall set descended on the borderland, strong messages echoed in the streets of Ciudad Juarez, Mexico, and neighboring El Paso, Texas. Among them:

"They took them alive! We want them back alive!" "Ayotzi lives! The struggle continues!" "They are our daughters, not merchandise!" "Why do they kill us if we are the hope of Latin America!"

For 43 hours, from September 25 to September 27, hundreds of human rights activists, relatives of disappeared persons and concerned citizens  remembered- and protested-the first anniversary of the forced disappearance of 43 Mexican male students from the Raul Isidro Burgos Teachers College of Ayotzinapa, Guerrero, at the hands of police and paramilitary forces.

Three students and three civilian bystanders were also killed by gunmen during the attack unleashed against the Ayotzinapa students in the city of Iguala, Guerrero, on the evening of September 26, 2014.

One year later the Paso del Norte has not forgotten. There were vigils, protest marches, film showings, street theater, mural inaugurations and demands for justice at consular offices in Juarez and El Paso. At Juarez's Casa de Adobe Museum located on the Mexico-U.S. borderline, residents of the border sister cities painted the number 43.

"We ask what would happen if 43 students from any university in the U.S. disappeared?" pondered border writer and activist Juan Carlos Martinez. "Perhaps Obama wouldn't be in office."

But late September's bout of activism went beyond the Ayotzinapa issue per se, touching on many local cases of both men and women who were forcibly abducted over the years and never seen again.
"There are not only 43 disappeared people in this country," stressed Leticia Ruiz, Juarez poet and an activist with the newly-formed Paso del Norte Regional Popular Assembly. "There are more than 20,000 nationwide-1,500 in the state of Chihuahua alone." 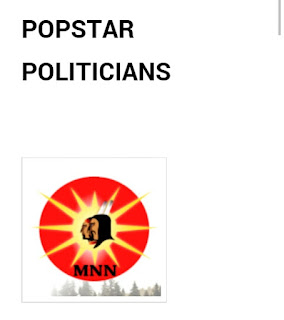