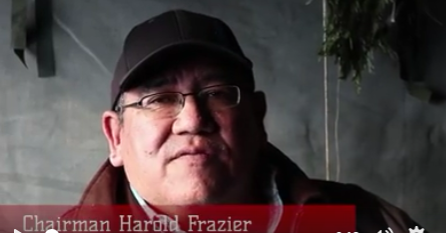 Thank you Chairman Frazier for your words. I agree with you, the water protectors are heroes. Your words and support will bring comfort to many broken hearts & spirits. ☆♡☆

Support is coming from people outside of the Indian tribes which is a new thing, greater understanding of the Indian culture by non-Indians is the way forward to help educate people.

A time has come to start to move forward and get the Indian peoples a better deal than they have.