Cruelty and Hate: Dynamics of Border Wall in the Trump Era of White Supremacy 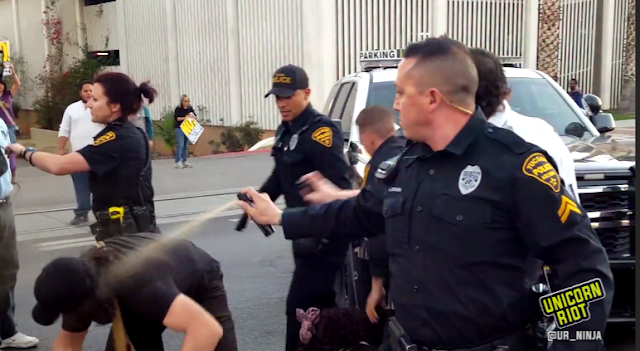 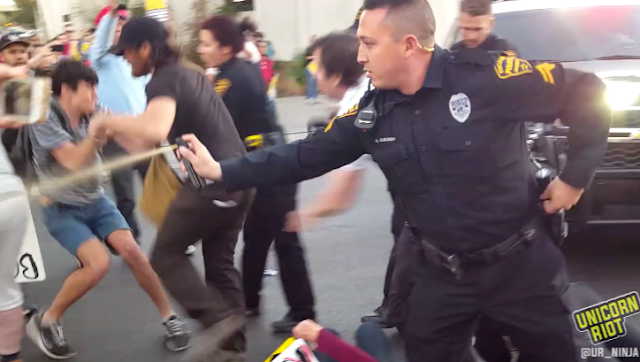 U.S. Border Patrol Agents Kick and Destroy Life Saving Water for Migrants
Photos -- U.S. Border Patrol agent kicking and destroying life saving water for migrants at the Arizona border, as shown in hidden video footage. "Water is Life," here on the border and everywhere. The same militarization and abuse of the unarmed, and the most vulnerable, at Standing Rock, is the U.S. government's mandate at the borders.

Unicorn Riot has produced a new video from the U.S. Mexico border, revealing the hatred and profiteering at the root of Trump's proposed border wall. The cruelty and hate of the U.S. government at the border is now magnified in the Trump era of white supremacy.
The images tell the true story of how U.S. Border Agents destroy life saving water left for migrants, and show Tucson police pepper spraying supporters rallying for migrant rights.
This is the true story of how the U.S. provides weapons to the cartels in Mexico to fuel the drug war, and the U.S. involvement in drug running.
Follow the money, and the path of wealthy white supremacists in America. The United States fills private prisons with migrants for dollars, imprisoning migrant children in violation of international law.
Watch "Crisis Borderlands" video at Unicorn Riot:
http://www.unicornriot.ninja/?p=14019

At Censored News, many of our most censored, original news articles over the past decade have come from the Arizona border. This includes the fact that a Congressional hearing exposed the arrests of hundreds of U.S. Border Patrol agents and ICE agents for running drugs, and serving as "spotters" for the cartels, to bring their loads across the border. Since that time, the arrests of border agents for running drugs has continued.
Another article that was highly censored was the brochure of the assault weapons provided to the cartels. The ATF's assault weapons to cartels began on the Texas border with the Bush administration and continued, with Operation Wide Receiver, and Fast and Furious in Tucson.
Recently, the most censored issue is the the U.S. government's border security contract to Elbit Systems, the Israeli firm responsible for Apartheid security in Palestine. This was during the Obama administration.
Elbit's spy towers now target traditional O'odham communities on the Tohono O'odham Nation. The Tohono O'odham's Gu-Vo District is battling to protect burial places from the construction of these US Israeli spy towers. The militarization of O'odham lands continues with U.S. Border Patrol abuses of O'odham.

Also see:
National Public Radio reports three music bands were denied entry into the U.S for the music festival in Austin, Texas, including a First Nations bassist, who was told by a border agent -- in violation of federal law -- that he would need a blood test to enter the U.S.
http://www.npr.org/sections/therecord/2017/03/13/520010920/three-more-sxsw-bound-bands-denied-entry-into-the-u-s
at March 17, 2017 1 comment: