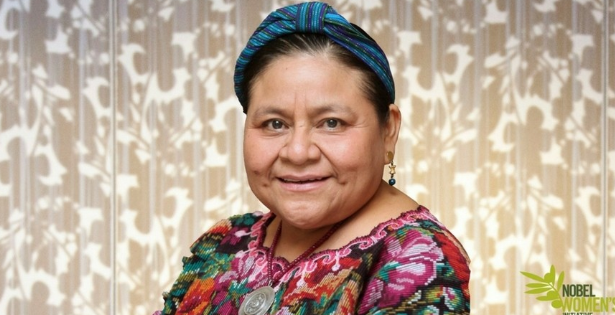 A group of Women Nobel Laureates including Rigoberta Menchú Tum of Guatemala today sent a letter to California Governor Jerry Brown urging him to "begin managed and just transition off of oil and gas production." The signatories to the letter also include: Mairead Maguire (Northern Ireland),  Jody Williams (U.S.A), Shirin Ebadi (Iran), Leymah Gbowee (Liberia) and Tawakkol Karman (Yemen). Below is the press release from the Nobel Women's Initiative followed by the text of the letter in both English and Spanish:
SACRAMENTO – Declaring that California has "a moral responsibility to act" and "climate leaders can no longer explore for and exploit new fossil fuels," a group of Nobel Peace Laureates today urged Governor Jerry Brown to freeze new fossil fuel drilling and develop a plan to transition 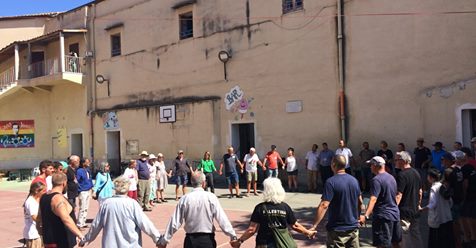 Israel Violently Attacked Peaceful Freedom Flotilla Boat carrying medical supplies to Gaza, First Nation Leader Among Those Now in Israeli Prison
Larry Commodore, former chief of Sto:lo First Nation, is among those imprisoned in Israel prison
By Freedom Flotilla Gaza
Censored News
The statement made by the Israeli authorities that the Freedom Flotilla Coalition’s Al Awda boat was intercepted, boarded and redirected from Gaza, Palestine to Ashdod, Israel on 29 July without incident is false. According to first hand evidence that we have been given, the Israeli Occupation Forces (IOF) violently attacked our Norwegian flagged boat ‘Al Awda’ (The Return) as she was in international waters.
Prior to all of our electronic communications being cut to and from our boat, at least four warships had appeared. Following some unlawful radio directives to our captain and our insistence that we had a right of innocent passage in international waters, armed, masked soldiers boarded ‘Al Awda’ without permission. They assaulted several unarmed participants by hitting them and using tasers as some of our participants lawfully endeavoured to resist this attempted hijacking, drawing upon two days of non-violence training in Palermo. Other participants were also hit by soldiers in this anything but peaceful exercise by the IOF, for what may have been a range of ‘reasons’.
Three of the many people that Israeli soldiers assaulted were: Captain Herman Reksten, Mike Treen and Dr Swee Ang. All of these assaults, including the hitting of an unarmed slightly built, 69 year old female surgeon crosses a line which must be investigated and the criminals must be held accountable. We continue to try and gain evidence and will seek to ensure that justice prevails.
Two Israeli citizens (Yonatan Shapira and Zohar Chamberlain Regev) and two international Al Jazeera journalists have been released, but 18 of the participants have now spent their second night unlawfully detained in Givon Prison, Israel. To protest Israel’s illegal actions and their ongoing treatment, two participants have commenced a hunger strike.
We urge the Norwegian Government, along with the national governments of all of those who were subjected to these multiple breaches of international law to intervene and to demand the immediate, unconditional release of Al Awda and everything that was on board, including all of the participants and the medical aid that we were carrying to MyCare in Gaza for distribution.
We demand that the IOF does not engage in any similarly  unlawful and violent acts towards the yacht ‘Freedom’, the next of the Flotilla boats as she commences her approach to Gaza, Palestine via international waters.
#SOSjustfuture4Palestine