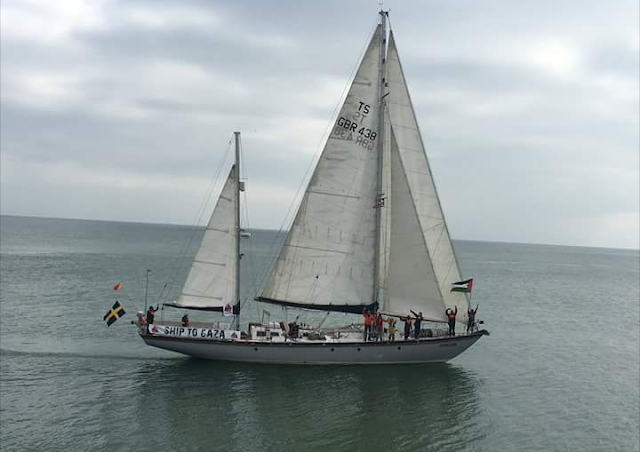 Swedish Boat to Gaza believed to be under Israeli Military Attack, after all contact lost 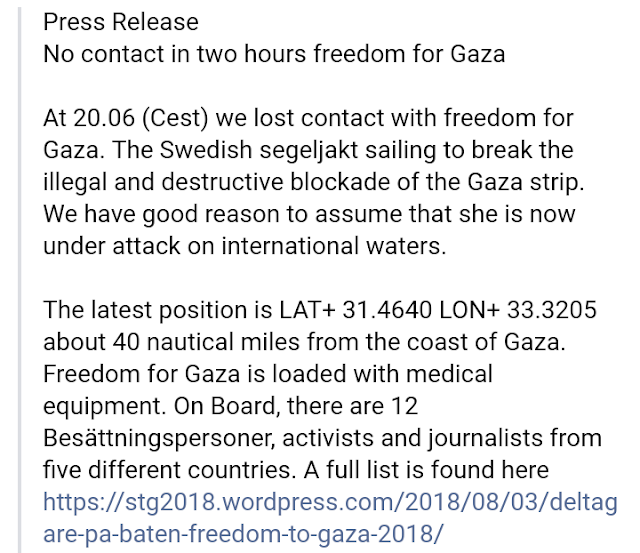 First Nation elder on his way home, after Freedom Flotilla to Gaza attacked by Israeli military 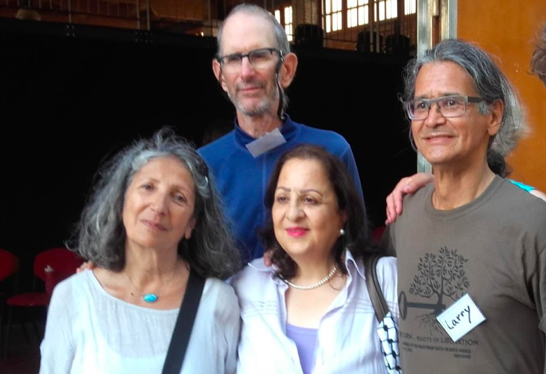 Larry Commodore, Sto:lo First Nation, on his way home, after he was injured and imprisoned when the Freedom Flotilla to Gaza was attacked by Israeli military

By Canada Boat to Gaza
Censored News
Larry Commodore, elder and former chief of the Stó:lō First Nation (near Chilliwack, B.C.) is finally on his way home. Larry is shown on the right of the photo next to the Palestinian ambassador to Italy and Canadian participant Kathy Wazana and John Turnbull, skipper of the Freedom, last week in Palermo. He was among the participants from the Freedom Flotilla vessel Al Awda (The Return) which was attacked and violently captured by the Israeli Occupation Forces on Sunday. Larry and others were held in unlawful detention in an Israeli prison until today, and is now on his way how to family and supporters. Press and the public are asked to direct inquiries to our media spokespersons http://canadaboatgaza.org/contact-us/

The Freedom Flotilla spokesperson said Larry's foot was injured when Israeli military attacked the lead boat, and Larry spent the first night in the hospital, before being transferred to Givon Prison in Israel. -- Censored News

Colorado defenders of immigrants locked down for 7 hours in the 90 degree heat on Thursday -- singing out to defend caged and imprisoned migrant children and their parents, outside ICE in Colorado. One toddler died after being incarcerated and separated from her parents at a facility in Dallas, Texas, this week, as Trump's cruel and genocidal torture of migrants continues.
at August 03, 2018 No comments: