Paiute Shoshone News Producer Myron Dewey, of Digital Smoke Signals, was handcuffed and interrogated at the El Paso Border for nine hours. Myron asked that no messages be sent since his iPhone was confiscated.
Watch his interview on Facebook
.https://m.facebook.com/DigitalSmokeSignals/

Mohawk Nation News 'We Are Nature' 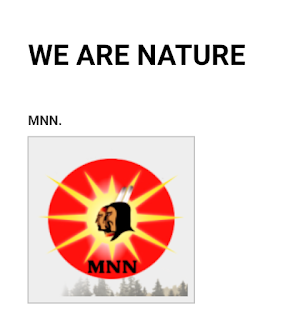 "Is this a normal way to respond to Indigenous people who are peacefully protecting their drinking water from fracking pipelines?"
by
Jessica Corbett, staff writer
Common Dreams
21 Comments

"This is Canada's response to unarmed Indigenous defenders asserting their own rights on their own territory."
—Mike Hudema, Greenpeace
"Camp members faced both uniformed RCMP and camouflage-wearing Emergency Response Team tactical unit officers through the barbed wire," according to the Toronto Star. "Police climbed a ladder over the top of the gate, circumventing a secondary blockade formed by the bodies of the camp members themselves. Then they began to arrest people."
The Mounties established a "temporary exclusion zone," and said in a statement that "there are both privacy and safety concerns in keeping the public and the media at the perimeter, which should be as small as possible and as brief as possible in the circumstances, based on security and safety needs." The statement noted that "during the arrests, the RCMP observed a number of fires being lit along the roadway by unknown persons, and large trees felled across the roadway."
Journalists and supporters of the land defenders posted updates from the scene to social media and called out Canadian Prime Minister Justin Trudeau for the clear contrast between his claims that he wants to build a legacy of "reconciliation" with First Nations and how his government has responded to objections from the Wet'suwet'en people over the pipeline.
As Common Dreams reported Monday, although TransCanada claims it has signed agreements with First Nations leaders along the pipeline routes, Wet'suwet'en hereditary chiefs were not consulted, and say that those who signed off on the pipeline, which is set to cut through traditional lands, were not authorized to do so under Indigenous laws.
© 2018 Common Dreams
at January 09, 2019 No comments: