US government is filled with thieves and liars, making Wikileaks a necessity 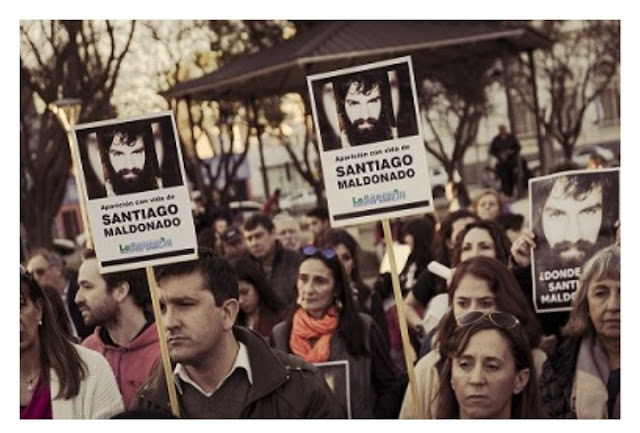 Hidden in the bowels of Hillary's cables

In honor of the work of Wikileaks, we are republishing our research on the espionage of Indigenous People, by Obama's Sec. of State Hillary Clinton, as revealed by Wikileaks. The illegal seizure of Julian Assange today is what Britain and the United States have always done.
Genocide, rape and torture are what they do best. 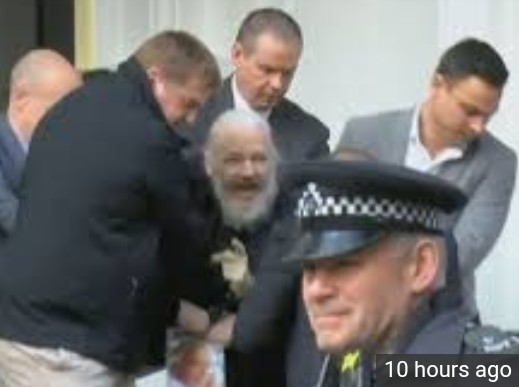 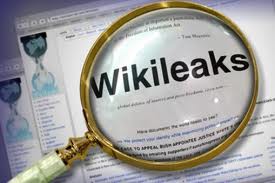 Read article and watch video at The Guardian
https://www.google.com/amp/s/amp.theguardian.com/uk-news/2019/apr/11/julian-assange-arrested-at-ecuadorian-embassy-wikileaks

Here is one reason it matters.
Wikileaks exposed global surveillance of Indigenous Peoples by former Sec of State Hillary Clinton. Indigenous Peoples from the Mapuche to the Mohawks were stalked, along with Presidents Evo Morales and Hugo Chavez. As Indigenous were being murdered in Peru by mining companies, the US was among five countries that  organized a coalition to push for more mining in Peru. Here's our report following 6 months of research in 2011, following the data release by Wikileaks. Without Wikileaks' work and the courage of the journalists and whistleblowers at Wikileaks, these facts of US espionage by Clinton and U.S. diplomats around the world would not have been known. -- Brenda Norrell, publisher Censored News

In the Censored News pick for the Best of the Best in 2011, Wikileaks claims first prize. Wikileaks exposed the US corporate schemes, espionage, promotion of mining and efforts globally to halt passage of the UN Declaration on the Rights of Indigenous Peoples.
Wikileaks revealed extensive espionage of Indigenous Peoples, including the Mapuche and Mohawks, and Venezuelan President Hugo Chavez and Bolivian President Evo Morales, who ushered in a new Indigenous global rights campaign.
The release of the US diplomatic cables of the US State Department confirmed that the US feared the power of Indigenous Peoples, specifically their claims to their traditional territories, a right stated in the UN Declaration on the Rights of Indigenous Peoples. Further, the Declaration states the right of free, prior and informed consent before development proceeds and protects intellectual and cultural property rights.
Here's the top six ways that the United States and Canada, as revealed by Wikileaks, worked against the rights of Indigenous Peoples, by engaging in espionage and the promotion of mining, while violating Indigenous autonomy, self determination and dignity.
1. The United States worked behind the scenes to fight the adoption of the Declaration on the Rights of Indigenous Peoples. In Ecuador, the US established a program to dissuade Ecuador from supporting the Declaration. In Iceland, the US Embassy said Iceland's support was an "impediment" to US/Iceland relations at the UN. In Canada, the US said the US and Canada agreed the Declaration was headed for a "train wreck."
2. The United States targeted and tracked Indigenous Peoples, community activists and leaders, especially in Chile, Peru and Ecuador. A cable reveals the US Embassy in Lima, Peru, identified Indigenous activists and tracked the involvement of Bolivian President Evo Morales, Venezuelan President Hugo Chavez, Bolivia Ambassador Pablo Solon, prominent Mapuche and Quechua activists and community leaders. President Chavez and President Morales were consistently watched, and their actions analyzed. Indigenous activists opposing the dirty Tar Sands were spied on, and other Indigenous activists in Vancouver, prior to the Olympics.
3. The United States was part of a coalition to promote mining and fight against Indigenous activists in Peru. A core group of diplomats from U.S., Canada, U.K., Australia, Switzerland and South Africa formed an alliance with mining companies to promote and protect mining interests globally. In other illegal corporate profiteering, Peru’s government secretly admitted that 70-90 percent of its mahogany exports were illegally felled, according to a US embassy cable revealed by Wikileaks. Lowe's and Home Depot sell the lumber.
4. Canada spied on Mohawks using illegal wiretaps. Before Wikileaks hit the headlines, it exposed in 2010 that Canada used unauthorized wiretaps on Mohawks.
Wikileaks: "During the preliminary inquiry to Shawn Brant's trial, it came out that the Ontario Provincial Police, headed by Commissioner Julian Fantino, had been using wiretaps on more than a dozen different Mohawks without a judge's authorization, an action almost unheard of recent history in Canada."
4. The United States and Canada tracked Mohawks. In one of the largest collections of cables released so far that targeted Native people and named names, the US Embassies in Montreal and Toronto detailed Mohawk activities at the border and in their communities.
5. The arrogant and insulting tone of the US Embassies and disrespect for Indigenous leaders is pervasive in US diplomatic cables. The US Embassy in Guatemala stated that President of Guatemala, Álvaro Colom, called Rigoberta Menchu a "fabrication" of an anthropologist and made other accusations. Menchu responded on a local radio station that Colom was a "liar."
6. The collection of DNA and other data, makes it clear that US Ambassadors are spies abroad. US Secretary of State Hillary Clinton states that the Intelligence Community relies on biographical information from US diplomats. In cables to Africa and Paraguay, Clinton asked US Embassy personnel to collect address books, e-mail passwords, fingerprints, iris scans and DNA.
“The intelligence community relies on State reporting officers for much of the biographical information collected worldwide," Clinton said in a cable on April 16, 2009. Clinton said the biographical data should be sent to the INR (Bureau of Intelligence and Research) for dissemination to the Intelligence Community.
Meanwhile, the US was part of a five country team that supported mining as Indigenous Peoples were dying to protect their homeland.
The arrogance of the US and its cheerleading for corporate copper mining in Peru is obvious in two cables just released from Wikileaks. The diplomatic cables reveal the US promoting multi-national corporations, while targeting Indigenous activists and their supporters.
The cables reveal that a core group of diplomats formed an alliance with mining companies to promote and protect mining interests globally. The diplomats were from the U.S., Canada, U.K., Australia, Switzerland and South Africa.
Read more at http://bsnorrell.blogspot.com/2011/02/wikileaks-peru-us-ambassador-targeted.html
The US spied on the Mohawks in Canada, as revealed in these diplomatic cables released by Wikileaks. Canadian border guards admitted that they feared the Mohawks:
http://censored-news.blogspot.com/2011/05/wikileaks-cables-on-mohawks.html
Wikileaks exposed the fact that not only were Indigenous Peoples spied on globally by the US State Department, but those who supported them were also spied on. Actor and activist Danny Glover was the focus of at least five US diplomatic cables.

Censored News is reader supported news, with no advertising, grants, salaries or revenues.
Thanks for supporting independent journalism.