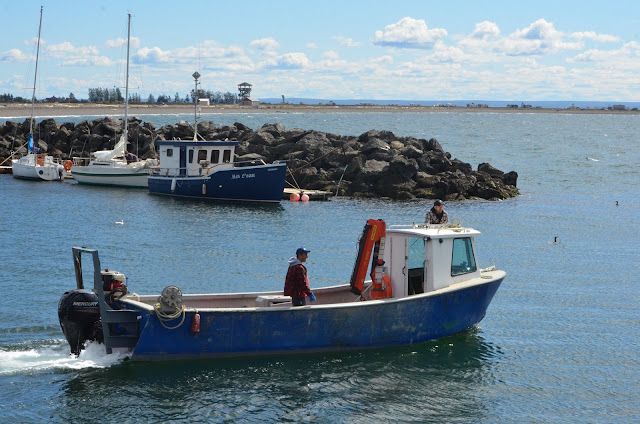 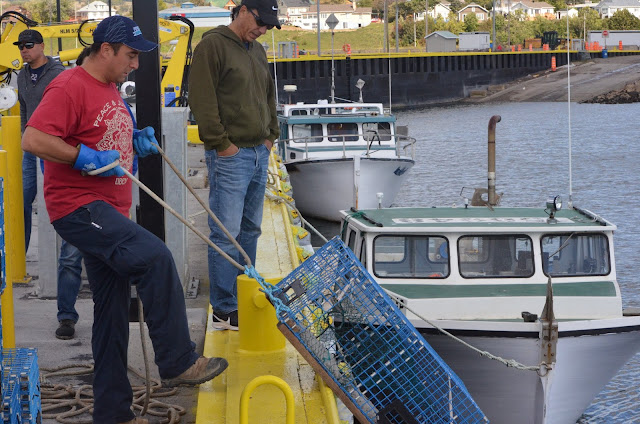 Listuguj Mi'gmaq Government
Censored News
On Sunday, September 20, the Listuguj Mi’gmaq Government (“LMG”) began its fall lobster fishery. The catch will be used to provide for the community’s needs, with most distributed to community members for food and the rest sold to finance fisheries operations and community initiatives to support economic recovery in the wake of COVID-19. Canada’s Department of Fisheries and Oceans (DFO), however, will issue a licence prohibiting the sale of lobster caught by the LMG this fall, restricting its use to food, social, and ceremonial purposes. This goes against the Supreme Court of Canada’s 1999 decision in Marshall, which confirmed that the Peace and Friendship Treaties of 1760-61 protect the right of Mi’gmaq communities to fish and sell fish in pursuit of a moderate livelihood.
“Canada tells us repeatedly that they acknowledge our treaty right to sell fish in pursuit of a moderate livelihood,” said Darcy Gray, Chief of the LMG. “But, as an institution, the DFO won’t change how it operatesto allow us to sell the lobster we catch every fall. Instead, they criminalize us for exercising our rights. That is systemic racism. It continues year after year.”
The LMG conducts its lobster fishery in the community’s traditional territory – referred to as Gespe’gewa’gi – in the Bay of Chaleur, off the southern coast of the Gaspé Peninsula. The DFO allows commercial lobster fishing in this area every spring. The DFO has also permitted the LMG to conduct a food fishery for lobster in this area every fall for the past 21 years, since the Marshall decision. This fall, despite a prohibition on sale in the licence the DFO will grant, the LMG will sell some of its catch.
“The Minister says that implementing the Marshall decision is a priority. Well, I requested a meeting with the Minister to discuss our lobster fishery in July and never received a reply,” said Chief Gray. “The Minister says that this issue is best addressed through negotiations. Well, we have been negotiating in good faith for years, but out on the water nothing has changed. The Minister says that a sound management framework is necessary for the conservation of fish stocks. We agree, and we have developed our own management framework that meets and exceeds the DFO’s requirements. Frankly, the Minister is running out of excuses, and we are running out of patience.”
The DFO manages the lobster fishery by restricting fishing effort, which refers to the number of days fishing is permitted and the number of traps that can be used.
“We have adopted a community law and fishing plan that will keep our fall fishing effort within the DFO guidelines,” said Alfred Metallic, the LMG’s Director of Natural Resources. “We have also imposed heightened conservation measures on ourselves beyond what the DFO has asked for – including dockside monitoring – to ensure we do not exceed the maximum allowable effort. We are taking every precaution to ensure that our fishery remains sustainable.”
Because the LMG will not be fishing more this fall than it has in previous years, the sale of a portion of the lobster landed this season will not impact the health of the lobster stocks or the availability of lobster for other resource users.
For the past several years, the LMG has been negotiating with the DFO, asking for a licence allowing it to sell some of the lobster it would otherwise catch in the fall for food. Although some aspects of these negotiations continue to be productive, the DFO has consistently refused to allow the sale of lobster caught in the fall. The LMG remains engaged in the negotiation process but sees no reason to accept the DFO’s repeated violations of its treaty right.
“It comes down to the rule of law,” said Chief Gray. “The DFO must uphold the law by respecting our treaty right and implementing the Marshall decision. The DFO is not entitled to ignore our rights while we negotiate a new agreement. We have an agreement. It’s in the Peace and Friendship Treaties. The DFO’s willingness to violate its legal obligations to Mi’gmaq people year after year is deeply troubling.”
The LMG emphasized that it would prefer to operate its fall fishery in cooperation with the DFO, but that will require the DFO to issue a fishing licence with conditions that respect its treaty right, community laws, and fishing plan.
The LMG said this year the importance of the fall fishery is increased with the unprecedented economic pressures caused by COVID-19.
“All we want to do is sell some of the lobster we would otherwise eat to offset operational costs and support our community,” said Sky Metallic, a councillor with the LMG. “We are not taking money out of anyone’s pocket, and we are not asking for a handout. We are exercising our treaty right to support ourselves and yet the DFO continues to try to block us.”
The LMG expressed its support for Mi’gmaq communities in Nova Scotia exercising their right to sell lobster under the Peace and Friendship Treaties and conducting fall fisheries governed by their own laws and fishing plans.
“It has been 260 years since our treaties were signed,” said Councillor Metallic. “It has been 21 years since the Marshall decision. We have waited long enough. If the DFO won’t provide a regulatory framework that allows us to exercise our rights, then we can do that for ourselves.”
Last year, the DFO also denied the LMG a licence permitting the sale of lobster caught in the fall. The LMG has sought a judicial review of that decision in Federal Court. That case is ongoing.
For further information: please contact Hilary Barnaby, Communications Manager, at 418-788-2136 or hilary.barnaby@listuguj.ca.
at September 24, 2020