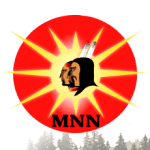 IT’S INDIGENOUS TRUTH TIME!
MNN. The timely Everett Report of 1922 confirms us as caretakers of turtle island. Our children and the unborn have all the rights. We can never convey or sell any of turtle island from ocean to ocean, pole to pole.  Read about the systemic injustice since 1492:


link to “The Everett Report 1922“
MNN. The NYS Everett Report of March 17, 1922, found that no attempt was ever made to control the Mohawks of Akwesasne. That’s because that section lying within NYS is separate and distinct from the United States and Canada. [p. 317]. So is all of Great Turtle Island.
Aliens have only those rights we gave them under the Great Law/Kaianerehkowa, which was temporary. Should they cause loss, wrong, suffering or endanger the peace, the War Chiefs reprimand and expel them. [Wampum 74]. They have no voice in council. [Wampum 76]. Canada, US, Mexico or any foreigners cannot interfere with us.
They arrived with nothing, then stole, created paper money backed by military force and tried to take everything from us.
Red Jacket, Corn Planter and other Iroquois told US President George Washington that they are fighting over everything that belongs to our children, all our lands, resources and waters, including all the beds of all the waters of Great Turtle Island. [p. 186-7]
Their politicians, judiciary and military know we never gave up anything. Canada, US, Ontario, Quebec and New York State promised to protect us from them.
International law provides that title to land cannot be taken away without the fully informed consent of the lawful owners. If it’s stolen and used for twenty or a million years, they never get title.
At Akwesasne, Canada Customs goons are grabbing our cars and demanding $1000. These hoods nab us as we come over the bridge, take us out to the back and beat us up. A fleet of armored tow trucks haul away our vehicles. Canada threatens unarmed people with heavily armed RCMP, OPP, Cornwall and Akwesasne police forces.
Some of these community members carry pinkish purple cards showing they are Camel Toe Treaty people. This cult says a treaty was signed in Central Park in New York City in 409 AD. Egyptian tombs were left behind. They purport that Indigenous were signatories that brought down the Roman Empire! None of this has any basis in the Great Law or in history. rotinoshonni:onwe have a birthright to freedom of movement on Great Turtle Island.
Before putting the military boots to us, the colonists sent in the camels to confuse, anger and scare us. We don’t want another 1990 Mohawk Oka Crisis style attack by 5,000 heavily armed soldiers. They obviously fear true facts, which can’t be blown up, shot at or destroyed.
Canada, give it up. Your imaginary line [border] doesn’t belong here.
We will never renounce our rotinshonni’on:we birthright. Three recent Federal Court of Canada rulings confirm our sovereignty. Because we live in akwesasne,  kahnawake, kanesatake, khenteke, oswego, kanienkeh, kanatsioharekeh and wahta or anywhere on turtle island, we are not residents of the corporations of Canada or the United States. Brutal attacks and human rights violations by settler colonial border thugs are not investigated.
These attacks show panic, weakness and impotence. Predatory banksters are trying to plunder the world with impunity.

Everybody in the world knows that two party deals for our land and possessions between foreigners are illegal.
READ THE EVERETT REPORT