Bioneers 'The Power of Matriarchy' 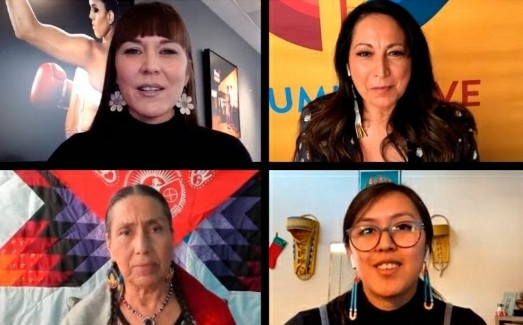 Women are leading the struggle for climate justice and ushering in a new approach to creating a sustainable future for our planet. Restoring balance in climate leadership produces equity that fundamentally transforms our relationship with culture, identity, humanity, and the Earth. Creating a livable world without pollution and systemic violence depends on our ability not only to dismantle but to nurture and restore relations with ourselves and each other.

This week, we share wisdom from brilliant women leaders as they discuss their visions for a more equitable climate movement. 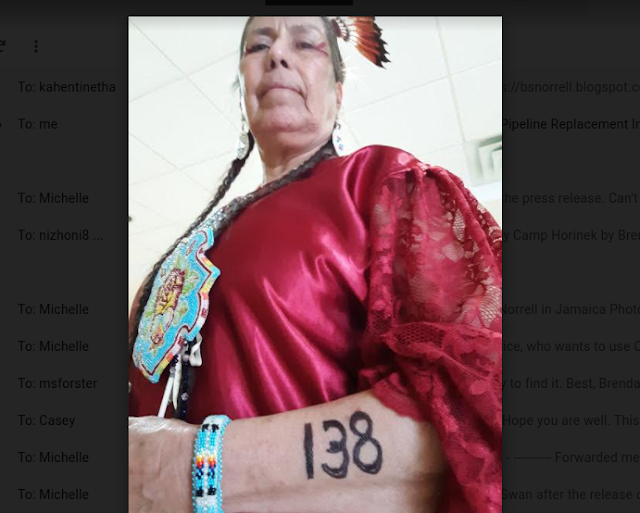 Photo: Casey Camp Horinek, Ponca, testifying in Jamaica before the Inter-American Commission on Human Rights. Photo by Brenda Norrell, Censored News. Casey said today, “I was among hundreds who were attacked by a militarized police force and pepper-sprayed, zip-tied, had numbers written on our arms, put in dog cages in the freezing basement of Morton County jail along with my son and other relatives."
WATER PROTECTOR LEGAL COLLECTIVE CHALLENGES ENERGY TRANSFER PARTNERS/DAKOTA ACCESS PIPELINE’S SLAPP SUBPOENA

BISMARCK, North Dakota - Five years after Standing Rock, the #NoDAPL struggle continues and the fight is not over for the Water Protector Legal Collective (WPLC).

WPLC is an Indigenous-led legal non-profit organization formed in the legal tent at Standing Rock. There, attorneys provided legal support and services to thousands of Water Protectors who had responded to the call from the Standing Rock Sioux Tribe, and were engaged in prayer, peaceful assembly, and protection of the water for future generations. WPLC provided free legal defense to more than 840 Water Protectors and successfully defeated the vast majority of charges.

Now, Energy Transfer Partners (ETP), the company behind the Dakota Access Pipeline (DAPL), has served WPLC with a SLAPP subpoena seeking access to confidential records and legal documents that are protected by the First Amendment and attorney-client privilege. WPLC has filed an objection to this subpoena in North Dakota District Court and will continue to fight it.