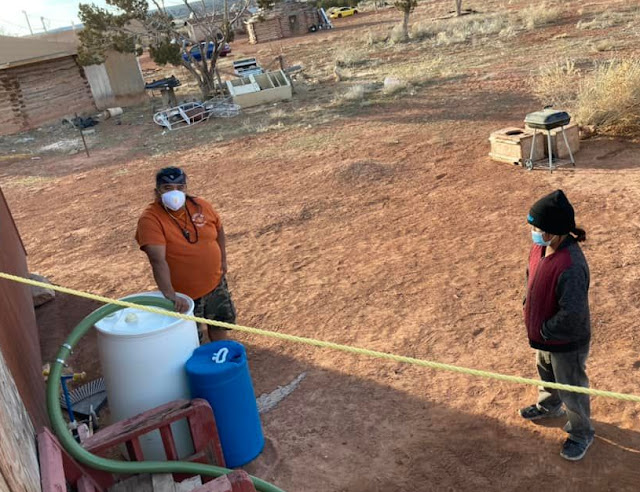 WINDOW ROCK, Arizona -- The Navajo Nation government has failed to distribute $2.1 billion in federal virus relief funds that it received eight months ago from the American Rescue Plan Act. While omicron is spreading rapidly on the Navajo Nation, Dine' sick and isolated remain desperate for water, food and firewood.

Three Navajos died yesterday from the virus. Now, 1,636 Navajos have died. The new variant is spreading rapidly through Navajoland and Indian country. The Navajo Department of Health said that 921 Omicron cases were confirmed on the Navajo Nation.