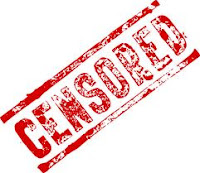 Native American women editors are countering the mainstream media and its politicized media frenzy over the targeted assassination of Osama Bin Laden and the shooting of unarmed women.

"This is reminiscent to the Roman Coliseum blood spectacles where people were forced to watch their men kill each other to get them used to how cheap their lives were.”

“There was major hoopla across this country surrounding the death of Osama bin Laden. America sure is proud to show her bloodthirsty colors. I was appalled to see people cheering in public at the death of a human being. In my opinion, it shows they are no better than those human beings who rejoice in foreign countries at the death of American people.”

“I fail to see the joy in the violent death of any human being, even if society has judged him as an evil killer,” Waln wrote.

The mainstream media was quick to publish the reactions of Native Americans to the racist misuse of the name of Geronimo in the US military’s assault on Bin Laden. This was safe and easy reporting for writers and editors which involved taking no risks.

The mainstream media has been reluctant to point out other crucial facts. This was a targeted assassination which included the shooting of unarmed women.

According to Wikileaks, the United States has known the whereabouts of Osama Bin Laden since at least 2005. When this fact became public by way of Wikileaks, the US quickly acted to carry out the assassination of Bin Laden and others present.

Following these assassinations of unarmed men and women, the mainstream media and others then began glorifying and promoting the US torture carried out at Guantanamo. This US torture violates the Geneva Conventions and the presidents and vice presidents of the United States are yet to be held accountable.

When did Osama Bin Laden stop working as a CIA operative? In the beginning, the US funded Bin Laden's operations and provided him with weapons. When did Bin Laden stop carrying out the missions of the United States?

Native American women writers have made it clear to the United States: The shooting of women, the carrying out of targeted assassinations and the glorification of torture are not the actions of a democracy. These are the actions of terrorists.

On the US/Mexico border, Uya, O'odham, responded to the sheep-like trance of Americans, induced by the media spin and cheerleading of the assassinations and the ongoing wars.

"Indigenous peoples, remember that Bin Laden stood up against the United States Corporate machine to defend his ancestral homelands and way of life. He is a traditional person much like our ancestors that took up arms to defend our people and homelands.

"Did they find weapons of mass destruction? No. Did the United States start an oil war? Yes. Americanized indigenous don't believe the United States propaganda. Does America feel secure now, then remove the militarized Border wall and armed United States forces from off my homelands.

CounterPunch: US knew where Bin Laden was since 2005:
http://www.counterpunch.org/shamir05042011.html

http://narcosphere.narconews.com/notebook/brenda-norrell/2011/05/native-american-women-slice-hoopla-over-bin-laden-assassination
at May 10, 2011 No comments: 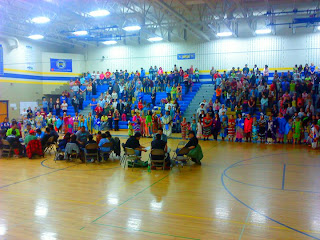 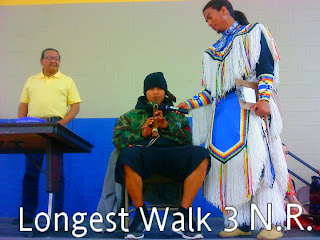 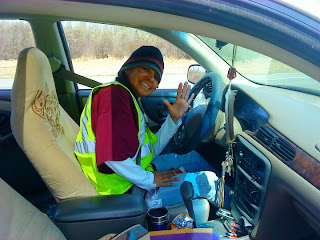 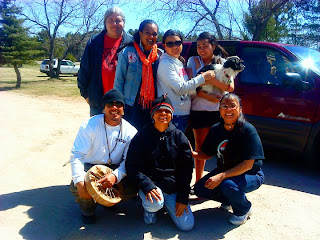 LONG WALK 3 NORTHERN ROUTE REVERSING DIABETES: Thanks to T-Hawk, Tongan Mohawk Man, for allowing Censored News to publish his photos from Leech Lake, Minn and the Deer River High School Powwow! Our friends from the Longest Walk 2 are shown here in photo 4, Michael Lane and Sharon Heta, Maori, and their daughters, along with Lisa Peake, Ojibwe/Pomo (front center) from Long Walk 2. Craig Luther, Navajo from Sanders, Ariz., also from the Long Walk 2, is in photo two on the right. That's Lisa Peak in photo three. Thanks to all the walkers!
at May 10, 2011 No comments:

Vi Waln: Indian people survived terrorism for centuries in the US

Vi Waln: "If you believe that America 'honors' us by using the names of our tribes or famous leaders you might be suffering from the effects of colonized thinking."

By Vi Waln, Sicangu Lakota, Rosebud
Editor, Lakota Country Times
"The Lakota and other tribal people experienced countless terrorist attacks after the arrival of Columbus. Were these attacks on our people not committed on 'American' soil? This is a fact many people conveniently forget. Indian people have been terrorized for centuries right here on 'American' soil. I fail to see the joy in the violent death of any human being, even if society has judged him as an evil killer."
Read article:
http://64.38.12.138/News/2011/001467.asp
Vi Waln is Sicangu Lakota and an enrolled member of the Rosebud Sioux Tribe. Her columns were awarded first place in the South Dakota Newspaper Association 2010 contest. She is Editor of the Lakota Country Times and can be reached through email at vi@lakotacountrytimes.com
at May 10, 2011 No comments: