Google honors Oneida Comedian Charlie Hill today, July 6, on its homepage, on what would have been Charlie's 71st birthday. We share the good words of Charlie's daughter, Nasbah Hill, and Charlie's words from the AIM West Reunion in San Francisco.

Charlie's daughter Nasbah Hill said, "In honor of my father’s birthday today, my siblings, mom and I collaborated with Google to create a Google Doodle to celebrate his 71st birthday. Thank you to the Google team for recognizing that our dad, Charlie Hill is a historical figure and wanting to honor his legacy. Love you and miss you dad!"

Nasbah said, "A Little about the artwork. Every detail in the Google Doodle artwork is symbolic. The sun and the colors of background represent the sunsets at the beach. Our dad loved watching sunsets at Venice beach with us. He also enjoyed the serenity that walking through the woods provided. He loved reading and one of his favorite places to spend time were in bookstores."

"The plant is actually a sage plant because he loved the smell of California sage. After our dad passed, whenever we saw eagles, we knew it was him visiting us. Although our dad never wore beaded medallions, it was important to incorporate an image of the turtle because he was Turtle Clan from the Oneida Nation of WI. The mic and harmonica relate to his comedy performances. The artist, Alanah Astehtsi Otsistohkwa Jewell is from the Oneida Nation of Thames," Nasbah said. 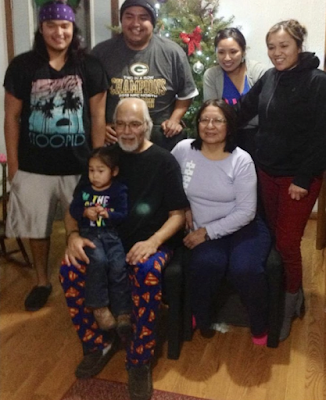 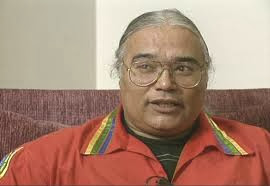 SAN FRANCISCO -- Oneida Comedian Charlie Hill appeared on stage with Keith Secola during the American Indian Movement’s 40 Year Reunion in November of 2008.
Charlie Hill’s memories span the great events and great heroes of the American Indian Movement. Hill said AIM brought the pride and fire that is here today.
“They raised hell and stood up when no one else did.”
Hill said AIM brought to the forefront the realities of treaty rights and sovereignty, and galvanized the hearts, adding that American Indians hold the answers.
“We have the owner’s manual."
“We’re the ones who can fix this country."
HIll said there needs to be more women in the forefront of the movement at the gatherings.
“The strength of the community is women.”
Hill also remembered Russell Means.
“I loved him because everyone was afraid of him.”
Hill said the truth was Russell had a great sense of humor.


Russell told him, “Anytime you insult me, I feel honored.”
Among those he remembered were Floyd Westerman, Bill Wahpepah and Vernon Bellecourt.
HIll said he loves coming to San Francisco because of the consciousness raised here.
Hill urged everyone in the movement to unite. While earlier times called for armed struggle, he said now is the time for spirituality.
“It is stronger than anything that the US can throw at us.”
Hill said Native people survived all the attempts to christianize and sanitize the people.
The music of the movement was that of Floyd Westerman and Buffy Sainte Marie.
Hill said they should be honored.
“They opened the door.”
Keith Secola, present to celebrate the reunion, sang, "Fry Bread," at the gathering hosted by AIM West. 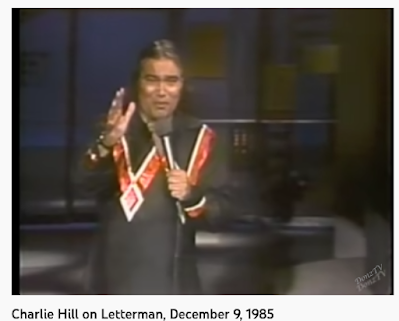 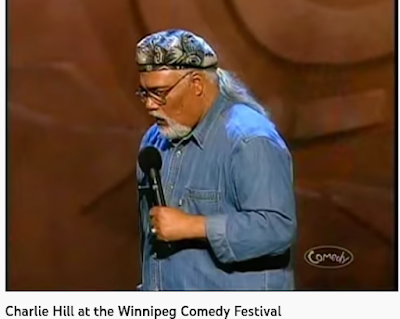 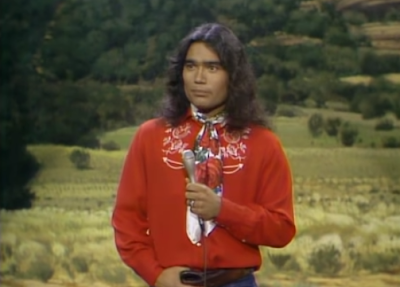 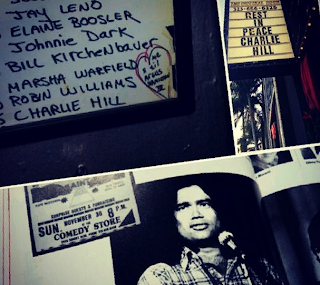 Charlie Hill, 62, passed away early on Monday morning, December 30, 2013, in Oneida, Wisconsin. His death followed a valiant, yearlong, battle against lymphoma cancer. He fought the disease with all the courage, irreverence, and humor that shaped his life and his comedic career. He was born on July 6, 1951, to Norbert S. and Eileen (Johnston) Hill in Detroit, MI and moved to his family’s homestead on the Oneida Reservation in 1962. Charlie Hill was a member of the Oneida Tribe of Wisconsin and belonged to the Turtle Clan.
Charlie was a graduate of West De Pere High School, class of 1969. He attended the University of WI-Madison where he majored in speech and drama and was a member of the experimental Broom Street Theater Group.
Later, he toured Europe as a member of the La MaMa Experimental Theater Group which was based in New York City. He left college and moved to Hollywood, to pursue his dream as a stand-up comedian. He lived in Los Angeles for the next 40 years, where he forged a successful career as an actor, writer and stand-up comedian. He was the first American Indian comedian in history and joined humor with political activism and social commentary, breaking down many stereotypes about Native Americans. His humor was universal and transcended the narrow restrictions of race, culture, or class. He succeeded in making people laugh with him, not at him. His groundbreaking talent and determination opened the door for generations of Native performers.
Early in his career, he performed at The Comedy Story in LA where he met comedians Richard Pryor, Jay Leno, Roseanne Barr, and David Letterman. He stepped into the national spotlight by appearing on “The Richard Pryor Show” in 1977. He became the first American Indian comedian to appear on both “The Tonight Show” with Johnny Carson and on “The Merv Griffin Show.” He later became a writer for the hit “Roseanne” TV series. He made six appearances on the “Tonight Show with Jay Leno,” and made appearances on “David Letterman’s Late Show” and the Arsenio Hall TV show. He wrote and performed on the Club Red Radio Show. He co-produced and was featured in the Showtime Special, “The Indian Comedy Slam, No Reservations Needed” in Nov. 2009. Charlie starred in the documentary, “On and Off the Res’ with Charlie Hill,” which was nominated for an Emmy in 2012, and was broadcast on PBS. He made countless appearances on college campuses across the nation. His acting credits include several TV series: “The Bionic Woman,” “Moesha,” and “Roseanne.” Charlie received the 2009 Ivy Bethune Tri-Union Diversity Award from the Screen Actors Guild, and “The Jennifer Easton’s Spirit Award” in 2012. In 2008, he was awarded an honorary doctorate by Sinte Gleska University, a 4-year tribal college in Mission, South Dakota.
Charlie is survived by his wife of 33 years, Lenora Hatathlie, Coalmine Mesa, Arizona, and their four children, Dine’ Nizhoni, Coalmine Mesa, Arizona, Nasbah, and her fiancé, Jamison King, Oneida, Wisconsin, Nanabah, Los Angeles, Calif., Nabahe, Oneida, Wisconsin, and one granddaughter, Tasbah, 3, Los Angeles, Calif. He is also survived by two brothers, Norbert (Mary Anne) and Richard (Donsia), Oneida, WI, and two sisters, Rosa Coenen (Rick), De Pere, WI, and Barbara Author, Longmont, CO, father-in-law, Jack Hatathlie, as well as many nephews, nieces, cousins and friends. He was preceded in death by his parents, Norbert and Eileen, his brother, Jimmy, and his mother-in-law, Bessie Hatathlie.
A funeral ceremony will be held on Friday, January 3, 2014, at 10:00 am CST at Ryan Funeral Home, 305 North Tenth St., De Pere, Wisconsin. There will be no public showing prior to the ceremony.
In lieu of floral arrangements, a Memorial Fund has been established. Donations can be made to the Charlie Hill Fund, 532 Airport Road, Oneida, WI 54155. Please go to www.ryanfh.com to send online condolences to the family.
The family is deeply grateful for the outpouring of love, prayers, and support from countless individuals, family and friends, the staff of the Oneida Health Center, Heartland Hospice, St. Mary’s Hospital, the Anna John Nursing Home, and Dr. Jerry M. Winkler of Green Bay Oncology. -----------------------------------------------------------

Please share this link, located in your browser:
http://bsnorrell.blogspot.com/2014/01/remembering-charlie-hill-aim-west-2009.html

one never knows why you end up in a rabbit hole like this. after clicking on the google doodle, spent a lot of the day surfing the internet. Charlie Hill - what an amazing person and a beautiful obituary from 2013. His legacy may not reach the accolades it deserves, but for this one person his life has definitely impacted me. sometimes these internet delves change us.