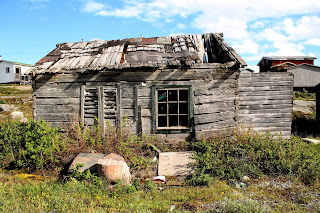 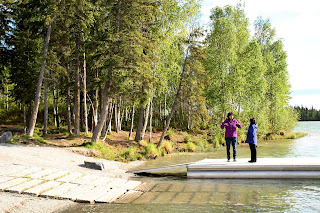 My intention to attend the workshop conference was to find a Canadian Dene speaker who knew her language fluently and culture for an experimental documentary I want to make about the value of the Dene language in North America. That happened. I met Gina a Dene woman, Tsetta First Nation from Yellowknife. But when a person looks for such a contact it may not happen. At the same time I wanted to know more about the Dene language. I expressed to Jenny where I stayed at in Yellowknife, I was glad I came to the conference. I learned a lot. I never traveled as far north in Canada or anywhere else in the world as Yellowknife. All was new. I had viewed pictures and stories of Canada’s far north from TV news and ads, but I prefer to view with my own eyes and experience in person the country and people myself. 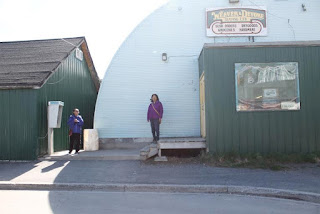 Northwest Territories is located between Nunavut to the east and Yukon to the west in Canada. Yellowknife is the capital of Northwest Territories located on the north side of Great Slave Lake. The Province is located north of Alberta and Saskatchewan.
If a person travels more north the land ends at Beaufort Sea and the Arctic Ocean. Many islands are spread through out north of Canada. From the airline window, I viewed many many lakes all across the land for miles and miles. Trees were not tall as in B.C. No darkness. The light stopped at sunset and remained at sunset level, low lit all night as I slept. I wanted to videotape the aurora borealis, but to view it a person needs darkness. I could not video tape it. I was told the light changes back to darkness in mid-August. I never experienced light conditions as that where darkness never fell. I wondered do people stay up all night.

Yellowknife town looked composed about half or more than half of Indigenous people and half white and other people of color. Lots of Indigenous people. Reminded me of Holbrook, Arizona where a lot of Indigenous people reside from the Navajo and Hopi Reservations.
I met people on the streets just walking. They were curious and very friendly to me. Sometimes I was asked questions about where something was located at a store, as if the Dene person assumed I lived there. Inclusion. The people from that area physically looked like Dine’ from Arizona, New Mexico and Utah, Navajo Rez. They had high cheekbones and dark skin like mine.
Highlights of the Dene Language Conference were: John Janvier, Cold Lake First Nation and Sally Rice. John Janvier presented the separation story and told the story in his own language. As he narrated the story, he showed his paintings of the separation story. Sally Rice, University of Alberta, managed an archaeological site in U.S. The site found moccasins from Northern Dene.
The second highlight: Loren Me’-lash-ne Bommelyn of Tolowa Dee-ni’ Nation located in Northern California, Smith River described his Dene people and how they regained their language from extinction. I always heard about the Dene from California, but it seemed as if they did not really exist. Their status to learn the language was far more perilous than Dine’ in Arizona. He knew his language and history very well and described it fast since the conference time was short. 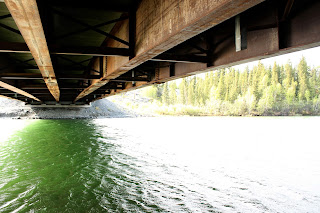 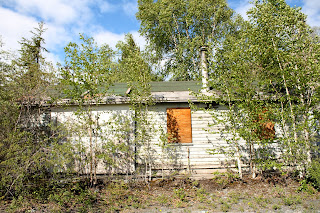 When I heard the Dene people speak their language, some Dene language literally had the same nasal, high and low tones and throat sounds that the Dene language from Dine’ in Arizona, New Mexico and Utah have.
Gina, the Dene woman I met, said she visited the Navajo Reservation. She said she could see her people physically in the Dine’ faces. Some words in the Dene language were similar.
A man said, Inuit and Dene people use to have gatherings with each other long ago but not anymore. I thought to myself I wish they continued to have gatherings.
I noticed the tourist ads in Yellowknife about Dene people featured teepees. I asked my new Dene friend, if this was borrowed from the Plains culture. She said yes. I am aware that Indigenous people borrow cultural items from each other because they live close to each other. 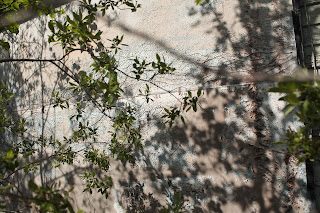 Next year’s Dene language conference will be held in Arizona and will focus upon the Apache. This Indigenous people and area was very different than Vancouver BC. I liked the difference.

Arlene Bowman, Dine' (Navajo), was born in Fort Defiance, Arizona, on the Navajo Nation, and now lives in Vancouver BC. She grew up in Phoenix and received her MFA from the University of California Los Angeles. Bowman's film Navajo Talking Picture, filmed at her grandmother's hogan in Greasewood on the Navajo Nation, has shown in film festivals around the world. Her feature film Song Journey was broadcast on PBS. The Graffiti screened at the Cannes Film Festival. Her photographs have been featured in exhibits in BC and her travels have included a journey through South America and a recent trip to Brazil.

Happy to share with our readers this report and photos from my longtime friend. -- Brenda Norrell, publisher, Censored News 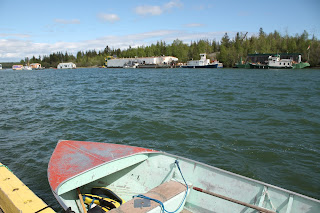