THE UNSUNG HERO OF THE NORTH AMERICA NAKBA TOUR 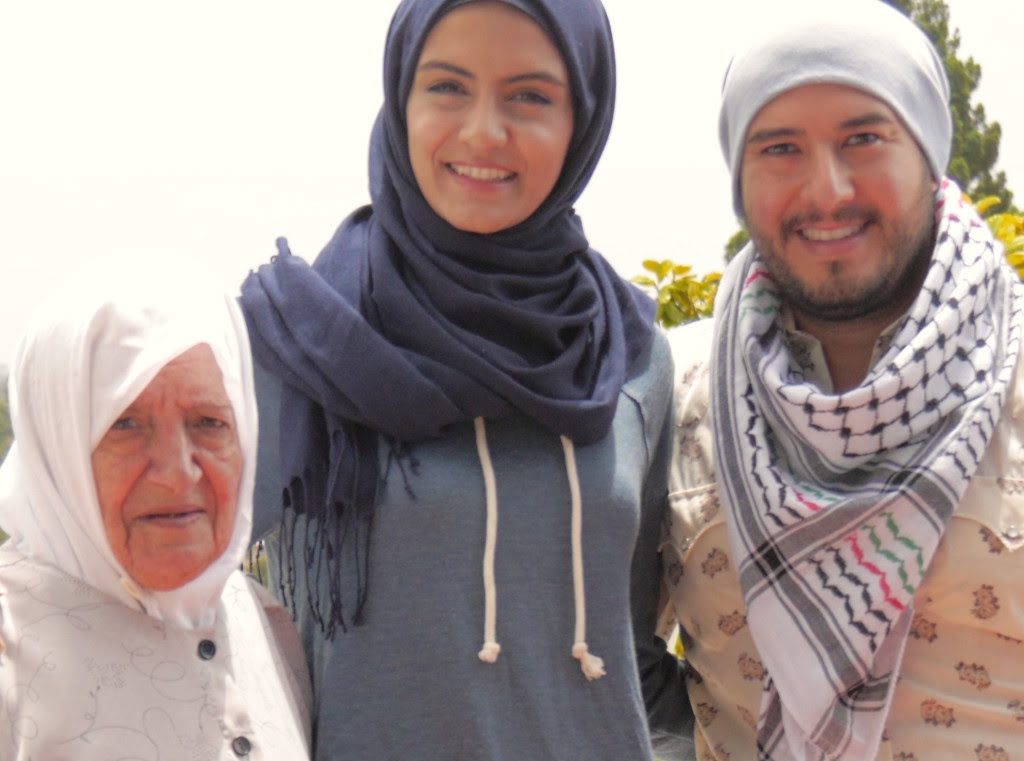 Amena and Mariam are the stars of the North America Nakba Tour, and we are very fortunate to have such articulate, courageous and utterly charming spokespersons.  But when Samir Salem offered to drive and film the entire tour, we had no idea that he would become one of our most valuable partners.  It is not an exaggeration to say that he has been as responsible for the success of the project as any of us.
Apart from driving more than 10,000 miles in two months, Samir quickly became an on-site coordinator and problem solver for the tour.  In spite of the floods in Texas, he got the women to their next destination in Jackson, Mississippi on time.  When the Canadian visa was not issued in time, he brought the women to his family home in Chicago.  When the schedule permitted an extra day (on top of two scheduled travel days), he took the women to Yellowstone Park for an unforgettable experience.

His judgment has been impeccable and he has taken charge when necessary, which has been much of the time. He has advised the women on their presentation, been a counsellor to them, and taken care of their needs, with the help of many of the local coordinators.  He has been extremely resourceful in finding places to stay and meeting the many other needs of the tour.  On at least one occasion he participated in the event itself.
We didn't know Samir at all before the tour.  We wondered about his politics and what kind of person we were giving so much responsibility.  He may have wondered the same about us. We needn't have done so.  He is of Palestinian and Colombian extraction and his family is part of the large Palestinian community in the Chicago area.  He is the equal of us all and a major asset.
The tour has now completed its continental circuit, and the three travelers are back again staying with their host in Berkeley.  They have one more event today and another tomorrow, and one more full day to themselves before returning to Beirut on Sunday.  They're missing their families and their families are missing them, so they're anxious to be back.
They're also anxious for a rest.  Despite our efforts to make the tour as comfortable as possible, it has been tiring.  They will probably sleep for a week when they get back home, if given the chance.  More later.

To unsubscribe from this list send a blank email to fpm.news-unsubscribe@lists.riseup.net.