A Nation of Bullies

The United States has once again rubber stamped an environmental impact assessment, finding that the U.S. Israeli spy towers will have "no significant impact" on the traditional way of life of Tohono O'odham, its culture or endangered wildlife in the fragile ecosystem of the Sonoran Desert.
The United States has rejected and refuses to honor the opposition stated by Tohono O’odham’s Gu Vo District. The opposition to the towers by Gu Vo District was also ignored by the elected tribal legislature of the Tohono O'odham Nation, which has long been compromised by the tribal government's parasitic relationship with the United States government.
The ruling ignores and condemns the endangered Sonoran Pronghorn and Sonoran Jaguar here, and all endangered species in the fragile ecosystem of the Sonoran Desert and O'odham homelands.
The Gu-Vo District opposed this proposal from the beginning, and the United States ruled it could care less.
Gu-Vo, in the western most district of the Tohono O'odham Nation, told the U.S., prior to the assessment, "The Gu-Vo District opposes these proposed tower sites to protect cultural sites on the holy mountain now called the Ajo Mountain Range. The mountain holds human remains of our people and also places of our cultural practices (medicine bundles) home and home of the ceremonial deer and bighorn sheep and mountain tortoises that are protected under the Endangered Species Act."
"The United States government military forces, the border patrol, have not been forthcoming with impact information, such as health effects and have deliberately misinformed the people regarding the immediate environmental impacts such as the roads they will build on the mountain and installation of electrical power lines to the sites as well as that these proposed tower sites will have a 25-year or longer impact on the mountain, the animal and plant life and the O'odham lives."
"The Gu-Vo District communities landscape have already been greatly impacted by numerous unauthorized roads and destruction of our mountains and hills of great significance to the O'odham way of life. Our future generations will face more restriction to live on our original lands as our rights as original Indigenous peoples continue to deteriorate."
"These U.S. proposed towers also are not on the border but in our communities and on the border of the Tohono O'odham Nation reiterating discrimination and deliberate attack on the O'odham," said Gu-Vo District. 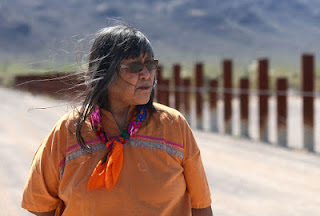 Ofelia Rivas, O'odham living on the border and founder of O'odham VOICE Against the Wall, describes the him'dag, way of life here. "The O’odham way of life is based on the land that has held the remains of our ancestors since the creation of this world. The O’odham did not migrate from anywhere according to our oral history. Our creation tellings record our history and teach the O’odham principles of life. The survival of O’odham today is based in our him’dag."

Although opposition to the spy towers has poured in since the first billion dollar spy towers by Boeing, which didn't work, the opposition was ignored by Homeland Security during the Obama Administration. The contractor selected during the Obama Administration was Israel's Elbit Systems, responsible for Apartheid security in Palestine.
In the opposing comments in the assessment, Joshua Garcia, in Tohono O'odham's Chukut Kuk District, said the towers will violate his family's farmland and is near the family cemetery.
"Toro's Ranch is the location of a saguaro fruit harvesting camp," Garcia said, pointing out that the location of tower sites are on his family's farmland and near his family cemetery.
"The impact statement makes no reference to these concerns."A Nation of BulliesIn opposing comments in the assessment, Dee Downing wrote of the need to respect O'odham in Gu-Vo District, and the need to protect sacred lands.
"What exactly are we protecting/defending is we become a nation of bullies when interests serve a powerful few."
"If that is our new way, then what is there of value to protect."
Dan Todd, opposing the towers, said that the burial places, ceremonial places and ancient village sites must be protected and preserved. Todd reminded the United States that both the authority and voice of Gu-Vo District must be honored and adhered to.
Timothy Wickland and Randy Williams said Gu-Vo District's opposition of these towers must be respected for O'odham to carry on for future generations.
The finding of no significant impact by U.S. Homeland Security, Customs and Border Protection, is in violation of the U.N. Declaration on the Rights of Indigenous Peoples, which the United States signed, and ensures "free, prior and informed consent" before entering Indigenous lands for construction and development. This fact was pointed out by opponents in their comments.
Jaguar, secretive, depends on its critical habitatA public educator in Colorado, Kendra Layton, who has spent time in the borderlands, said these towers will disrupt the ecosystem and movement, territories and reproduction of desert wildlife.
The United States, in its findings, refused to protect and defend these endangered species on Tohono O'odham land -- jaguar, Sonoran pronghorn, lesser long nosed bat, and yellow billed cuckoo.
Further, as opponents point out in the comments, the damage done by electromagnetic waves to humans and wildlife needs further research before endangering lives on Tohono O'odham land.
In opposing comments in the assessment, Peter Ragan points out that the microwave emissions could affect the bees and bats in the region, and pollinators of the cacti. More research is needed before these potentially harmful emissions are deployed in the fragile ecosystem of the Sonoran Desert.
The natural pollinators are vital for the Saguaro cactus to survive. Along with being part of the natural landscape of the Sonoran Desert, the Saguaro are part of the traditional and cultural lifeways of O'odham, including the harvesting of fruit.

. The United States will not only construct spy towers on sovereign Tohono O'odham land, but the construction will damage the land with 14 new roads and road construction.
The U.S. said the project “includes new sensor towers, collocating equipment on two existing communication towers and within two command and control facilities in U.S. Border Patrol Tucson Sector.  The Proposed Action also includes the construction of 14 new access roads (up to 0.24 miles total) and improvement of approach roads (up to 70.90 miles total) on the Tohono O’odham Nation, as well as maintenance and repair of these roads.”
In the ultimate show of arrogance and disregard for O'odham and the fragile ecosystem, the United States says in the environmental impact statement:“
Based on the Final EA, a determination was made that the proposed action will not significantly affect the human environment and that further analysis is not required.  Therefore, a FONSI was issued, and an Environmental Impact Statement is not required.”
Copyright Brenda Norrell, Censored News
. 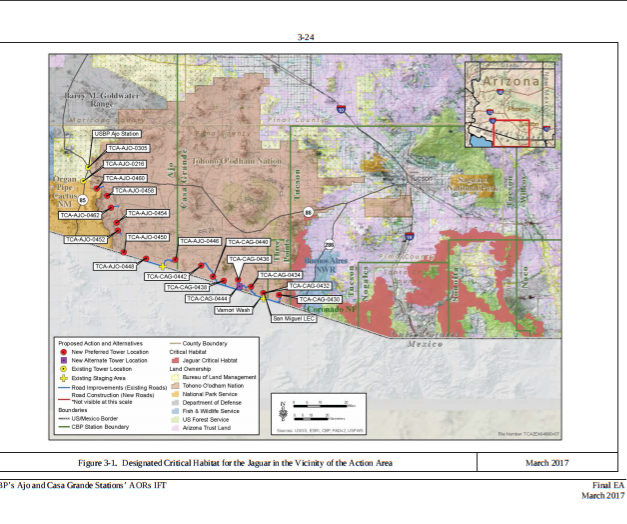 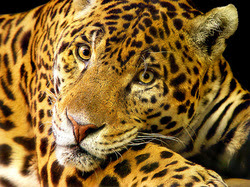