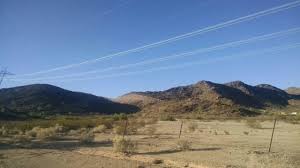 After years of opposition from the Gila River Indian Community (GRIC), both on the community and tribal government levels. The first lawsuit against the Arizona Department of Trasportation and the Federal Highway Administration by GRIC and Protecting Arizona’s resource and children(PARC) was conjoined by the district court judge Diane Humetewa. She is Praised for being the native American federal court judge. Yet she allowed construction to happen during the court proceedings, dismissing injunctions to halt construction until the case was over. In the end she ruled in favor of ADOT to continue construction of the freeway in the summer of 2016.

GRIC and PARC filed to appeal the ruling which lead to the 9th circuit court, the 3-judge panel rejected all arguments from PARC and GRIC. The court also barely addressed the arguments of Moadag(South Mountain) being a sacred place. This issue was brought to attention not only by GRIC but also in an amicus curia brief from the Inter-tribal council of Arizona which is comprised of 21 tribes, all saying the south mountain is a sacred place. On December 8th, the 9th circuit court of appeals ruled in favor of the Arizona Department of Transportation and the Federal Highway Administration allowing the ongoing construction of the South Mountain Loop 202 freeway. In a press release from GRIC they say they are considering further court review options.
In a recent meeting in GRIC, there was a presentation on Traditional Cultural Property (TCP) Enhancement and Evaluation for the freeway. There were four specific sites identified within ADOT’s right of way area that were considered TCP. These places are very sacred places for the O’odham and Piipassh.  Even though these sites do not lay in the blasting area, they are in close proximity and the vibrations from the blasts will affect them, the presenter said, “the results could be catastrophic.” While those are just few places they are other ancient trails and petroglyph sites that do lay in the blasting area. ADOT’s mitigation is to remove any rock art and place them somewhere else nearby.


“anti-freeway fight appears dead” was the title of an article that came from Ahwatukee Foothills News on December 9th. It’s easy to look at this as a dead issue, being a settler, you can leave and find somewhere else to live. For us as O’odham this is our home, these places we call sacred are extensions of our identity, from mountains, water, and the land itself. Our very existence means the fight isn’t dead, it is not over until every O’odham is gone.
Posted by Censored News, publisher Brenda Norrell at December 11, 2017