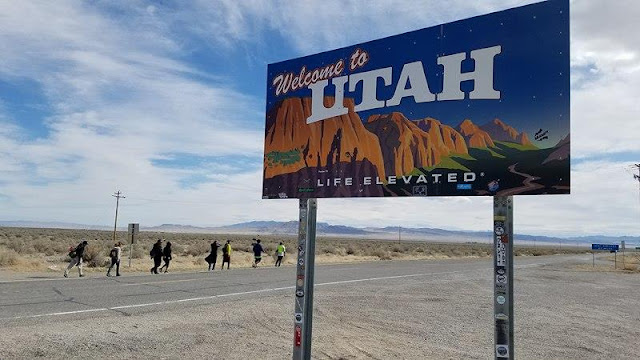 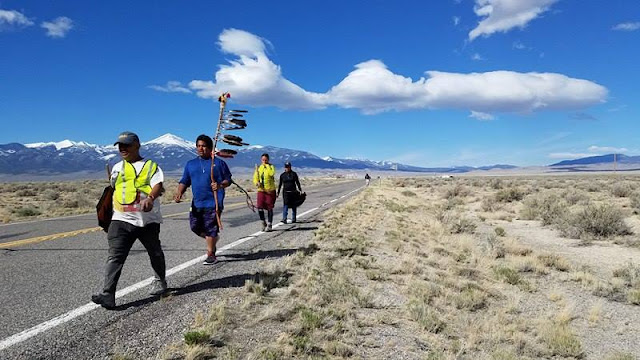 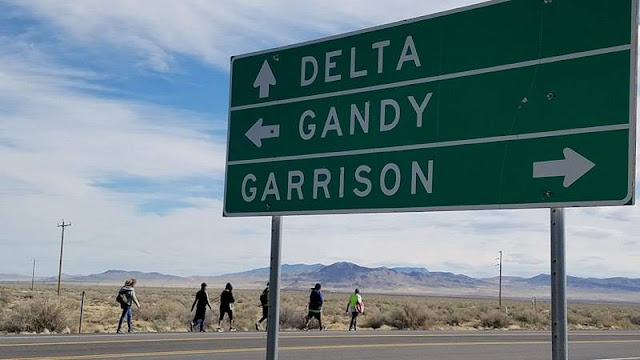 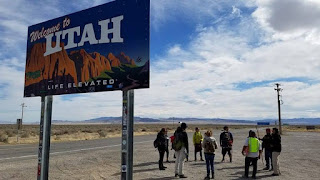 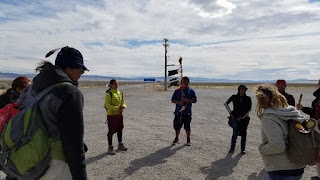 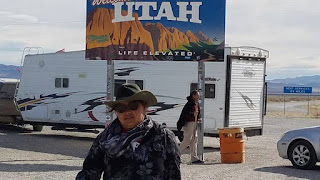 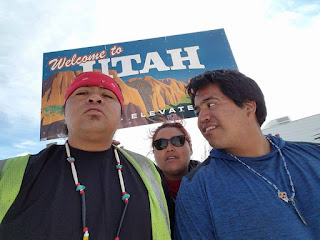 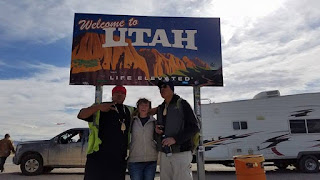 The Longest Walk 5 is now at the Utah border. Thank you to Carl 'Bad Bear' Sampson, Western Shoshone, who is walking across this land one more time. Bad Bear shared his photos with Censored News from the Longest Walk 2, 3 and 4. 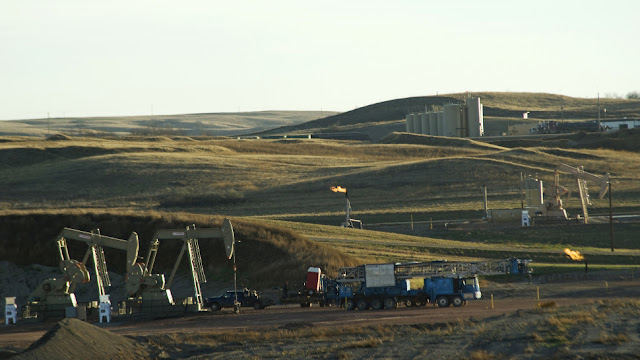 Article by Brenda Norrell
Testimony by Lisa DeVille
Three Affiliated Tribes, Mandan, Hidatsa and Arikara Nation
Censored News
FORT BERTHOLD, North Dakota -- Lisa DeVille, Mandan, Hidatsa and Arikara Nation, described to the United Nations Rapporteur for Indigenous Peoples Victoria Tauli-Corpuz how the oil and gas industry has devastated the way of her life for her people forever.
DeVille's written testimony to the U.N. details the disastrous outcome of the widespread destruction, most of it initiated by former Chairman Tex Hall, once popular in Indian country. Hall seized his recognition and created widespread oil and gas drilling on his homeland, and widespread devastation for his people. The oil and gas industry Hall created barren, polluted lands and crime-infested man camps endangering women, children and youths.
Tragically, Hall's oil and gas ventures for his personal profit ended in the murders of two his business partners, carried out as murders for hire by a third business partner, James Henrickson, now in prison. Spokane businessman Doug Carlile was murdered in his home, and young KC Clarke was bludgeoned to death in North Dakota.
The tragedy does not end there.
DeVille told the United Nations, "Oil and Gas development has changed our way of life and put our future generations in jeopardy. We have lost our way as Native Americans and replaced our culture with material things. Our instructions were to protect Mother Earth.  We are killing Mother Earth with every toxic oil and gas spill and every hole drilled into her."
"The Bureau of Indian Affairs has been ineffective in protecting tribal land and mineral owners. The confusion of jurisdiction between authority of siting infrastructure between tribe and the BIA’s impede on tribal sovereignty, leaving members of the tribe out of the decision-making process."
Read Lisa DeVille's three statements to the U.N:
February 28, 2017
Ms. Victoria Tauli-Corpuz

Dear Ms. Victoria Tauli-Corpuz:
My name is Lisa DeVille.  I am enrolled member of the Three Affiliated Tribes (MHA Nation).  I am going to read an article I wrote when the Modern Day Warriors were being attacked on facebook and by the pipeline babies and their families when they rallied against Sacacagewea Pipeline and other pipelines.

Because of the water protectors who stood on the frontlines and were shot with rubber bullets, tear gas and water cannons in freezing weather, who locked down and went to jail and were abused in jail, the movement is now a rallying point for the world.
Divestment in the banks funding the Dakota Access Pipeline is one of the victories of the water protectors who camped at Standing Rock.

An Indigenous Women's Delegation to Norway was announced today, carrying the voices of the water protectors at Standing Rock to Europe, and urging divestment in Dakota Access Pipeline.

In Oklahoma, a new camp is rising on Choctaw land. In Iowa, water protectors have created the Little Creek Camp. In Florida, water protectors are battling the Sabal Trail pipeline. New water protector camps are rising as the KXL pipeline from the dirty oil tarsands in Alberta, Canada, again threatens the Ogallala Aquifer and heartland.
.
The movement is intensifying as farmers, ranchers and small families are now having their lands seized by eminent domain for private pipelines -- as President Trump pushes the agenda of big oil over people and their land rights.
Indigenous Sami Lead Way for Divestment


"In an act of international solidarity between indigenous peoples, the Sami parliament in Norway has persuaded the country’s second largest pension fund to withdraw its money from companies linked to a controversial oil project backed by Donald Trump," The Guardian in London reports.After lobbying by the Sami parliament, Norway’s local authority pension fund KLP announced it would sell of shares worth $58m in companies building the pipeline.

Seattle, Davis and Santa Monica withdrawing billions from Wells FargoBloomberg reports Wells Fargo and Company shareholders will vote next month on whether to require the bank to adopt policies to help protect indigenous groups after protesters targeted its role in financing the Dakota Access pipeline. On Feb. 7, Seattle severed its relationship with Wells Fargo, leading the way for other cities.The Nation reports, "Now, inspired by the Seattle model, campaigners in cities like San Francisco, Los Angeles, New York, Bellingham, Raleigh, Albuquerque, and even Berlin, are bringing DAPL divestment to their communities.""As of late February, officials in two other California cities, Davis and Santa Monica, had also pledged to bail on future banking contracts with Wells Fargo. Davis will be withdrawing its $124 million account from the bank; Santa Monica plans to take its $1 billion elsewhere as well."