Celebrating Freedom -- Chelsea Manning and US Spy Files on Indigenous 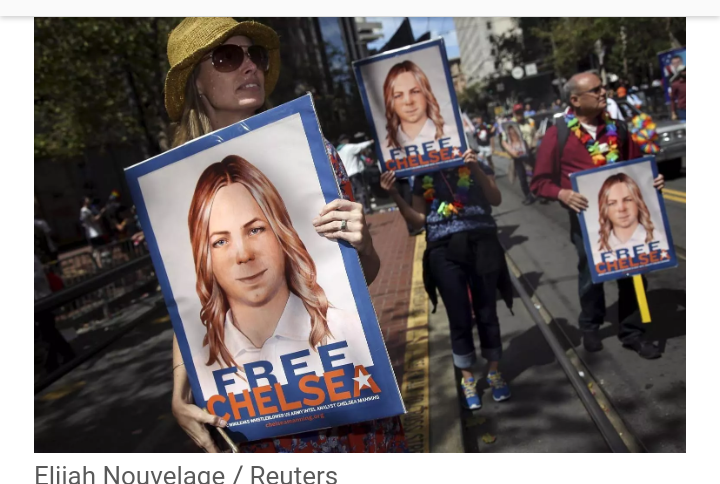 In celebration of the release of Chelsea Manning today, we share our original work of the cables of the US State Department.
With some time on my hands, after being censored as a mainstream journalist, I spent six months reading and writing about these cables.
These cables revealed Hillary Clinton as head of the US State Department, spied on Mohawks, Mapuche, Presidents Evo Morales and Hugo Chavez, and more during the Obama Administration.
The murderous campaign of the US included a new mining coalition of five countries to push mining in Peru as Indigenous lay dying defending their lands.
Clinton also demanded that US Ambassadors get secret DNA samples from foreign diplomats in Africa and Paraguay.
The United States secret government targeting Indigenous Peoples, and people of color, was exposed.
The U.S. secret government -- where corporations and wealth take precedence over human life -- was spread out for the world to see.
In a democracy, truth telling should never be a crime.
The error was not in the publication of these cables -- but in the United States secret shadow government which prevents the people from knowing the truth, and deploys its lies and deceptions in its false self portrait to the world.

Thanks for reading Censored News, now in our 11th year with no grants, ads or revenues.
http://bsnorrell.blogspot.com/2011/12/wikileaks-revealed-us-espionage-of.html?m=1

When:    10AM to 5:00PM
Info:        510-236-4250, www.ism-norcal.org
We'll have FAIR TRADE ORGANIC EXTRA VIRGIN Palestinian olive oil, zaatar (thyme), kufiyas, and much more.  Please join us to benefit Palestinian farmers and nonviolent resistance in Palestine.  If you only want to buy, that's OK, too.  We have Palestinian soap, books, flags, stickers and the jewelry of Katie Miranda.  The fun, fellowship and aroma of olive oil are hard to beat. The oil and other items will be sold to raise money and awareness for the work of the ISM.
Stopping nonviolent resistance volunteers from entering Palestinian communities is a major priority for the Israeli regime, but we continue to send them and to provide training.  Meet our volunteers and listen to their stories as you bottle oil.

You are welcome to bring food, but we will have some typical Palestinian dishes to offer as well. Bring family, friends, etc. Our products make great gifts with a human rights message.  It all helps Palestinian farmers and businesses as well as nonviolent resistance in Palestine.

This year we sent $12,000 worth of cameras to Palestinian organizations that are documenting human rights violations on the ground.  One of our cameras was the second of Emad Burnat's Five Broken Cameras, nominated for an Academy Award.  Another captured the murder of Abdul-Fattah Al-Sharif, shot in the head by Israeli soldier Elor Azaria as Al-Sharif lay wounded on the ground.

Thanks for your support and we hope to see you there.

Editor:
Stephen Hawking, regarded as one of the greatest modern day scientific thinkers on the realities of earth and space says the human race has only 100 years to find a new planet and to relocate. He suggests that life on this planet will come to an end because of climate change, nuclear war and viral genetic diseases.  So according to Hawking there are only 4 generations left.
Going to a new planet sounds so far-out-there, science fictional and unrealistic, but science and technology say it’s possible. Who will be on the spaceship to the new world? It is not going to be us “regular folks”, if it happens, it will be the billionaires and millionaires.
America as much of the civilized world is hooked on extractive energy development, the addiction is fatal as it is killing the planet. And just like with any addiction, it craves more and more. The physical addiction is further driven by the gluttony to make more money profit. The Navajo Nation as an energy state is also hooked and contributing to the reality of climate change. Our Navajo leadership demonstrate that addiction by frantically looking for ways to keep Navajo Generating Station running and also appearing to be to be in favor of the dastardly business of fracking.
I understand that the current level of extractive energy development around the globe is already beyond the limits of what was considered “safe” in terms of realizing the opportunity for extended life of the earth. And that any new development will only accelerate the end of life of the earth. The advocacy to oppose new development is not to be against the livelihood of people, but to advocate for the extended life of the planet.
From a traditional Native perspective, we have some understanding of the actual physical and spiritual damage that is being done to the earth with massive mineral extraction. We willingly take part in hurting the earth, then we talk about honoring the Earth Mother and how we should walk in beauty on her. Makes me wonder how those who pray with the corn pollen or sit at the sacred fireplace justify their support for hurting the earth….for those that do. The other great contradiction is, we say the future belongs to our grandchildren and generations to come; by participating in killing the earth, we are also killing the future of our children.
Chili Yazzie
Shiprock, Navajo Nation