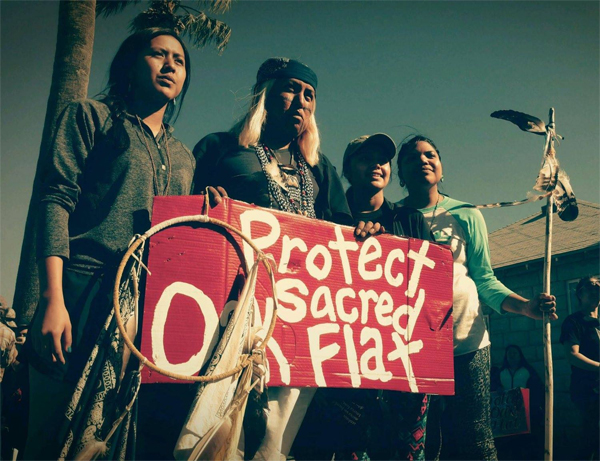 The author is Dr. John R. Welch, a professor at Simon Fraser University, jointly appointed in the Department of Archaeology and the School of Resource and Environmental Management.

Terry Rambler, Chairman, a direct descendant of the Tsé Binesti'é (Surrounded by Rocks People) Apaches (Aravaipa Band) who, with the T'iis Tsebán (Cottonwoods Gray in the Rocks People) Apaches (Pinal Band), occupied the rugged Pinal Mountains between Winkleman and Superior, said "Archaeologists and historians are finally verifying what my elder relatives have been saying for generations: pioneer settlers wanted the silver and gold under our camps, hunting areas, oak groves, and spiritual areas. They used every means at their disposal to kill our people and chase us away. Welch deserves credit, and I hope the powers that be will pay attention to his research even if they have ignored Apache voices. The time has come to break a century and half of mining industry control over government decision making and public land and water. The proposed Resolution Copper Mine reveals that Congress cares little about Apache welfare or spirituality, the potential contamination of the local aquifer, or a fair return to the American people for the billions in copper ore planned for extraction from national forest lands."

Welch's article chronicles cold-hearted miner propaganda that portrayed Apaches as bloodthirsty savages to incite scorched earth campaigns that killed over 380 Apaches in and near the Pinal Mountains in less than 15 years. In an 1865 example cited in the article, U.S. Army General John S. Mason ordered that "Apache Indians in this [Arizona] Territory are hostile and all men old enough to bear arms who are encountered will be slain. . . . All rancherias, provisions and whatever of value belonging to the Indians . . . will be destroyed." In 1870, U.S. Army Captain H. Moulton and miner Calvin Jackson led a joint, Army-prospector foray by into the Pinal Mountains, hunting Apaches and staking mining claims for themselves, their superior officers, and their investors. The following year Arizona Governor Anson P. K. Safford led a similar expedition across Tsé Binesti'e and T'iis Tsebán territory. A striking pattern emerges from the 35 attacks known to have killed Apaches in their Pinal Mountain homelands: Federal and Territorial government officials authorized militarized gangs to hunt and kill families, often at dawn's early light. The great majority of those murdered were T'iis Tsebán and Tsé Binesti'é women and children. Welch's grim tally does not include the approximately 80 Pinal and Araviapa Apache women and children slaughtered on April 30, 1871 while under Army protection at Camp Grant

Most non-Indians think Apaches started the so-called Apache wars, massacred helpless settlers, then got what they deserved when the tables turned. Welch exposes this thinking as historical fallacy. During that same period, Pinal and Aravaipa Apaches killed only about 70 non-Apaches, all or most of them men. Welch found that most of the 34 incidents that resulted in non-Apache fatalities occurred when Apache expeditions to find food were intercepted. In an honest comment about the lopsided slaughter, U.S. Army General John Pope's 1871 report states, "depredations of the Apaches have been continuous for twenty-five years past, but they are insignificant in extent and generally confined to the plunder of a few sheep and mules and the occasional murder of a lonely sheepherder." Welch's research reveals that Americans were the aggressors in the "Apache Wars" and that, at least in eastern Arizona mountains, miners plotted the bloody campaigns then reaped the benefits.

The article offers one important basis for the San Carlos Apache Tribe's leadership in protecting the western reaches of the Pinal Mountains from destructive mining. The Tribe has worked with dozens of other tribes and hundreds of allies to prevent and repeal Section 3003, the Southeast Arizona Land Exchange and Conservation Act ("SEALECA"), of the FY 2015 National Defense Authorization Act ("NDAA"). After more than a decade of relentless pressure by mining industry executives and lobbyists, the U.S. Congress adopted the SEALECA as a "rider" to the NDAA two years ago.

The SEALECA rider gives 20,000 acres of Tonto National Forest lands to Resolution Copper, a limited liability corporation created by foreign-owned mining companies (Rio Tinto and B.H.P. Billiton) to enable the largest copper mine in North America, which will destroy the Chi'Chil Bildagoteel (known as Oak Flat), a Pinal and Aravaipa Apache sacred place. Chi'Chil Bildagoteel will be destroyed by subsidence caused by the copper ore removal, some 7,500 below ground, through a method known as block and cave mining. In addition, the Resolution Copper Mine will consume nearly 680,000 acre feet of water over 40 years, enough water for 168,000 homes, and likely destroy the aquifers below the Town of Superior, Arizona.

The Chi'Chil Biłdagoteel Historic District is a multi-tribal traditional cultural property formally listed in the U. S. National Register of Historic Places.