On the Border, the United States Has Forgotten Its Name 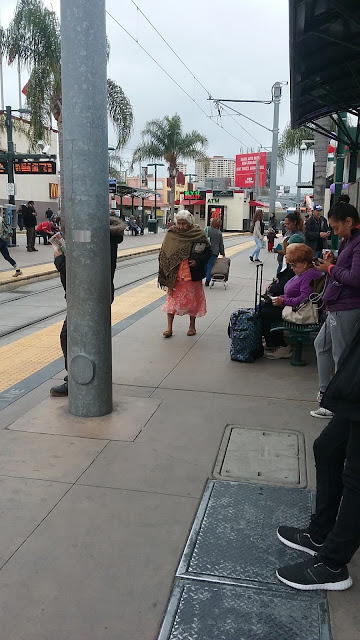 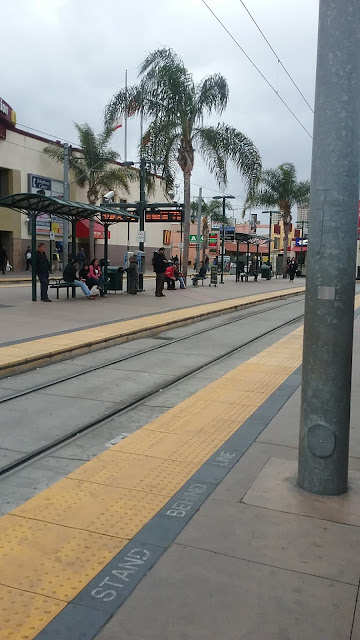 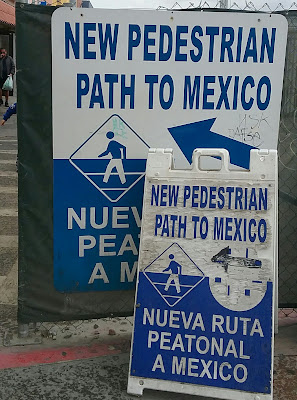 On the border, the United States has forgotten its name

SAN YSIDRO BORDER, Calif. -- It is calm and peaceful on the border today. All the hustlers are in Washington.
It is usually calm on the border -- except when U.S. Border Patrol agents are harassing, beating and killing people of color.
If the U.S. Border Patrol agents could find a reason to beat or shoot someone today, they would be doing this.
On the footpath to Mexico, women with gallons of milk and groceries in their carts are headed home. Young people eat pizza and shop for cell phones.
There are no hordes of migrants rushing the border, as President Trump would lead people to believe in his acceleration of racial hatred, his push for racial violence, in the United States.
At the end of the Blue Line Trolley from San Diego, on the border here, there are no "We Hate Trump" banners.
There are no posters here to remind all that "First Lady Melania Trump is an Immigrant."
Perhaps no one could welcome refugees better than First Lady Melania Trump, who is herself a migrant.
In this quiet calm, the foot path to Mexico is busy, there seems to be more interest into getting into Mexico, than in getting out of the United States today.
But just a few feet away, on the other side of the border in Tijuana, Mexico, migrants desperate for safety have reached the border on the migrant caravan.
It is cold and sprinkling rain today. They have no food or shelter.
Many have walked long distances, some across countries, some with infants in their arms, fleeing violence in Honduras and elsewhere in Central America, some fleeing domestic violence, others fleeing terrorism.
Those who live along the border, with their groceries today, show the burden of the real life awaiting the migrants who wait for asylum in the United States.
Those who have come from the south, and spent their lives here in the United States are weary. Their backs are bent from a life time of scrubbing floors, picking vegetables, mending roofs, and lifting the loads that no one else wants to lift.
Another terrorism awaits many who do come to the United States now, seeking a better life -- imprisonment in the U.S. prisons-for-profit system, filled with migrants.
The only drama today is the ocean. It is churning, thrashing its waves, and crashing into the shoreline.
Perhaps the ocean knows, remembers, the tenets of the ancients -- to welcome weary souls, to harbor the desperate, feed the hungry, shelter the dispossessed, and give safety to the women, the life givers, and the little ones.
The water has its memory.