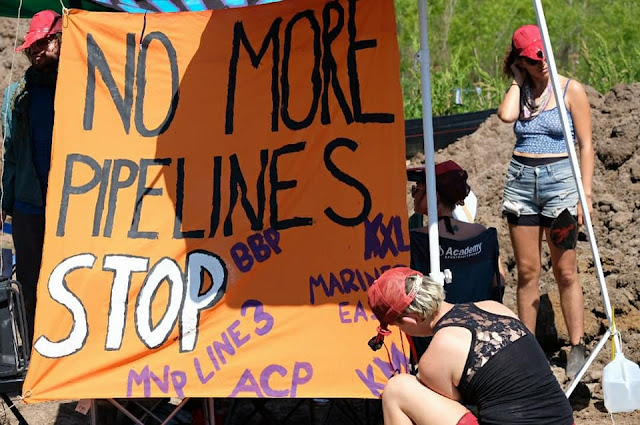 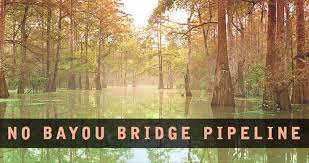 I'm on the advisory council for the L'eau Est La Vie Camp in rural south central Louisiana.
Our non-profit owns 11 acres on the path of the Bayou Bridge pipeline, where we have a small resistance camp and very little infrastructure.
It is Atakapa-Ishak traditional lands and we have their blessing and support.
The pipeliners are doing drive by's and have vandalized the sign, and approached the fencing demanding answers.
The camp cat was poisoned over the weekend.
Helicopter surveillance pretty heavy this week, police intimidation.
Folks tried to run (name withheld) off the road early on. She's constantly followed even in the grocery store. Her street is always under watch.
Work stoppages are happening daily. HB 727 is trying to send us all to prison starting August 1.
We're vetting campers and have a small dedicated crew and working with a much larger coalition, but we need security.
Our folks aren't security, they're on direct action daily now.
The pipeline is 30% in the ground, 40% under construction and by the end of the month we estimate everything outside the Atchafalaya basin will be in the ground. www.NoBBP.org
at May 05, 2018 No comments: