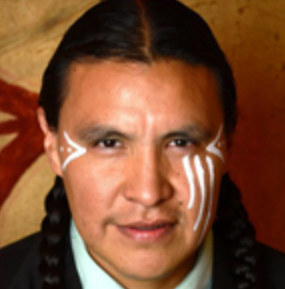 'We Are Not Terrorists' video just released by Chase Iron Eyes and his attorney describing the role of TigerSwan and a PR firm in the militarized police assault on Water Protectors at Standing Rock.
. 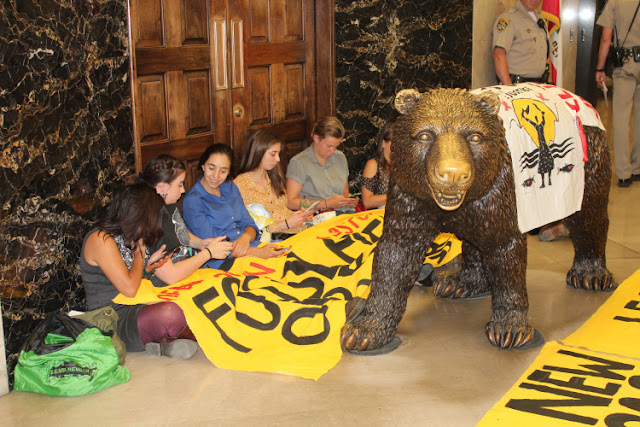 SACRAMENTO, Cal -- As massive wildfires continued to ravage the state, 35 California youth held a sit-in at Governor Jerry Brown's office at the state capitol in Sacramento on Tuesday, August 7, demanding that he freeze new fossil fuel drilling and develop a plan to phase out oil and gas extraction.

On Friday, August 17, U.S. Secretary of Interior Secretary Ryan Zinke issued a controversial memo calling for actions to be taken to "maximize Central Valley Project deliveries" to agribusiness and other water contractors. 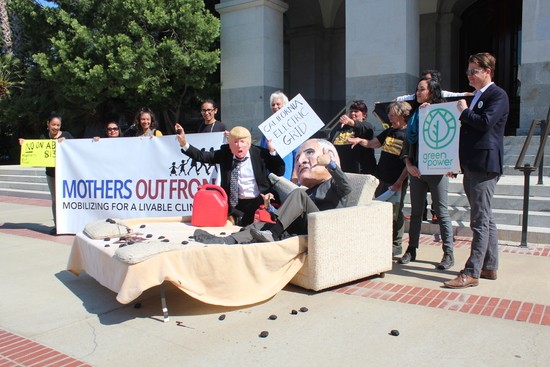 A coalition of environmental and consumer groups held a press conference against AB 813 at the State Capitol in Sacramento yesterday. Photo by Dan Bacher.

The National Sheriffs' Association lobbied Congress for more military gear, and brought in law enforcement from around the country to attack water protectors at Standing Rock in 2016.
In egregious conflicts of interest -- the Sheriff's Association received funding from TigerSwan, and the President of the Sheriffs Association, from Lake Charles, Louisiana, had much to gain. Southern Louisiana was at the end of the pipeline. Bayou Bridge Pipeline would carry oil from Dakota Access Pipeline.
The facts of this investigative report are now more important as ever, as Louisiana residents battle both the Bayou Bridge Pipeline and TigerSwan.
This report by Desmog Blog reveals how law enforcement does the dirty work for oil companies, and how private, highly-paid mercenaries, manufacture war.

In the Heat of Dakota Access Pipeline Protests, National Sheriffs Association Lobbied for More Military Gear
By Steve Horn and Curtis Waltman
April 27, 2017 Desmog Blog
Excerpts
At the end of 2016, as a mix of sheriffs, police, and private security forces were clashing with those protesting the Dakota Access pipeline at the Standing Rock Sioux Reservation, the National Sheriffs' Association was lobbying Congress for surplus military gear and on undisclosed issues related to the now-operating oil pipeline. This information comes from federal lobbying disclosure forms reviewed by DeSmog.
Some of the organization's funding comes from corporate sources, according to its website, which includes the private security company TigerSwan. As DeSmog reported in October 2016, TigerSwan maintains offices in both Iraq and Afghanistan and is run by a special forces Army veteran. TigerSwan was put “in charge of Dakota Access intelligence and supervises the overall security,” according to an investigation conducted by Morton County in North Dakota.

Greg Champagne, president of the National Sheriffs' Association and sheriff of St. Charles Parish in Louisiana, was also intimately involved in Standing Rock. In late October, Champagne traveled there for a publicity appearance, which was funded by the EMAC agreement.
Read article at Desmog Blog: