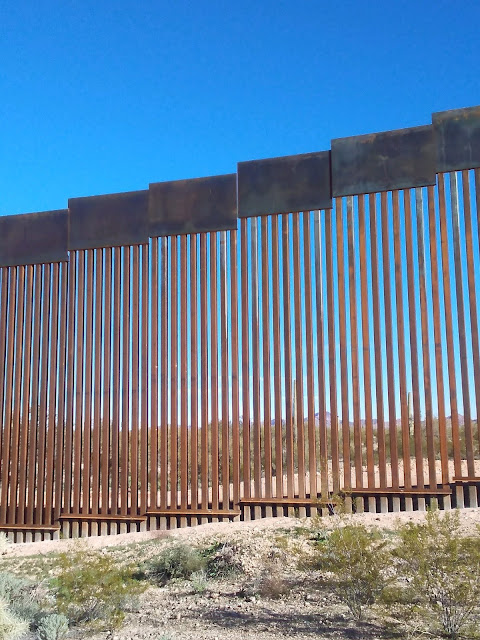 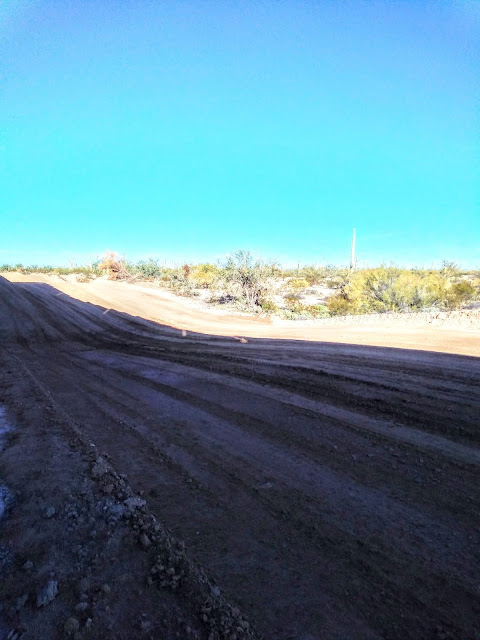 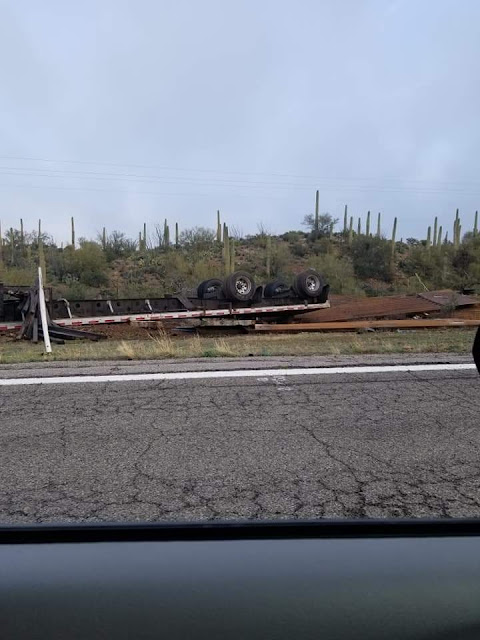 Human remains, dating between 300 and 1500, Classic Hohokam who are O'odham ancestors, were found in this area in the spring and fall of 2019. The U.S. government and the contractors knew they were violating state and federal laws by digging up graves in an area known as a sacred and ceremonial place of O'odham, and kept this secret until January of 2020.

Rivas is founder of O'odham Voice against the Wall and has spent her life speaking out against the U.S. Border Patrol and militarization of O'odham lands.

The destruction affects O'odham who live on their land in communities on both sides of the so-called border in Arizona and Sonora, Mexico.

Although human remains were found in the spring and fall of 2019, the information was not made public until January 2020 after much destruction was already carried out. More destruction is now underway.

Rivas said, "The wall is piecemeal -- a systematic government policy. I wonder if this is an opportunity to generate controversy to distract the focus on other things going on behind the public eye."

"Tribal authorities have not only neglected these original homelands in their conscious but have continued their repetitious rhetoric trying their best to continue to conform to foreign capitalistic ideologies -- very damaging to O'odham obligations as original people of these lands with original mandates to live in balance with all nature."

"Our children and future generations are being robbed of an equitable life," Rivas told Censored News.

Rivas said the fast-tracked environmental assessment for the border wall shows the irresponsibility of the State of Arizona and United States federal government.

"The border wall contractors Southwest Valley Constructors of Albuquerque, and all the other contractors, are speeding from the border to Ajo, Arizona. The trucks speeding on Highway 86 are endangering people on the road."

"The State government is being irresponsible endangering not just local O'odham, but also endangering local tourist citizens and winter visitors. The main traffic is on Highway 86."

"The State must reconsider this traffic route for the safety of all. A petro truck crashed on this highway last year."

Rivas said, "I am an original person of these lands. I have long strived to be a voice for the plants and animals, the water and mountains, and honored O'odham that have survived since the beginning of time to continue our honored sacred obligations to live here."

"I am a witness to the outright ethnocidal manipulation of our people in writing, in an adverse foreign language, to distort and change our people who are in so-called authority."

"I am a witness to physical and psychological war tactics, attacks on O'odham. I have witnessed the commodification and commercialization of our ancient knowledge from our land, knowledge of our ceremonial and our hunting and tracking knowledge, and to our food knowledge."

may not be used without permission

(Arizona Central) "Regardless that it isn't within our reservation boundaries anymore, but it's clear, we have inhabited this area since time immemorial," Chairman Ned Norris Jr. said. "They're our ancestors. They're our remnants of who we are as a people, throughout this whole area. And it's our obligation, it's our duty to do what is necessary to protect that."


(National Park Service) Three bone fragments were found atop the ground during work last spring and fall close by Quitobaquito Springs near the southwestern corner of the monument, Marco De Leon, chief of public affairs for the Park Service's Intermountain Region in Colorado, said Tuesday in an email. The fragments are suspected to be of the Classic Hohokam Period," said De Leon. That period dates to between 300 and 1500 AD.

(Censored News) In October, when these photos were taken, Southwest Valley Constructors of Albuquerque was bulldozing protected Saguaro Cactus for the border wall in Arizona. They dug up human remains of O'odham ancestors from a grave near the sacred spring at Organ Pipe. It was kept secret until January. The U.S. government and the contractor knew it was violating all state and federal protection laws. Human remains were also dug up in the spring of 2019 here, according to the National Parks Service, in an e-mail made public in January. https://bsnorrell.blogspot.com/2019/10/border-wall-trumps-bulldozers-killing.html